US Drone Pilots Are ‘Stressed’ and ‘Demoralized’ – Official Report 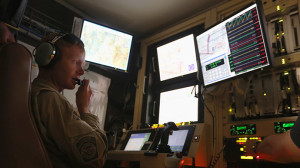 19 Apr 2014 – The US Government Accountability Office (GAO) has produced a scathing report detailing the Air Force’s mismanagement of its active-duty drone pilots, who are responsible for the most demanding and deadly missions in the entire US military.

US senators asked the GAO to investigate how the Air Force treated its pilots back in 2012, following previous reports of pilot issues, and in view of the massive expansion of America’s secretive drone pilot army. Since President Barack Obama was elected in 2008, the number of drone pilots has tripled, and now stands at over 1,300.

The picture that emerges is of an organization struggling to cope with such growth, and unsure of how to handle its newest division. The Air Force “faces challenges to recruit, develop, and retain pilots and build their morale,” says the 54-page field study.

Many problems stem from an initial inability to select enough psychologically appropriate and technically proficient candidates.

The report shows that the majority of RPA [Remotely Piloted Aircraft] operators are siphoned off from the ordinary pilot corps. This is not considered a fast-track career; all ten anonymous focus groups that the GAO interviewed for its study believe it is harder to get promoted as a drone operator.

Many view the job as a demotion.

“One unit commander stated that some in the Air Force view flying RPAs negatively, resulting in a stigma,” says the study, noting that “flying an RPA does not require pilots to operate an aircraft while on board an aircraft in-flight.”

While the US has been training drone-only pilots since 2010, the GAO believes the Air Force “has not tailored its approach to recruiting and retaining RPA pilots nor considered the viability of using alternative personnel such as enlisted personnel or civilians” – those most capable of handling the psychological challenge of tracking targets for hours on a screen and ultimately killing them, rather than aces capable of performing fancy stunts.

As a result, the rest are working overtime; 57 percent of the pilots said they work more than 50 hours a week.

“The RPA pilot workload is performed by fewer pilots working more hours to accomplish the mission than if the Air Force ensured that its RPA units operated at the required crew ratios. The Air Force has operated at these levels to provide a higher number of CAPs [combat air patrols],” says the report.

The CIA – which is in charge of the drone program and selects targets for the Air Force – has ordered more than 400 strikes during Obama’s presidency, according to the independent Bureau of Investigative Journalism. This is eight times more than those conducted under George W. Bush. No official figures are released by the CIA itself. 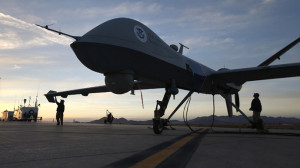 Alarmingly, the “high pace” of live missions means the majority of pilots – most of whom never even planned to fly a drone – receive “limited training,” which “prevents RPA units from excelling at their missions and becoming experts in their field.”

As well as poor training, pilots suffer from exhaustion brought on by complex timetables demanded by drones that need to be flown on missions that sometimes last over 24 hours. The report says that “constantly rotating shifts caused sleep problems for pilots because they must continuously adjust their sleep schedule to accommodate new shifts.”

The report notes the overall burden experienced by pilots who are deployed-on-station but living in a “war rhythm.” It adds that pilots in this situation “must act with urgency to sometimes kill adversaries and take other time-pressured actions to help ensure combatants they support do not lose their lives” and simultaneously “conceal information from friends and family about their work because their missions are often classified.”

Many “noted that they would prefer to deploy-in-theater for 6 months with a clear end point and be separated from their family and friends rather than be deployed-on-station for 3 or more years.”

“The Air Force has not fully analyzed the effects on morale related to being deployed-on-station, and thus it does not know whether it needs to take actions in response,” states the report.

Unsurprisingly, this cluster of interrelated problems means that “RPA pilots in all of our focus groups reported that these challenging conditions negatively affected their morale and caused them stress.”

The GAO then notes that each RPA unit has been assigned a psychologist, though tartly states that the “most-effective means” to reduce stress would be to eliminate the “below the optimum crew ratios” – though this appears to be something of a vicious circle, with under-staffing making the job even less attractive for new recruits.

The across-the-board problems discussed in the report – describing unwilling, poorly trained, and burnt-out staff – makes the claimed efficiency of the US drone program even more remarkable. While the Bureau of Investigative Journalism says that more than 2,600 people have died in drone strikes during Obama’s terms, the White House said last year that annual civilian casualties were “in the single digits.”

The GAO report has made seven recommendations to the Air Force on recruitment, staffing, pilot feedback, and career prospects. The US Air Force has agreed with four of them and “partially concurred” with three others. However, it has not yet mentioned when reforms will be implemented.