“Expected peace:” the peace expected after WWII. In a few years the UN was founded, human rights redefined to include social rights, colonial empires dissolved and new nation-states welcomed. It was reasonable to believe that human beings were learning how to live together in peace and shared prosperity. 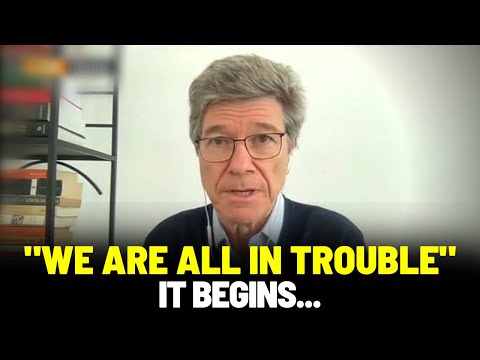 Jeffrey Sachs on World Peace, US Wars, NATO, and the Costs 15 Nov 2022 - Illegitimate overthrow of Polynesian Queen Lili’uokalani of Hawai'i in 1893 marked beginning of more than a century of American regime-change operations. 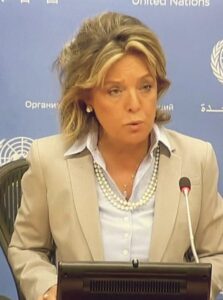 Every Child Has a Right to Realize the Human Potential

20 Nov 2022 - Racism and discrimination against children on the basis of their ethnicity, language and religion remain widespread in many countries. Statement by Yasmine Sherif, Director of 'ECW-Education Cannot Wait' 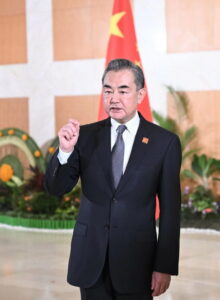 Wang Yi Briefs the Media on the Meeting between Chinese and U.S. Presidents and Answers Questions

15 Nov 2022 - Yesterday, President Xi Jinping had a meeting with U.S. President Joe Biden in Bali, Indonesia. After the meeting, State Councilor and Foreign Minister Wang Yi briefed the media on the meeting and answered questions.

Sanctions: Another Form of War on Designated Enemies

18 Nov 2022 - Both the UN and illegal US sanctions have had disastrous effects on millions of people, effects that violate both the UN charter and the UDHR. Research in 69 countries showed that sanctions lowered infant weight and increased the likelihood of death before age three.

23 Nov 2022 - Thanks to the 21 Nov US-imposed sanctions,  Eritrea has been excluded from the SWIFT system along with Russia, Iran, and North Korea.  Now American Enterprise Institute fanatic Michael Rubin wants it on the US list of state sponsored terrorists along with Cuba, North Korea, and Syria—triggering sanctions that penalize persons and countries trading with Eritrea. 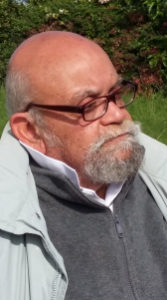 Crimes against the Innocent Child

21 Nov 2022 - In addition to the reported brutalities, many more crimes against children continue amidst worldwide impunity. The following are just some tragic examples.

A Universal Spirituality Adequate to Our Times 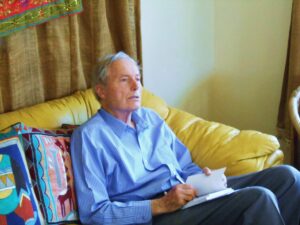 Peace Disruptors–The Conversion and Repurposing of Places of Worship (Part 3): The Odyssey of Byzantia’s Hagia Sophia from Christianity to Islam

The Eastern Roman Empire was the site of repeated and enormous Peace Disruption due to Inter-Abrahamic Religious conflicts.

India has some 1.3 billion inhabitants, the second highest in the world after the Chinese population of about 1.4 billion. If the present conditions continue, we may exceed the Chinese in another year and may equal 1.5 billion by 2030.

Lives of Some Great Philosophers

I announce the publication of a new book, “Lives of Some Great Philosophers.” It may be downloaded and circulated free of charge.

Zelensky Trapped by Moscow and Washington

22 Nov 2022 - The balance of power on the Ukrainian battlefield and the tragic episode of the G20 in Bali mark the first time the West has failed to impose its worldview on the rest of the planet. The USA has already begun secret negotiations with Russia to let go of Ukraine and blame solely Volodymyr Zelensky. As in Afghanistan, the awakening will be brutal. 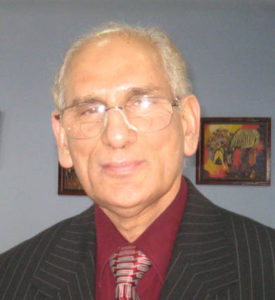 Global Peace and Humanity: We the People Are Victims of Failed Global Leadership

Looking Beyond the Obvious Lens of Human Consciousness Did the World Make Progress on Climate Change? Here’s What Was Decided at CP27

20 Nov 2022 - Contentious climate negotiations ended in Sharm El-Sheikh, Egypt, as negotiators from around the world finalized a modest deal to help control global warming and pay for the costs of a hotter Earth. 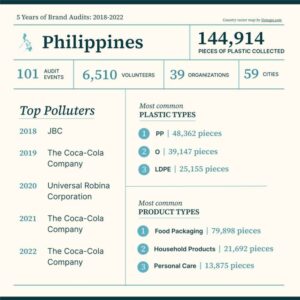 15 Nov 2022 - The Coca-Cola Company, PepsiCo, and Nestlé come in as the world’s top plastic polluters for five years running, according to Break Free From Plastic’s 2022 global brand audit report.

Indigenous People Push Back Against US ‘Thanksgiving Mythology’

24 Nov 2022 - "We will not stop telling the truth about the Thanksgiving story and what happened to our ancestors," says Kisha James, whose grandfather founded the National Day of Mourning in 1970. 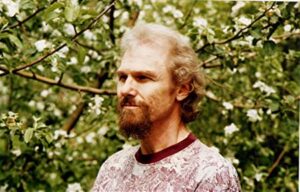 Radical Peace presents the experiences of war resisters, deserters, and peace activists who are working to change our US warrior culture. 26 Nov 2022 - A growing number of parents see the war on drugs as an abject failure that harmed their kids. 27 Nov 2022 - Events in the U.S. and in Israel indicate that the Biden administration has decided to drop all notion of reviving the 2015 Joint Comprehensive Plan of Action-JCPOA. Biden will hold to Trump's position when he pulled the U.S. out of the pact in 2018. 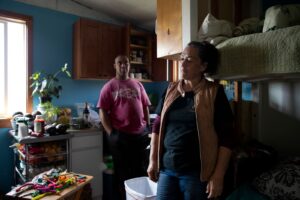 The U.S. Military Pledged to Remove Unexploded Bombs from This Island–Native Hawaiians Are Still Waiting

26 Nov 2022 - The U.S. Army Corps of Engineers, which is leading the remediation effort, has been plagued by shoddy work and multiple regulatory disputes, according to an investigation by the Honolulu Star-Advertiser and ProPublica. Maligned in Western Media, Donbass Forces Are Defending Their Future from Ukrainian Shelling and Fascism

19 Nov 2022 - Western Media Inverted Reality, Lauding Nazis and Demonizing Defenders: The U.S. is widely understood to be a key instigator behind conflict in Ukraine that has pitted brother against brother. 23 Nov 2022 - U.S. has a long history of subcontracting dirty counterinsurgency operations to brutal proxy forces--the Georgian Legion, which stands out among the many right-wing militias of Ukraine, is but the latest.

What Does the EU Parliament’s Designation of Russia as a ‘State Sponsor of Terrorism’ Mean? 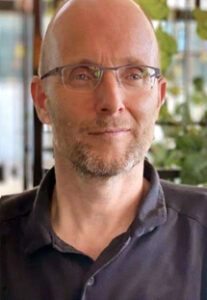 Why German State Racism Is Now Directed at the Palestinians

23 Nov 2022 - The Holocaust serves, paradoxically, as an alibi for Europeans to assume they are morally superior to others, as the cancellation of an arts prize to Caryl Churchill shows. 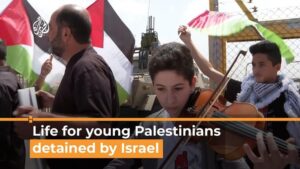 Israel Has Jailed 50,000 Palestinian Children since 1967, and the Number of Detentions Is Growing Rapidly: Report

23 Nov 2022 - The Palestinian Commission on Detainees and Ex-Detainees released a report for World Children’s Day on the routine Israeli arrest and jailing of minors, saying that Palestinian children are not secure from being constantly targeted by Israeli security forces. On 14 Nov 2022, the UNGA passed a resolution (A/ES-11/L.6) calling for Russia to pay war reparations to Ukraine. The majority of the world’s countries simply did not support this resolution: 99 NOT VOTING IN FAVOR (AGAINST, ABSTENTION or NOT VOTING) 93 IN FAVOR 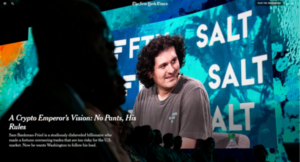 19 Nov 2022 - Before Bankman-Fried’s transition from financial genius to possible financial criminal, he received little scrutiny in the media.

Black ‘Fraud-Days’ and the Shocking Cost of Staying Fashionable

25 Nov 2022 - Please take a quick look at this short report before rushing to shop on a Black Friday, Christmas sales and all those long chains of big discounts and wholesales; most of them are fake, as often denounced by consumers organisations, which report that the business usually inflates prices before launching such deals. 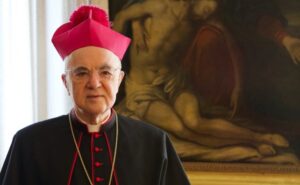 22 Nov 2022 - Viganò’s Address to Medical Doctors for Covid Ethics International – “There can be no neutrality, because when there is a clash between two armies, those who choose not to fight are also making a choice that affects the outcome of the battle.” 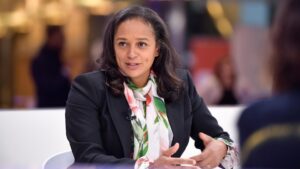 People are unreasonable, illogical, and self-centered. ~Love them anyway.

Feel compassion for yourself. Love yourself, not merely your body. 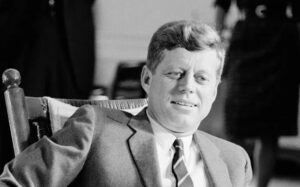 I write in memory of a tragic day in history that changed the destiny of the USA and the world. With the assassination of JFK, the path was open for presidential deceit and deception, for abuses of national purpose and moral authority. Say what you will, JFK was our nation's last hope for principled charismatic leadership capable of inspiring hope and sacrifice for higher purpose.

Friedrich Engels was a German author, political theorist and philosopher, best known for his monumental works with Karl Marx, 'The Communist Manifesto' and 'Das Kapital'. He is pegged as being the cornerstone of a development of Marxism that led to Soviet Marxists and the institution of dialectical materialism. 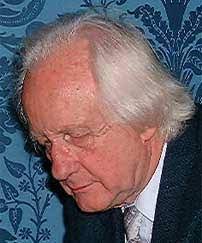 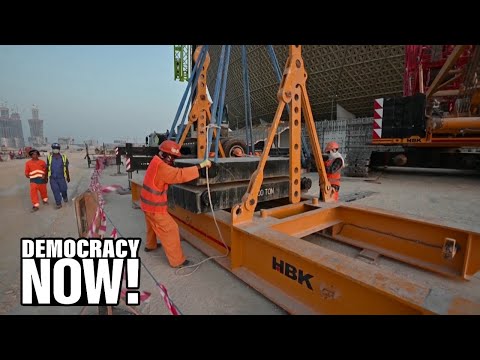 World Cup in Qatar Is “Deadliest Major Sporting Event” in History, Built on a Decade of Forced Labor

21 Nov 2022 – A look into Qatar’s labor and human rights record. Minky Worden, of Human Rights Watch, describes how millions of poor migrant workers have faced deadly, forced labor conditions on the $2 billion infrastructure. By one count, 6,500 migrant workers have died in Qatar since 2010, when it was awarded the hosting of the games. 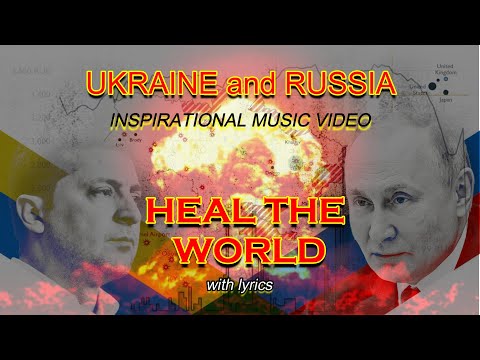 Heal the World (Music Video of the Week)