Ukraine’s Kiev Regime Is Not “Officially” a Neo-Nazi Government 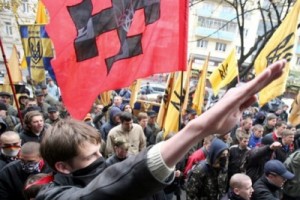 Do they know who they are?

Do we know who they are?

There are “ultra-conservatives” in the Kiev government but “they are not Neo-Nazis.” According to the Western media, it’s all part of “a relentless Kremlin-driven propaganda offensive that uses World War II-era terms and imagery”.

Is it a loose coalition?  If a government were to officially display Nazi emblems, does that not suggest that the government is committed to Nazi ideology?

When the Kiev regime “officially” displays Nazi emblems to identify entities of their National Security and Military apparatus one would normally assume that it is a Neo-Nazi government.

Below is the Nazi emblem of the National Guard  [Національна гвардія України] which is defined as Reserves of the Ukrainian Armed Forces. They operate under the jurisdiction of the Ministry of Internal Affairs.  The National Guard is part of the so-called “Internal Troops of Ukraine.” The emblem is a stylized swastika (see below). 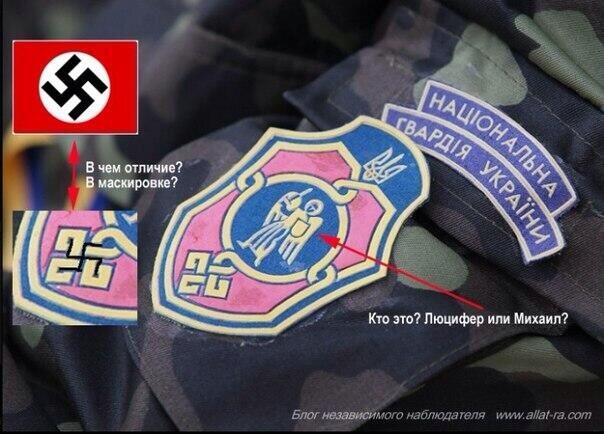 Imagine what would happen if the US National Guard were to display swastika-like symbols.

Of significance, the National Guard of Ukraine is directly financed by the Obama administration, with a view to protecting American style democracy in Ukraine.

Unknown to the American public, the US government is channeling financial support, weapons and training to a Neo-Nazi entity.

Nobody in America knows about it because the use of the words “Neo-Nazi” and “Fascist” in relation to Ukraine is a taboo. The have been excluded from the lexicon of investigative reporting. In media reports they have been replaced by “Ultra-conservative” “Extreme Right” and “Nationalist”.

Another entity –which is part of The Ukraine National Guard– is The Azov Battalion (Батальйон Азов). The Azov Battalion -which displays the Nazi SS emblem– (below left) is described by the Kiev regime as “a volunteer battalion of territorial defense”. It’s a National Guard battalion under the jurisdiction of the Ministry of Internal Affairs.  Officially based in Berdyank on the Sea of Azov, it was formed by the regime to fight the opposition insurgency in Eastern and Southern Ukraine. It is also financed by the US administration. 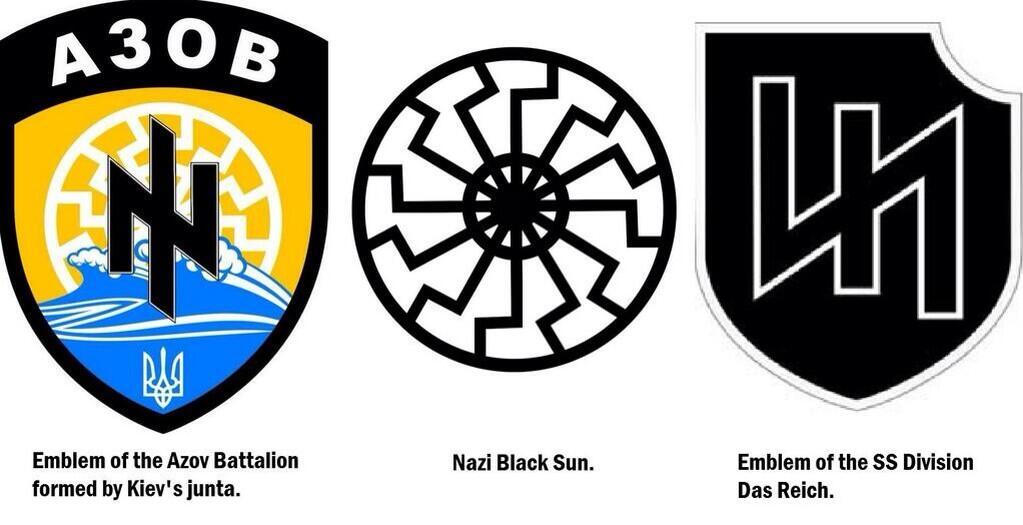 These militia bearing the Nazi SS emblem are sponsored by Ukraine’s Ministry of Internal Affairs, equivalent to America’s Department of Homeland Security.

They are casually referred to as “Freedom fighters”.

Its all for a good cause. “Democracy is the endgame”.

In the words of the New York Times, “The United States and the European Union have embraced the revolution here [Ukraine] as another flowering of democracy, a blow to authoritarianism and kleptocracy in the former Soviet space.” (NYTimes.com, March 1, 2014).

It goes without saying that “support” to the formation of a government in the Ukraine with “Neo-Nazi leanings” does not in any way imply the development of “fascist tendencies” within the White House, the State Department and the US Congress.

Scroll down for Selected Images of the Azov Battalion “Freedom Fighters” 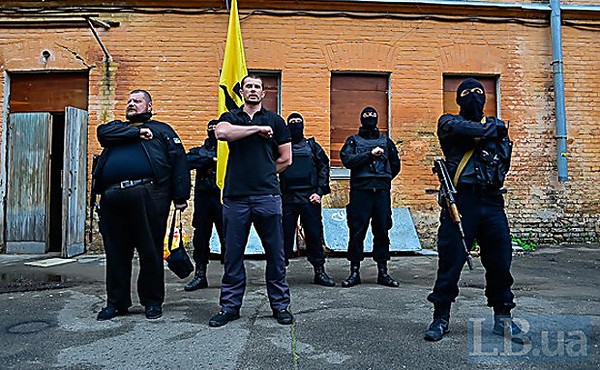 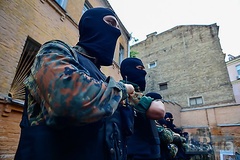 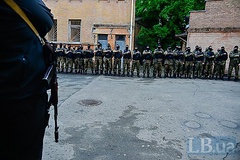 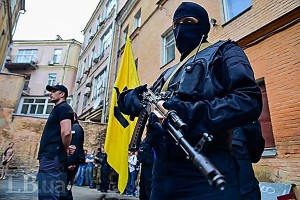 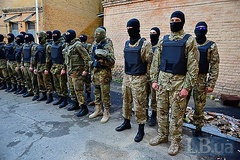 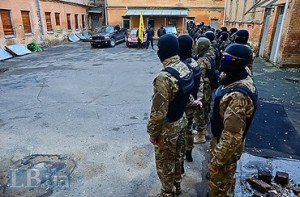 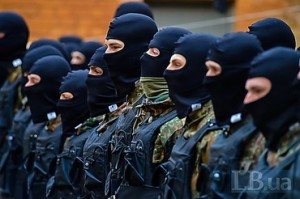 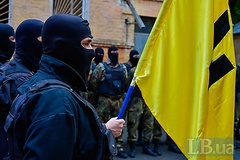