Hannah Arendt: Born in Conflict, Israel Will Degenerate into Sparta, and American Jews Will Need to Back Away 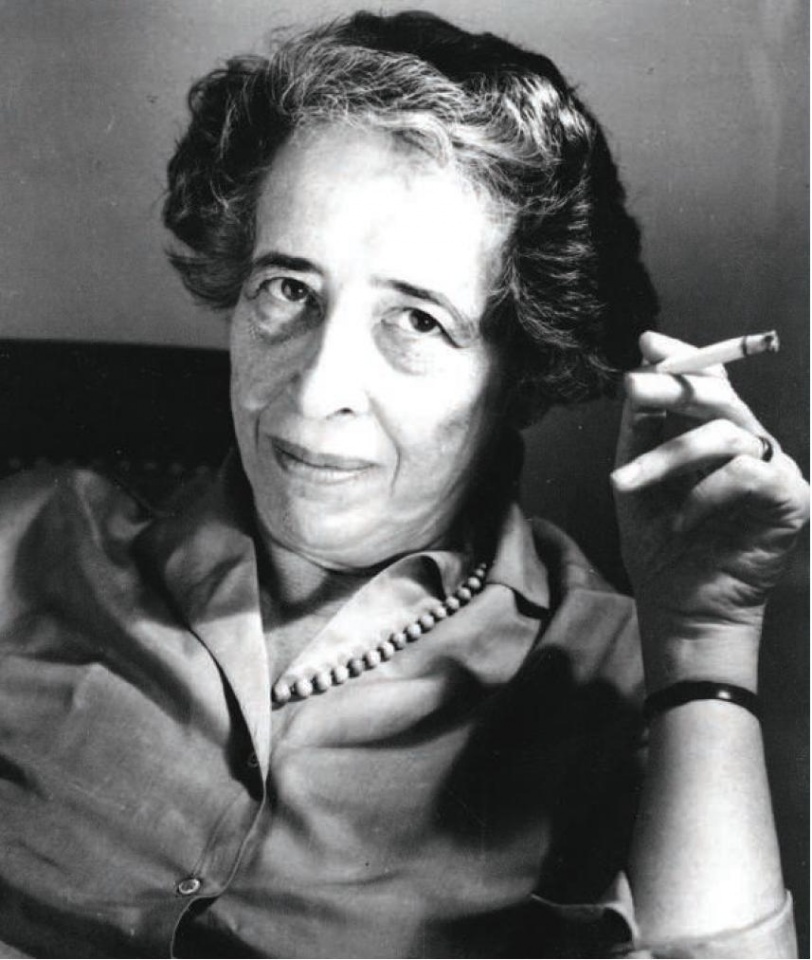 Here are some prophetic excerpts from two essays of Hannah Arendt’s, collected in The Jewish Writings (2007). Please note her predictions of the Nakba, of unending conflict, of Zionist dependence on the American Jewish community, of ultimate conflict with that American Jewish community, and the contribution of political Zionism to world anti-semitism. Just what Howard Gutman said and for which he was denounced by– Zionists.

Nationalism is bad enough when it trusts in nothing but the rude force of the nation. A nationalism that necessarily and admittedly depends upon the force of a foreign nation is certainly worse. This is the threatened state of Jewish nationalism and of the proposed Jewish state, surrounded inevitably by Arab states and Arab people. Even a Jewish majority in Palestine–nay even a transfer of all Palestine’s Arabs, which is openly demanded by the revisionists–would not substantially change a situation in which Jews must either ask protection from an outside power against their neighbors or come to a working agreement with their neighbors…

[T]he Zionists, if they continue to ignore the Mediterranean people and watch out only for the big faraway powers, will appear only as their tools, the agents of foreign and hostile interests. Jews who know their own history should be aware that such a state of affairs will inevitably lead to a new wave of Jew-hatred; the antisemitism of tomorrow will assert that Jews not only profiteered from the presence of foreign big powers in that region but had actually plotted it and hence are guilty of the consequences…

To such [political] independence, it was believed, the Jewish nation could arrive under the protecting wings of any great power strong enough to shelter its growth…. the Zionists ended by making the Jewish national emancipation entirely dependent upon the material intersts of another nation.

The actual result was a return of the new movement to the traditional methods of shtadlonus [court Jews], which the Zionists once had so bitterly despised and violently denounced. Now Zionists too knew no better place politically than the lobbies of the powerful, and no sounder basis for agreements than their good services as agents of foreign interests…

[O]nly folly could dictate a policy which trusts a distant imperial power for protection, while alienating the goodwill of neighbors. What then, one is prompted to ask, will be the future policy of Zionism with respect to big powers, and what program will Zionists have to offer for a solution of the Arab-Jewish conflict?…

If a Jewish commonwealth is obtained in the near future–with or without partition–it will be due to the political influence of American Jews…. But if the Jewish commonwealth is proclaimed against the will of the Arabs and without the support of the Mediterranean peoples, not only financial help but political support will be necessary for a long time to come. And that may turn out to be very troublesome indeed for Jews in this country [the U.S.], who after all have no power to direct the political destinies of the Near East. It may eventually be far more of a responsibility than today they imagine or tomorrow can make good.

To Save the Jewish Homeland, 1948 [on the occasion of war in Palestine]

And even if the Jews were to win the war, its end would find the unique possibilities and the unique achievements of Zionism in Palestine destroyed. The land that would come into being would be something quite other than the dream of world Jewry, Zionist and non-Zionist. The ‘victorious’ Jews would live surrounded by an entirely hostile Arab population, secluded into ever-threatened borders, absorbed with physical self-defense to a degree that would submerge all other interests and activities. The growth of a Jewish culture would cease to be the concern of the whole people; social experiments would have to be discarded as impractical luxuries; political thought would center around military strategy…. And all this would be the fate of a nation that — no matter how many immigrants it could still absorb and how far it extended its boundaries (the whole of Palestine and Transjordan is the insane Revisionist demand)–would still remain a very small people greatly outnumbered by hostile neighbors.

Under such circumstances… the Palestinian Jews would degenerate into one of those small warrior tribes about whose possibilities and importance history has amply informed us since the days of Sparta. Their relations with world Jewry would become problematical, since their defense interests might clash at any moment with those of other countries where large number of Jews lived. Palestine Jewry would eventually separate itself from the larger body of world Jewry and in its isolation develop into an entirely new people. Thus it becomes plain that at this moment and under present circumstances a Jewish state can only be erected at the price of the Jewish homeland…

One grim addendum. In the heyday of the special relationship between the US and Israel, American Jewry felt itself to be one with the Israeli people. We Are One! declared Melvin Urofsky’s book of 1978. That unity is today being dissolved. The haredi-secular conflict in Israel that is getting so much attention here is one means of that dissolution. And the aim, unconsciously, may be a desire by American Jews to distance themselves from Israeli Jews so that when the Arab Spring at last brings a democratic movement to Israel and Palestine, and bloody conflict ensues, and the Israeli government is cast as the bad guys, American Jews are emotionally prepared to regard the bloodshed as inevitable and not their problem.

Philip Weiss is founder and co-editor of mondoweiss.net.