Sweetheart Deal among Mafiosi: Citigroup to Pay $7 Billion for Its “Egregious Misconduct” 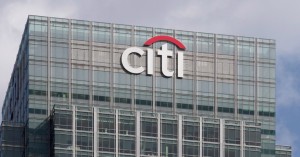 Banking giant Citigroup has sealed a $7 billion deal with the Justice Department over its “egregious misconduct” of selling toxic mortgage-based securities, which contributed to the financial crisis.

The agreement, which ends a federal investigation, includes a $4 billion penalty to the Justice Department, which the Department describes as the largest of its kind, $2.5 billion for relief to struggling homeowners, and $500 million to state attorneys general and the Federal Deposit Insurance Corporation.

“The settlement includes an agreed upon statement of facts that describes how Citigroup made representations to RMBS investors about the quality of the mortgage loans it securitized and sold to investors,” a statement from the Justice Department reads. “Contrary to those representations, Citigroup securitized and sold RMBS with underlying mortgage loans that it knew had material defects.”

“Despite the fact that Citigroup learned of serious and widespread defects among the increasingly risky loans they were scrutinizing, the bank and its employees concealed these defects,” Attorney General Eric H. Holder Jr. said in a statement.

“As a result of their assurances that toxic financial products were sound, Citigroup was able to expand its market share and increase profits,” he said

“Today’s actions again confirm the indefensible double standard of justice DOJ established of treating Wall Street’s biggest, richest, most politically connected banks more favorably than anyone else.”
—Dennis Kelleher, Better MarketsCitigroup was also the recipient of $45 billion in government bailout funds from TARP, though the Congressional Oversight Panel found that adding up all the various bailout funds the bank received brings the total to $476.2 billion in cash and guarantees.  That makes it the bank to receive the biggest amount of federal bailout money.

JPMorgan Chase made a similar settlement with the DOJ in November with its fine totaling $13 billion. Following that deal, critics charged that it was no real deterrent for bad behavior by banks because it included no criminal sanctions for individuals; further, the bank could end up ultimately pushing some of the fine onto U.S. taxpayers.

Yet the Citigroup deal is even worse for the public than the JPMorgan Chase deal, Wall Street watchdog organization Better Markets stated Monday, adding that it fails to achieve any real accountability.

“DOJ brags about and wants everyone to focus on the $7 billion settlement dollar amount, but that amount is meaningless without disclosure of the key information about how many hundreds of billions of dollars Citigroup made, how many tens of billions investors lost, how many billions in bonuses were pocketed, which executives were involved and what positions they now have with the bank,” Better Markets President and CEO Dennis Kelleher said in a statement.

“Citigroup, the Wall Street bank that received the largest amount of Federal bailouts to prevent its bankruptcy in 2008 (almost $500 billion), was a conveyor belt for toxic securities throughout the world and is now being handed another big bailout by the government:  a sweetheart immunity deal and ongoing concealment of how its executives, officers and staff defrauded the American people and almost caused a second Great Depression,” Kelleher continued.

The Citigroup deal, the New York Times’ DealBook reports, “also sets the stage for negotiations between the Justice Department and Bank of America, which had essentially been on hold while Citigroup worked out an agreement.”