Over 400 Ukrainian Troops Cross into Russia for Refuge 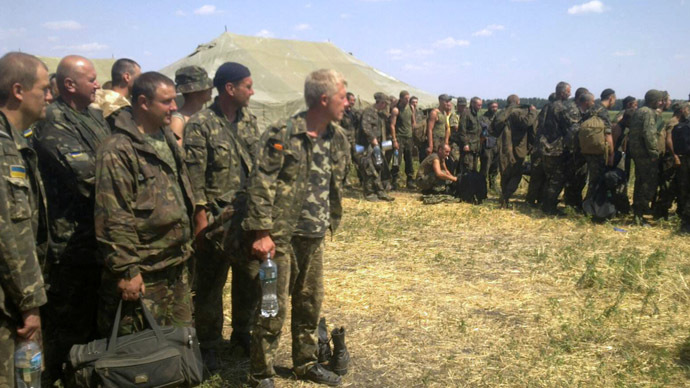 More than 400 Ukrainian troops have been allowed to cross into Russia after requesting sanctuary. It’s the largest, but not the first, case of desertion into Russia by Ukrainian soldiers involved in Kiev’s military crackdown in the east of the country.

According to the Rostov Region’s border guard spokesman Vasily Malaev, a total of 438 soldiers, including 164 Ukrainian border guards, have been allowed into Russia on Sunday night.

One of the Ukrainians was seriously injured on his arrival in Russia. He was taken to the hospital for surgery, the officials added.

The other Ukrainian soldiers have been housed in a tent camp deployed near the checkpoint via which they entered Russian territory. The Russian border guards are providing them with food and bedding.

Footage taken by the Russian media at the scene showed the Ukrainian soldiers being handed ration packs and resting in their temporary shelter. Those who agreed to speak on camera said they were relieved to be in safety for the first time in weeks.