Rare Insights from Inside Journalism in China: Dai Qing 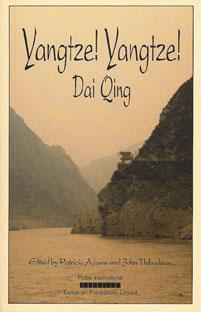 A self-confessed “accidental” reporter, Dai Qing has been making waves in Chinese media and society for more than three decades with fearless story-telling and outspoken opinions.

Her work opposing the Three Gorges Dam project in the 1980s and 90s (including the publication of her books Yangtze! Yangtze! and River Dragon Has Come) earned her international recognition, and her activism during this period also saw her imprisoned by Chinese authorities. While the tools have changed significantly over the decades, Dai Qing’s insights on investigative reporting from inside China, and the importance of press freedom, are as valuable as ever.

This year marks the 25th anniversary of your book Yangtze! Yangtze! on the controversial Three Gorges Dam project. How much has changed in China in these past 25 years when it comes to environmental awareness? Are investigative journalists holding officials and corporations accountable?

In the past 25 years, the environmental awareness of Chinese people has changed dramatically, especially among the educated who know how to use a VPN to cross the Great Firewall. There has also been great change for the residents whose living conditions and even lives have been threatened due to the deterioration of environment.

More and more investigative journalists make inquiries to officials who should be held accountable for the environmental destruction. However, officials have also improved their ability to evade these questions, by doing things such as seeking shelter from higher officials.

In terms of making inquiries and ensuring accountability on environmental issues, I’d like to give two examples: Transition Institute, a Beijing-based institute researching on China’s economic and social development, raised the question about how much money the government had spent on the Three Gorges Dam Project; and experts, journalists and environmentalists all fought against building dams on Nu River, also known as Salween River, in Southwest China. 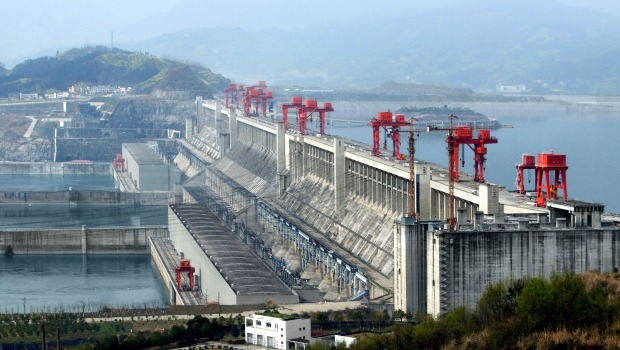 The book received a lot of praise but in your view what was its most significant impact over the years?

Its most significant impact over the years is that the book tells the outside world that in a country under the iron curtain like China, there is still a group of independent scholars and journalists who have tried their best to voice opinions on the central government’s decision. They never win, but they keep on fighting.

What is the path that led you to investigative journalism in the first place? 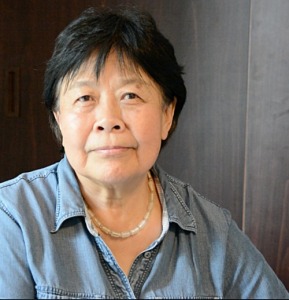 I got into investigative journalism accidentally. When China began reforming and opening up, I was an engineering technician, and I wrote a short fiction about how the government treated its whole-hearted civilians cruelly, hoping to tell people true depressing stories that happened in my surroundings. The piece brought me fame and I was invited to work for a national newspaper for intellectuals – Guangming Daily.

When I carried out reporting assignments, I got the chance to meet key officials, experts and publishers, and to learn about hidden facts about people and incidents from the past and that time.

The 1980s is a period when people enjoyed a relatively free political atmosphere. It is when I was able to have articles featuring my own judgment and opinions published by my newspaper and other publications.

What methods, techniques and tools have served you best as an investigative journalist?

Back in the 1980s, we didn’t have the Internet. Therefore, in terms of reading and communication, the techniques and tools we have now are far better.

Regarding my methods, to put it broadly, I benefited from three major aspects: a. the training I received as an engineering student; b. reading extensively since I was young; c. the mutual respect, including my interactions with interviewees.

The tools I used at that time were cassette recorders and fax machines.

Talk about your approach to stories. Is there anything unusual about the way you conduct your research or choose your themes?

The fact that I became the planner and chief editor of Yangtze! Yangtze! is mainly because the propaganda department of the central government issued an order banning any form of reporting on the Three Gorges Dam Project. Without the ban, such a book could have been written by journalists on the science or industry beat, or by local reporters in Hubei and Sichuan ahead of me.

But because of the restricting order, no reporters could report on the topic. Under such circumstances, my mum’s old friend Lin Hua, one of the opposition leaders to the project, invited me to a debriefing on the investigations of the Three Gorges Dam Project by CPPCC (Chinese People’s Political Consultative Conference), where no reporters were invited. This is how I got involved. At that time, there was a lot of commentary in the Hong Kong media on the incident.  I saw them in Beijing and they broadened my horizons.

When I was awarded Goldman Environment Award in California a few years later, I made a confession on the spot: when we, the group of reporters, started to cooperate and to do interviews and publish experts’ opinions about the project that differed from the authorities’ official views, we didn’t have very clear environmental awareness. The reason that we worked so hard was just because we wanted to achieve freedom of speech and exercise citizens’ political rights – to be able to give our independent opinions about important national affairs on our motherland.

What do you consider some of the most important lessons you have learned over the years?

I think the book got little reprimand because when the project was promoted, voices from civil society were too weak. There was no chance for people to speak out, gather together to oppose, seek help from decision-making officials, or popularize knowledge among the civil society. So how could we make mistakes when we were not allowed to do anything?

I do have some regrets about the book. Because it was published in such a hurry, different opinions in some key fields were not contained. For example, I didn’t get the chance to interview Huang Wanli, a prestigious hydropower expert; the book also didn’t include how the project would damage shipping; and the project’s damage to water and geology was underestimated.

What are the key elements that make an investigative story truly “click”? What do they have to have and what should they not be missing?

First of all, you need astonishing clues– facts that have been hidden or fabricated for a long time. Secondly, the story should be closely related to readers. Thirdly, you need to know how to tell a story.

What is the biggest single threat to investigative reporting and what advice can you give to others?

There are two main threats or challenges I see for investigative reporters.  The first is when a journalist receives seemingly precious information that is actually false, but they fail to realize it – it’s not just about the threat of being closed down.

The second challenge is what to do if publishing the story will bring misfortune to others. On this point, I think the journalist should give up instead of taking risks. For example, when I learnt that Wang Shiwei, my investigative subject, went to Yanan with his lover, a student, I decided not to disclose this because it would hurt his loyal wife.

What other tips would you give young, emerging, investigative reporters?

There’s no need to keep thinking about how to become a household name overnight by getting breaking news. When you become a good person with wide interest, rich knowledge, good personality, and compassion to the young and weak, your stories are first-class without question.

Dai Qing resides in Beijing, and continues her work as an activist and campaigner for environmental issues, human rights, and the covered truth of history. She remains a prominent voice in Chinese media and society.