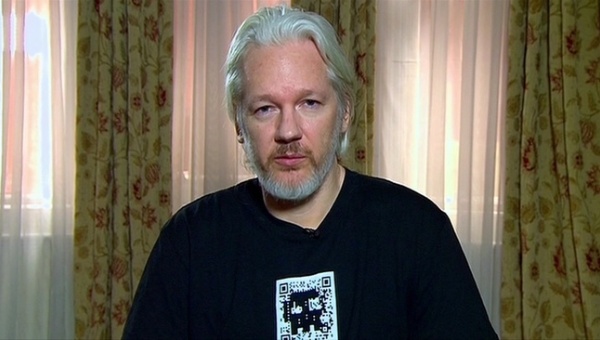 Assange rose to fame as a human rights activist and founder of WikiLeaks (Photo: EFE).

18 Oct 2014 – The WikiLeaks founder will answer questions from an open floor on the first night of the festival, which is comprised of films on humanitarian themes, from transsexuality to international conflicts.

Founder of WikiLeaks Julian Assange will open the Festival of Cinema and Human Rights in Barcelona on Wednesday [22 Oct 2014].

Following the screening of Mediastan, a film about WikiLeaks, Assange will speak in a video conference from the Ecuadorean embassy in London and answer questions from the public and organizers around the theme of human rights.

The film recounts WikiLeaks’ adventure through the Middle East up to finding the former soldier Chelsea Manning, who revealed the human rights abuses of the U.S. army in Iraq and Afghanistan.

The festival, now in its sixth year, showcases the best of national and international cinema that draws attentions to, and in some cases denounces, global humanitarian issues.

This year, over 120 full-length and short films will be screened, drawn from countries including India, Greece, and Korea.  All films center around the defense of human rights, from transsexuality, feminism and education, to repression, the right to a home, and international conflicts.

Assange rose to fame as a human rights activist through his work for WikiLeaks, a website exposing previously secret government information. He currently resides in the Ecuadorean embassy in London, facing extradition to Sweden under allegations of sexual assault.

UK surveillance of Assange has already surpassed US$12 million.