For Airstrikes on the Islamic State, U.S. Relaxing Drone Strikes’ Burden of Proof

The standards the U.S. purportedly used to prevent civilian deaths from drone strikes have been relaxed for airstrikes in Syria and Iraq. 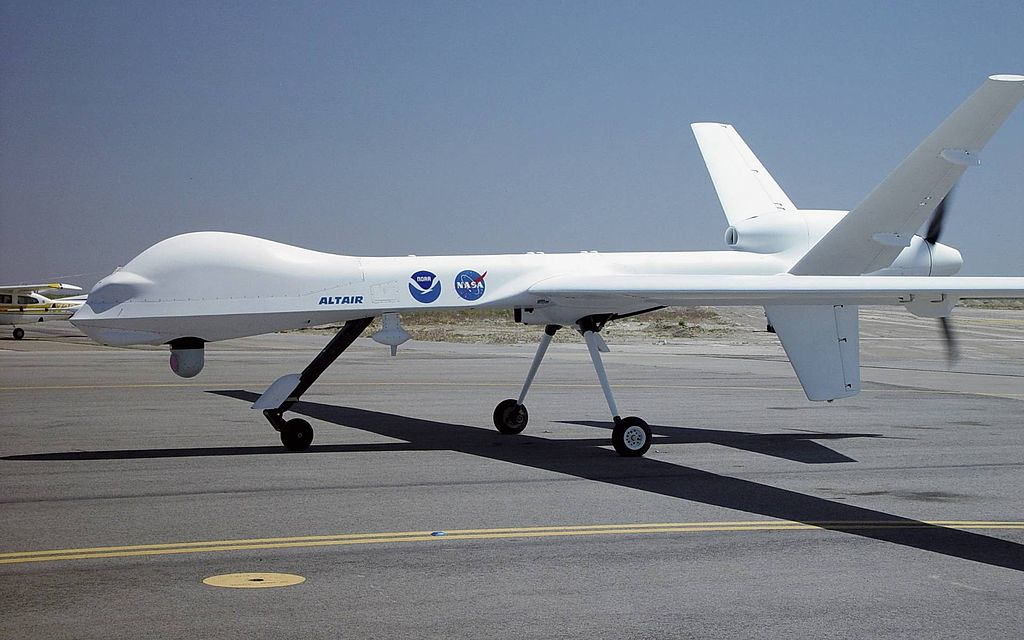 The White House has acknowledged for the first time that strict standards President Obama imposed last year to prevent civilian deaths from U.S. drone strikes will not apply to U.S. military operations in Syria and Iraq.

A White House statement to Yahoo News confirming the looser policy came in response to questions about reports that as many as a dozen civilians, including women and young children, were killed when a Tomahawk missile struck the village of Kafr Daryan in Syria’s Idlib province on the morning of Sept. 23.

Caitlin Hayden, a spokesperson for the National Security Council, said

… that a much-publicized White House policy that President Obama announced last year barring U.S. drone strikes unless there is a “near certainty” there will be no civilian casualties — “the highest standard we can meet,” he said at the time — does not cover the current U.S. airstrikes in Syria and Iraq.

Hayden added that U.S. military operations against the Islamic State (also known as ISIS or ISIL) in Syria, “like all U.S. military operations, are being conducted consistently with the laws of armed conflict, proportionality and distinction.” With targets such as Islamic State training areas, command and control centers, and storage facilities, Ms. Hayden seems to be describing what’s traditionally known as precision bombing, in which civilians are not expressly targeted, but, nonetheless, killed.

… one former Obama administration official said the new White House statement raises questions about how the U.S. intends to proceed in the conflict in Syria and Iraq, and under what legal authorities.

“They seem to be creating this grey zone” for the conflict, said Harold Koh, who served as the State Department’s top lawyer during President Obama’s first term. “If we’re not applying the strict rules [to prevent civilian casualties] to Syria and Iraq, then they are of relatively limited value.”

Not sure if I’m following Koh, but I interpret his statement as meaning that, in this case, each civilian killed in an airstrike has the potential to create ― Sorcerer’s Apprentice style ― many more.

What is clear, say critics, is that the rolling back of these limited reforms with regard to Iraq and Syria will be certain to risk the killing of ordinary people already under siege by ISIS.

“They are going back to the pre-reform policy in Pakistan and Yemen. … Why are they doing that? They are sending a message in the ISIS controlled area: ‘Screw you.’ They are saying, ‘We have a list of bad guys, and that’s who we’re trying to kill. If you don’t want to die, get away from our target.’”

Guilt by association, or, in this case, just proximity, isn’t a viable concept when the families of Islamic State fighters and command have nowhere else to go — or aren’t allowed to leave.