How LEGO Got Awesome to #Savethearctic

9 Oct 2014 – Today we got the awesome news: after a three-month campaign supported by more than a million people worldwide, LEGO has announced it will not renew its contract with Arctic destroyer Shell.

This is fantastic news for LEGO fans and Arctic defenders everywhere. And it’s a huge blow to Shell’s strategy of partnering with beloved brands to clean up its dirty image as an Arctic oil driller.

So how did we win this victory for the Arctic? Let’s take a look back at the top five moments of our campaign:

A hot tub, a Game of Thrones character, a very sad polar bear, and the most depressing version of the most upbeat song you’ve ever heard. With massive media attention and almost six million views, the video was briefly taken down from YouTube due to a “copyright” claim, but was reposted after 18 hours of massive public outcry. 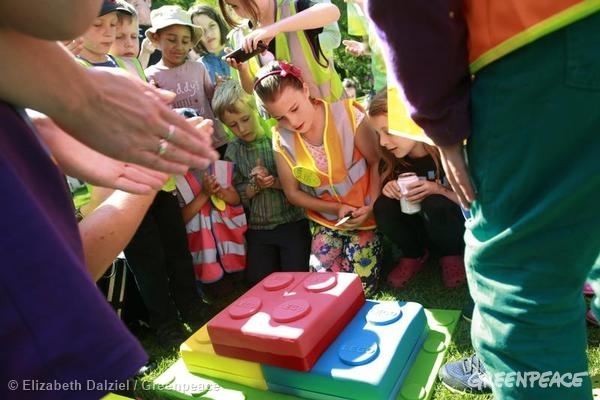 LEGO’s youngest fans took matters into their own hands – literally. Dozens of children built giant Arctic animals out of LEGO on the doorstep of Shell’s London HQ, in playful protest of their favorite toy’s partnership with the oil company planning to drill the Arctic. 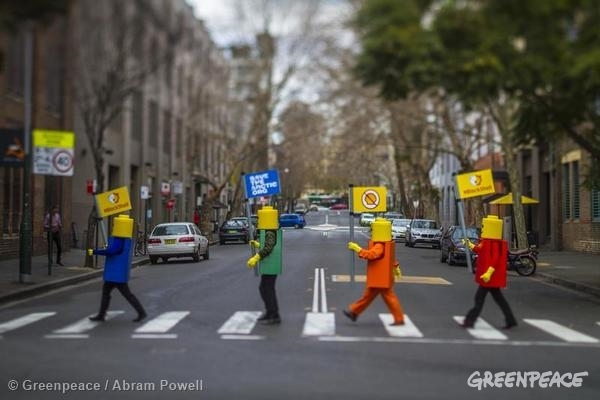 From Hong Kong to Paris to Buenos Aires, miniature LEGO people held small but furious protests against their LEGO bosses’ partnership with Shell. Many recreated famous protests at international landmarks, and the LEGOlution soon spread across the world. 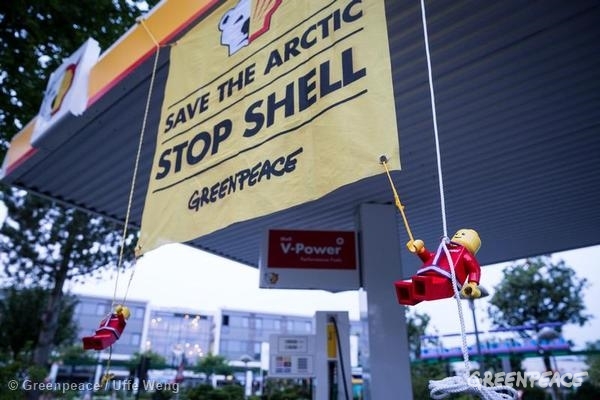 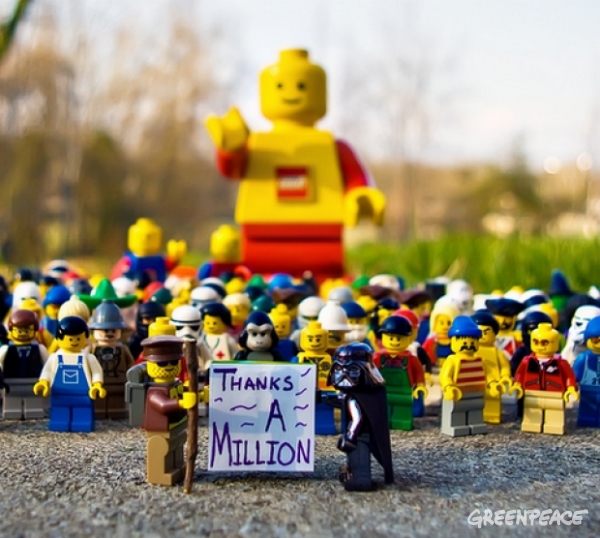 After just three months, over one million people worldwide had emailed LEGO to ask it to end its inappropriate deal with Shell, showing the incredible strength and unstoppable power of our global movement.

We’re super happy LEGO has finally decided to do the right thing. It’s a massive victory for the million people globally who called on LEGO to stop helping Shell look like a responsible and caring company – rather than a driller intent on exploiting the melting Arctic for more oil.

To maintain respectability in the face of growing opposition to Arctic drilling, Shell needs to surround itself with decent and much loved brands – museums, art galleries, music festivals, sports events. LEGO’s announcement is an important step towards blowing Shell’s cover.

But now that LEGO has quit Shell it’s time for Shell to quit the Arctic. The oil giant recently announced its plans to drill in the Alaskan Arctic in 2015. Meanwhile the Arctic sea ice cover reached one of its lowest points on record this year. Time is running out to save the Arctic, and the time for urgent action is now.

Ian Duff is an Arctic Campaigner at Greenpeace UK.