The Life of the Mind: Hannah Arendt on Thinking vs. Knowing and the Crucial Difference Between Truth and Meaning 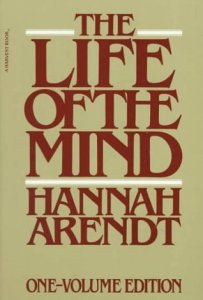 “To lose the appetite for meaning we call thinking and cease to ask unanswerable questions [would be to] lose not only the ability to produce those thought-things that we call works of art but also the capacity to ask all the answerable questions upon which every civilization is founded.”

In 1973, Hannah Arendt became the first woman to speak at the prestigious Gifford Lectures — an annual series established in 1888 aiming “to promote and diffuse the study of natural theology in the widest sense of the term,” bridging science, philosophy, and spirituality, an ancient quest of enduring urgency to this day. Over the years, the Gifford Lectures have drawn such celebrated minds as William James, Werner Heisenberg, Niels Bohr, Iris Murdoch, and Carl Sagan, whose 1985 lecture was later published as a the spectacular posthumous volume Varieties of Scientific Experience. Arendt’s own lecture was later expanded and published as The Life of the Mind (public library), an immeasurably stimulating exploration of thinking — a process we take for so obvious and granted as to be of no interest, yet one bridled with complexities and paradoxes that often keep us from seeing the true nature of reality. With extraordinary intellectual elegance, Arendt draws “a distinguishing line between truth and meaning, between knowing and thinking,” and makes a powerful case for the importance of that line in the human experience.

Arendt considers how thinking links the vita activa, or active life, and the vita contemplativa, or contemplative mind, touching on Montaigne’s dual meaning of meditation, and traces the evolution of this relationship as society moved from religious to scientific dogma:

Thinking aims at and ends in contemplation, and contemplation is not an activity but a passivity; it is the point where mental activity comes to rest. According to traditions of Christian time, when philosophy had become the handmaiden of theology, thinking became meditation, and meditation again ended in contemplation, a kind of blessed state of the soul where the mind was no longer stretching out to know the truth but, in anticipation of a future state, received it temporarily in intuition… With the rise of the modern age, thinking became chiefly the handmaiden of science, of organized knowledge; and even though thinking then grew extremely active, following modernity’s crucial conviction that I can know only what I myself make, it was Mathematics, the non-empirical science par excellence, wherein the mind appears to play only with itself, that turned out to be the Science of sciences, delivering the key to those laws of nature and the universe that are concealed by appearances. 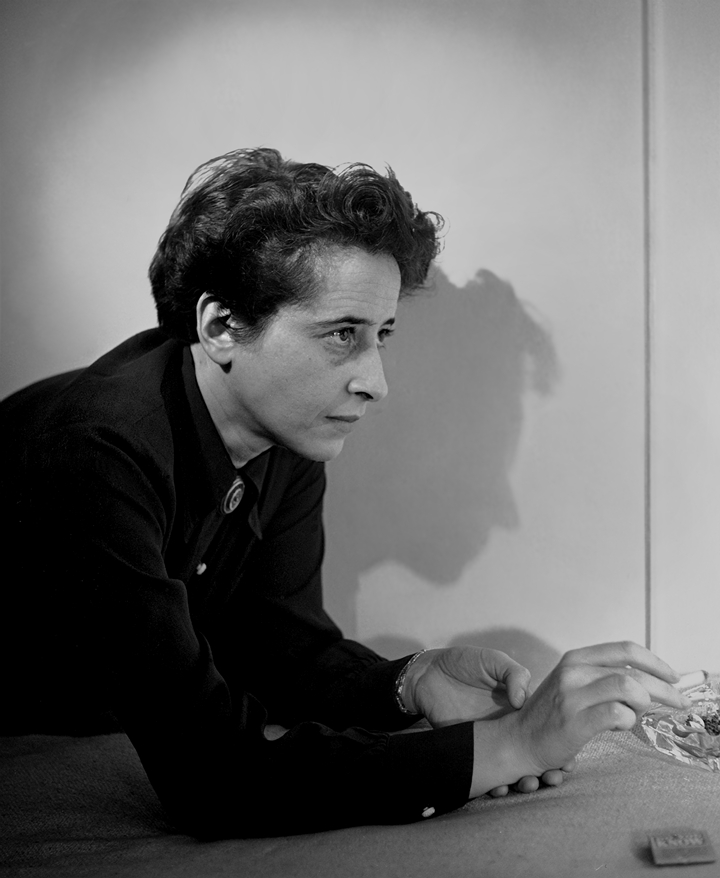 The disciplines called metaphysics or philosophy, Arendt notes, came to inhabit the world beyond sense-perceptions and appearances, while science claimed the world of common-sense reasoning and perceptions validated by empirical means. The latter is plagued by “the scandal of reason” — the idea that “our mind is not capable of certain and verifiable knowledge regarding matters and questions that it nevertheless cannot help thinking about.” (Four decades later, Sam Harris would capture this beautifully: “There is more to understanding the human condition than science and secular culture generally admit.”) But Arendt is most intensely concerned with the world we inhabit when we surrender to thought:

What are we “doing” when we do nothing but think? Where are we when we, normally always surrounded by our fellow-men, are together with no one but ourselves?

To begin solving this riddle, Arendt turns to Kant’s famous distinction between Verstand, or intellect, which seeks to grasp what the senses perceive, and Vernunft, or reason, which is concerned with the higher-order desire for understanding the deeper meaning behind such sensory input; while intellect is driven by cognition, reason is concerned with the unknowable. He memorably wrote:

The aim of metaphysics… is to extend, albeit only negatively, our use of reason beyond the limitations of the sensorily given world, that is, to eliminate the obstacles by which reason hinders itself.

Arendt unpacks Kant’s legacy and its enduring paradox, which plays out just as vibrantly in our ever-timely struggle to differentiate between wisdom and knowledge:

The great obstacle that reason (Vernunft) puts in its own way arises from the side of the intellect (Verstand) and the entirely justified criteria it has established for its own purposes, that is, for quenching our thirst, and meeting our need, for knowledge and cognition… The need of reason is not inspired by the quest for truth but by the quest for meaning. And truth and meaning are not the same. The basic fallacy, taking precedence over all specific metaphysical fallacies, is to interpret meaning on the model of truth. 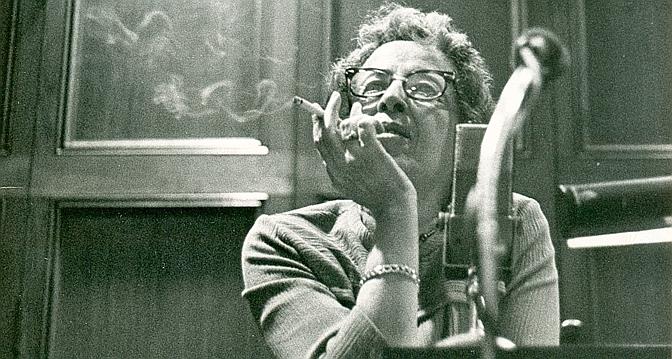 This vital distinction between truth and meaning is also found in the fault line between science and common sense. Arendt considers how science’s over-reliance on Verstand might give rise to the very reductionism that becomes science’s greatest obstacle to tussling with the unknowable:

Something very similar seems, at first glance, to be true of the modern scientist who constantly destroys authentic semblances without, however, destroying his own sensation of reality, telling him, as it tells us, that the sun rises in the morning and sets in the evening. It was thinking that enabled men to penetrate the appearances and unmask them as semblances, albeit authentic ones; common-sense reasoning would never have dared to upset so radically all the plausibilities of our sensory apparatus… Thinking, no doubt, plays an enormous role in every scientific enterprise, but it is the role of a means to an end; the end is determined by a decision about what is worthwhile knowing, and this decision cannot be scientific.

This sounds remarkably like the notion of moral wisdom — the necessarily subjective values-based framework that, by its very nature, transcends the realm of science and absolute truth, rising to the level of relative meaning. Adding to history’s finest definitions of science, Arendt writes:

The end is cognition or knowledge, which, having been obtained, clearly belongs to the world of appearances; once established as truth, it becomes part and parcel of the world. Cognition and the thirst for knowledge never leave the world of appearances altogether; if the scientists withdraw from it in order to “think,” it is only in order to find better, more promising approaches, called methods, toward it. Science in this respect is but an enormously refined prolongation of common-sense reasoning in which sense illusions are constantly dissipated just as errors in science are corrected. The criterion in both cases is evidence, which as such is inherent in a world of appearances. And since it is in the very nature of appearances to reveal and to conceal, every correction and every dis-illusion “is the loss of one evidence only because it is the acquisition of another evidence, in the words of Merleau-Ponty. Nothing, even in science’s own understanding of the scientific enterprise, guarantees that the new evidence will prove to be more reliable than the discarded evidence.

And therein lies the paradox of science — the idea that its aim is to dispel ignorance with knowledge, but it is also, at its best, driven wholly by ignorance. In a sentiment that Carl Sagan would come to echo twelve years later in his own Gifford lecture — “If we ever reach the point where we think we thoroughly understand who we are and where we came from, we will have failed.” — Arendt writes:

The very concept of an unlimited progress, which accompanied the rise of modern science, and has remained its dominant inspiring principle, is the best documentation of the fact that all science still moves within the realm of common sense experience, subject to corrigible error and deception. When the experience of constant correction in scientific research is generalized, it leads into the curious “better and better,” “truer and truer,” that is, into the boundlessness of progress with its inherent admission that the good and the true are unattainable. If they were ever attained, the thirst for knowledge would be quenched and the search for cognition would come to an end.

In considering this “illusion of a never-ending process — the process of progress,” she returns to Kant’s crucial distinction between reason and intellect:

The questions raised by our thirst for knowledge arise from our curiosity about the world, our desire to investigate whatever is given to our sensory apparatus… The questions raised by the desire to know are in principle all answerable by common-sense experience and common-sense reasoning; they are exposed to corrigible error and illusion in the same way as sense perceptions and experiences. Even the relentlessness of modern science’s Progress, which constantly corrects itself by discarding the answers and reformulating the questions, does not contradict science’s basic goal — to see and to know the world as it is given to the senses — and its concept of truth is derived from the common-sense experience of irrefutable evidence, which dispels error and illusion. But the questions raised by thinking and which it is in reason’s very nature to raise — questions of meaning — are all unanswerable by common sense and the refinement of it we call science. The quest for meaning is “meaningless” to common sense and common-sense reasoning because it is the sixth sense’s function to fit us into the world of appearances and make us at home in the world given by our five senses; there we are and no questions asked.

This disconnect between the common-sense criteria of science and the quest for meaning, Arendt argues, reverts to the original question of thinking and the limitations of “truth”:

To expect truth to come from thinking signifies that we mistake the need to think with the urge to know. Thinking can and must be employed in the attempt to know, but in the exercise of this function it is never itself; it is but the handmaiden of an altogether different enterprise. 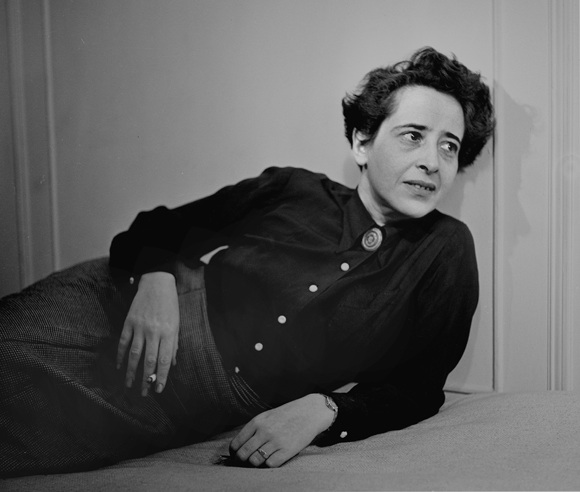 Arendt’s most poignant point explores what that enterprise might be, speaking to the power of asking good questions and the idea that getting lost is how we find meaning:

By posing the unanswerable questions of meaning, men establish themselves as question-asking beings. Behind all the cognitive questions for which men find answers, there lurk the unanswerable ones that seem entirely idle and have always been denounced as such. It is more than likely that men, if they were ever to lose the appetite for meaning we call thinking and cease to ask unanswerable questions, would lose not only the ability to produce those thought-things that we call works of art but also the capacity to ask all the answerable questions upon which every civilization is founded… While our thirst for knowledge may be unquenchable because of the immensity of the unknown, the activity itself leaves behind a growing treasure of knowledge that is retained and kept in store by every civilization as part and parcel of its world. The loss of this accumulation and of the technical expertise required to conserve and increase it inevitably spells the end of this particular world.