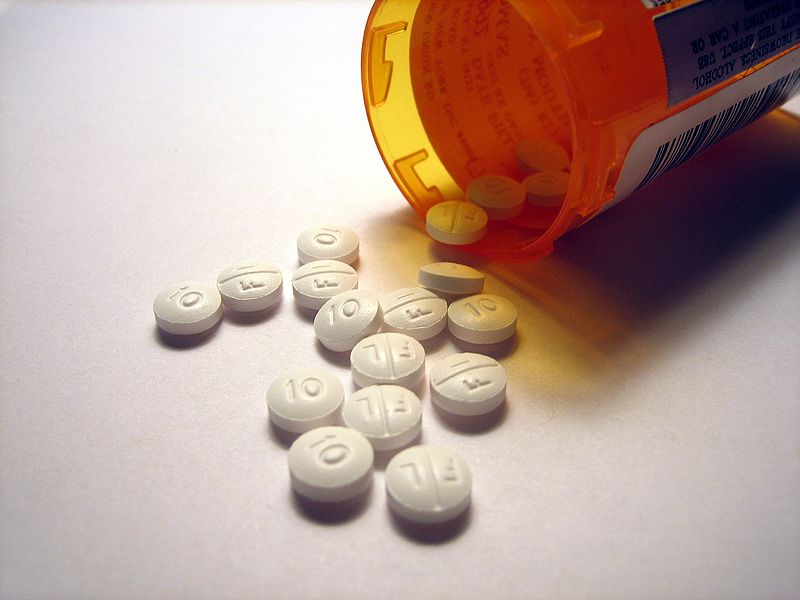 Payments from pharmaceutical companies touch hundreds of thousands of doctors. The 17 companies we’ve tracked spent $1.4 billion in 2013 alone. Here are our top five takeaways from following all that money.

On Tuesday [30 Sep 2014], the federal government is expected to release details of payments to doctors by every pharmaceutical and medical device manufacturer in the country. 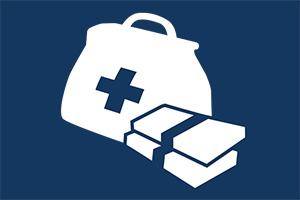 The information is being made public under a provision of the 2010 Affordable Care Act. The law mandates disclosure of payments to doctors, dentists, chiropractors, podiatrists and optometrists for things like promotional speaking, consulting, meals, educational items and research.

It’s not quite clear what the data will show — in part because the first batch will be incomplete, covering spending for only a few months at the end of 2013 — but we at ProPublica have some good guesses. That’s because we have been detailing relationships between doctors and the pharmaceutical industry for the past four years as part of our Dollars for Docs project.

We’ve aggregated information from the websites of some large drug companies, which publish their payments as a condition of settling federal whistle-blower lawsuits alleging improper marketing or kickbacks. Today, in cooperation with the website Pharmashine, we’ve added data for 2013, which now covers 17 drug companies accounting for half of United States drug sales that year. (You can look up your doctor using our easy search tool.)

Here are some facts we’ve learned from the data:

Many, many health professionals have relationships with industry.

Payments to Doctors Are Widespread

Below are the approximate numbers of health professionals who received some payment from each company in 2013, excluding research. We based this on the number of unique names, cities and states per company.

Dollars for Docs now includes 3.4 million payments since 2009, totaling more than $4 billion, of which $2.5 billion was for research. For 2013 alone, there were 1.2 million payments valued at nearly $1.4 billion.

It’s not possible to calculate the exact number of physicians represented, because drug companies haven’t used unique identification numbers that cross company lines. But it’s clear that the figure is in the hundreds of thousands.

Excluding research payments, the drugmaker Pfizer appeared to have interactions with the most health care professionals last year — about 142,600. AstraZeneca came in second with about 111,200. Johnson & Johnson and Forest Labs each had nearly 100,000. There are an estimated 800,000 to 900,000 active doctors in the United States.

“Most physicians that are in private practice are touched in some way” by the industry, said George Dunston, co-founder of Obsidian HDS, the creator of Pharmashine. “You add that up and it’s a pretty significant number.”

Surveys conducted in 2004 and again in 2009 showed that more than three-quarters of doctors had at least one type of financial relationship with a drug or medical device company. The figure dropped from about 94 percent in 2004 to 84 percent in 2009, said the lead author, Eric Campbell, a professor of medicine at Harvard Medical School and director of research at the Mongan Institute for Health Policy at Massachusetts General Hospital.

Dr. Campbell, who has been critical of physician-pharma ties, says he hasn’t conducted a follow-up survey but suspects that the percentage of doctors receiving payments has probably decreased somewhat since then.

“The old approach was just to try to get as many docs as you can, blanket coverage, and establish relationships,” he said. “I think they’re being much more targeted and specific.”

Some doctors have relationships with many companies.

Those who read the fine-print disclosures accompanying medical journal articles know that doctors often have relationships with several companies that compete in a drug category (such as heart drugs or those for schizophrenia). Our data bear that out.

Some highly sought-after key opinion leaders, as they are known in the industry, work for half a dozen or more companies in a given year.

Dr. Marc Cohen, chief of cardiology at Newark Beth Israel Medical Center, received more than $270,000 last year for speaking or consulting for six companies listed in Dollars for Docs. He is a prolific researcher and author.

In an interview, Dr. Cohen said he works only with companies whose drugs are backed by large clinical studies. “In general terms, the science behind the product is very strong,” he said. “These are the companies that I’ve chosen to work with.”

A California psychiatrist, Gustavo Alva, earned $191,000 in 2013 for speaking or consulting for four companies, our database shows. Alva did not return a phone call for this article, but last year he told ProPublica, “I actually enjoy the aspect of educating my counterparts about developments in the field.”

The biggest companies aren’t always the ones that spend the most. Some smaller drug companies spend big, too.

Consider Forest Labs, a midsize drug company that was acquired in July by Actavis, a larger company based in Dublin. Forest’s $3.8 billion in United States drug sales in 2013 placed it on the edge of the top 20 companies, according to IMS Health, a health information company.

Its sales were far lower than those of Novartis and Pfizer, the top two companies by sales last year. Yet Forest easily outspent these competitors on promotional speaking events last year.

An Actavis spokesman declined to comment on the company’s strategy, but a Forest spokesman said last year that the company spent more on speakers because it didn’t use pricey direct-to-consumer TV marketing. It also had more new drugs than its competitors.

Companies with newer drugs or newly approved uses for their existing drugs often seem to spend more. Companies that don’t have many new products or have lost patent protection on their drugs, or are about to lose it, tend to pull back.

“A lot of this has to do with where companies are in their development cycle of new products or emerging products, rather than an industry-specific trend,” said John Murphy, assistant general counsel at the Pharmaceutical Research and Manufacturers of America, an industry trade group.

Meals vastly outnumber all other interactions between drug companies and doctors. But they account for a much smaller share of costs.

Food accounted for nearly 50,000 of Amgen’s 55,000 payment reports, excluding research, in 2013, or roughly 91 percent. But at a cost of $3.1 million, those meals represented only about 20 percent of its payments. By comparison, the company spent almost double that amount, $6 million, on just 600 physician speakers.

Other companies followed the same pattern; speakers can command $2,000 to $3,000 per engagement, or more.

Given doctors’ busy schedules treating patients, mealtimes are often the only time to reach them, said Murphy, PhRMA’s lawyer. Company sales representatives bring information — and a meal. “A lot of doctors’ offices are closed for lunch,” he said. “During patient care hours, we want them to see patients.”

Researchers say that whatever the motivation, even small gifts or meals can influence a doctor’s perception of a drug and lead to more prescribing of it.

From year to year, doctors cycle in and out of relationships with companies.

Massachusetts has required drug and device companies doing business there to publicly report their payments to its licensed health professionals since 2009.

About 60 percent of the doctors received payments in only one of those years. What this suggests is that most speakers and consultants are tapped for a particular task.

Still, some doctors do appear to have long-term roles with companies. About 20 percent of doctors in the data received a payment in all three years. They represented most of the top-earners over the three-year period — and for that matter, the top earners in any given year.

Does any of this disclosure work?

Well, it depends on what your definition of “work” is.

Dollars for Docs has been consulted more than eight million times during the past four years. Some patients have told us that a payment has caused them to question a doctor’s prescription for a certain drug. Other patients have said that it gives them confidence that their physician is an expert.

Our efforts have also prompted industry wide changes. Early on, we reported how hundreds of doctors receiving payments had been accused of professional misconduct, disciplined by state boards or lacked credentials. Many drug companies subsequently said they would check for state actions against doctors before hiring them.

Medical schools also said they would tighten up their oversight after we reported how some top schools and teaching hospitals failed to enforce their own policies against faculty physicians getting speaker payments from drug companies.

Finally, we’ve reported that many companies have cut back their spending on promotional speakers. Scott Liebman, a New York lawyer who advises pharmaceutical companies, says it’s too early to know what’s causing this: it could be business factors, it could be the disclosure or it could be some mixture of the two.

What the New ‘Collaborative Media’ Can Mean

Tracking the Money – Our Dollars for Docs Database

We compiled two million records from all the companies that have disclosed their payments to doctors so far. Search for your physician.

Charles Ornstein is a senior reporter for ProPublica covering health care and the pharmaceutical industry.

Eric Sagara is the News Applications Fellow at ProPublica. Prior to that he was a reporter on the Newark Star-Ledger’s data team.

Ryann Grochowski Jones is a data reporter at ProPublica. Previously, she was a data reporter for Investigative Newsource/KPBS in San Diego, Calif. She received her master’s degree from the University of Missouri School of Journalism, where she was a data librarian for Investigative Reporters and Editors/National Institute for Computer-Assisted Reporting. Ryann started her career as a municipal beat reporter for her hometown newspaper in Wilkes-Barre, Pa.

Reporting recipe: With more data on relationships between doctors and drug companies soon to be released, here are some ways journalists can use this information.

This story was co-published with The New York Times.