A Small Band of Activists Is Humiliating an Israeli Shipping Giant 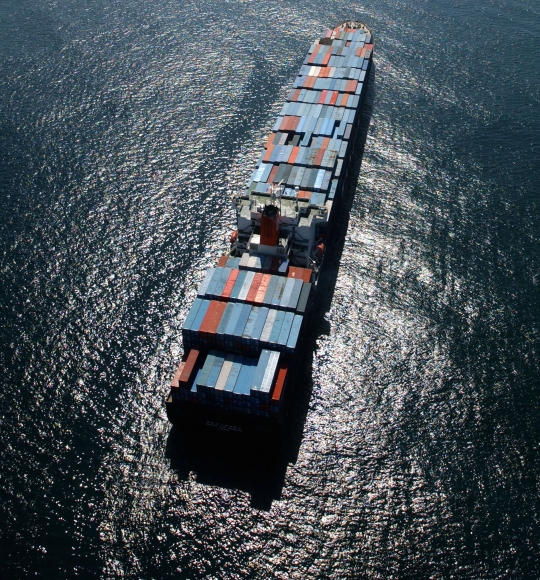 Capping a series of victories by a modest band of pro-Palestinian activists, an Israel-based shipping company has re-routed a container ship from the Port of Oakland, where protestors had vowed to keep the ship from unloading, to an alternate destination in Russia.

The company, Zim Integrated Shipping Services is one of the largest cargo shipping outfits in the world, but of late it has seen its operations seriously disrupted by a small group of activists motivated by the global Boycott, Divest and Sanctions movement (BDS), which targets companies implicated in Israel’s occupation of the Palestinian Territories. Zim is an Israel-based company, and the “Block the Boat” movement – a combined effort of labor activists and Palestinian solidarity groups – has successfully stopped its ships from docking at Oakland ports several times since this summer.

Zim has drawn particular ire for its role in shipping Israeli armaments. In the words of Block the Boat organizer Lara Kiswani in an interview about the movement earlier this year: “…Zim also transports weaponry: Israeli-made weaponry and Israeli-made military vehicles into the United States”, adding that, “some of the more consumer-based products are not Israeli, but the weaponry and the military products are Israeli.”

Activists associated with the movement at least temporarily prevented Zim ships from unloading in August, when a ship was blocked from unloading and headed toward Los Angeles before turning back and successfully unloading, and again in September. But what appears to be their greatest victory came this week, when Zim decided reroute its cargo Russia rather than attempt to dock in Oakland once more. Their decision came just nine days after the company vowed to dock, in defiance of protests.

The protests appear to be aided by sympathetic longshoremen. Some of Oakland’s unionized dockworkers have expressed sympathy for the demonstrators’ position in the local press, and have at times declined to unload Zim ships during protests, citing safety concerns.

The company claims that their last-minute decision to reroute was unrelated to the protests. But its foes aren’t buying it. “When a country’s shipping concern can’t come to the port because of the popular resistance it will face there, you can feel that the tables are turning,” said Jamie Omar Yasin, a Block the Boat activist.

The successful protest action against Zim is part of a global movement for an economic boycott of Israel. Modeled after similar efforts conducted in the past against apartheid South Africa, the BDS movement seeks to put pressure on the Israeli government to end its occupation of Palestinian lands. “They can look forward to more and more resistance wherever they try and operate,” Yasin says.