The illegal killing of elephants for their ivory is now at “critically high levels” in Africa with increased involvement by organized crime groups, leading to their possible extinction in parts of the continent, the UN Office for Drugs and Crime (UNODC) on 13 November 2014 said. 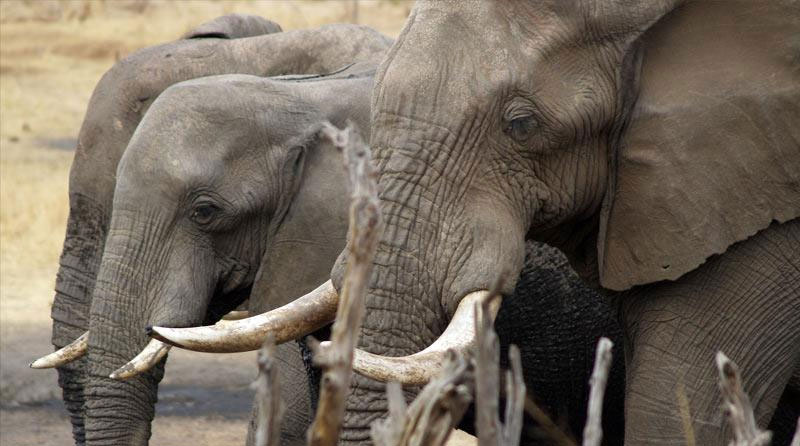 “Wildlife crime is a serious and growing problem worldwide,” said the International Consortium on Combating Wildlife Crime (ICCWC) ‘ in releasing Guidelines on methods and procedures for ivory sampling and laboratory analysis in support of the deployment of forensic technology to combat elephant poaching.*

Led by UNODC, as a member of the consortium, the Guidelines were developed together with experts from around the world.

Flagging the “critically high levels” of elephant poaching in Africa, the document said: “There is strong evidence of increased involvement of organized crime groups, and in some areas rebel militia, operating through well-developed criminal networks.”

UNODC said that the current levels of elephant poaching in Africa are unsustainable and could lead to local extinctions across many African elephant range countries.

UNODC Executive Director Yury Fedotov said in a press release: “We believe that the use of the Guidelines will support more timely, thorough and effective investigations, resulting in an increased number of successful prosecutions and a reduction in this illegal trade.”

Intended for worldwide use, the guidelines are aimed at first responders, investigators, law enforcement officials, forensic scientists, prosecutors and the judiciary, according to UNODC.

“Their purpose is to facilitate the use of forensic science to the fullest extent possible in order to combat wildlife crime, and in particular, to combat the trade in illegal ivory through the provision of guidance to support transnational criminal investigations and law enforcement operations,” it said. 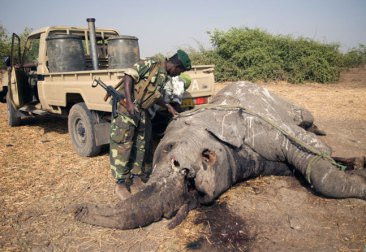 A relatively fresh carcass being turned over to look for bullet wounds on the underside at Zakouma National Park, Chad. Photo: Darren Potgieter/CITES/UNEP

The Convention on International Trade in Endangered Species of Wild Fauna and Flora (CITES) Secretary-General John E. Scanlon said “the guidelines will help increase the use of forensic technology, a crucial tool in the fight against wildlife crime, to determine the origin of seized wildlife specimens, and support the identification and arrest of suspects.”

Political momentum for urgent action has been building, according to UNODC.

In 2013, the 16th CITES Conference of the Parties adopted measures to encourage the increased use of forensic technology to fight wildlife crime.

And last year at the African Elephant Summit held in Gaborone, Botswana, governments pledged to tackle the illegal ivory chain and called for the development of a network of forensic labs. The guidelines will support these actions, UNODC said.

Under the umbrella of ICCWC, the CITES Secretariat, INTERPOL, UNODC, the World Bank and the World Customs Organization (WCO) are working together to bring coordinated support to wildlife law enforcement agencies and networks at national, regional and global levels to enhance global cooperation and capacity to combat wildlife and forest crimes. (*Source: UN Release).

Everybody talks about human ‘rights’ but human beings have been perpetrating, systematically, all kinds of wrongs–they kill each other, they destroy forests, seas, lands, and atmosphere. Simply, humans are now more than ever under the mercy of two dominant powers: the ‘market lords’ and the ‘war lords’–everything, humans included, are now subject to trade deals. Human Wrongs Watch informs about some of the so many human ‘wrongs’–it’s our way to draw your attention. Maybe this initiative can help correct some of our misdoing.