“A writer who adopts political, social, or literary positions must act only with the means that are his own — that is, the written word.” 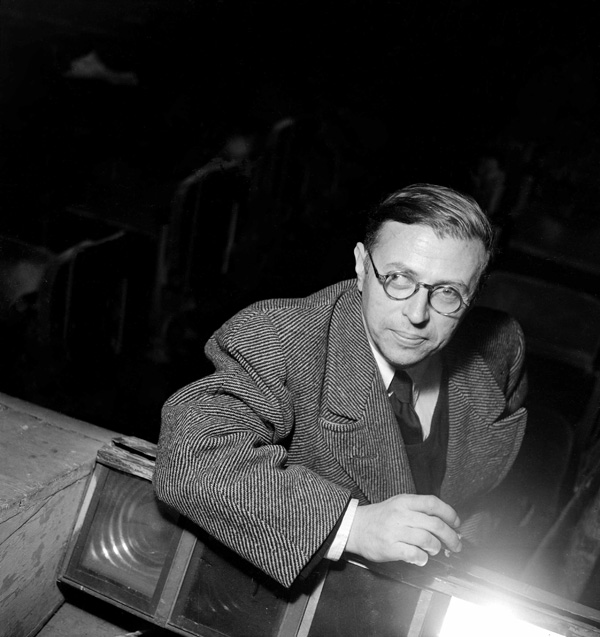 Despite its surprisingly dark origin, the Nobel Prize is regarded as the highest honor bestowed upon a human being. Among its diverse laureates are a number of meta-outliers — people exceptional not only for the work that merited the prize but also for their atypical position within the Nobel ecosystem itself: Marie Curie became not only the first woman awarded a Nobel Prize but also the first and, for decades, the only person to win a Nobel in two different sciences; Aung San Suu Kyi is the only laureate who received the prize while under house arrest; Ernest Hemingway accepted his with a short and piercing speech that is itself prize-worthy.

But the greatest outlier of all is French philosopher, writer, and political activist Jean-Paul Sartre. 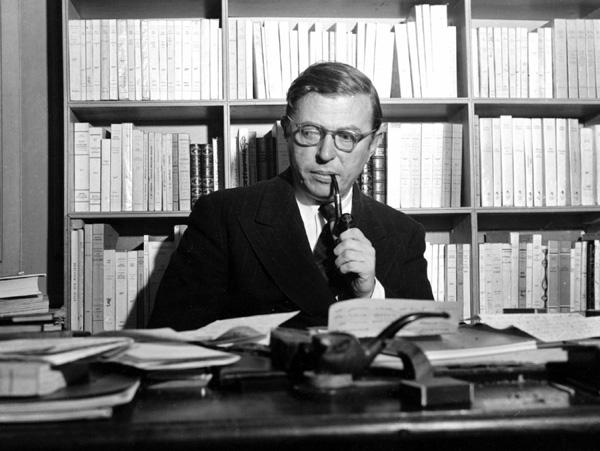 In 1964, he was awarded the Nobel Prize in Literature and became the first person to decline it. (The only other one to date is Lê Ðúc Tho, awarded the 1973 Peace Prize for his role in the Paris Peace Accords seeking to establish peace in Vietnam; he turned it down on the grounds that there was no actual peace in Vietnam — an admirable stance that calls to mind Marie Curie’s famous assertion that “one never notices what has been done; one can only see what remains to be done.”)

In a statement to the Swedish press published on October 22, 1964, Sartre offered a defiant explanation second only to Adrienne Rich terrific letter of conviction, in which she became the only person to decline the National Medal of Arts.

I was not aware at the time that the Nobel Prize is awarded without consulting the opinion of the recipient, and I believed there was time to prevent this from happening. But I now understand that when the Swedish Academy has made a decision it cannot subsequently revoke it.

My reasons for refusing the prize concern neither the Swedish Academy nor the Nobel Prize in itself, as I explained in my letter to the Academy. In it, I alluded to two kinds of reasons: personal and objective.

The personal reasons are these: my refusal is not an impulsive gesture, I have always declined official honors. In 1945, after the war, when I was offered the Legion of Honor, I refused it, although I was sympathetic to the government. Similarly, I have never sought to enter the Collège de France, as several of my friends suggested.

This attitude is based on my conception of the writer’s enterprise. A writer who adopts political, social, or literary positions must act only with the means that are his own — that is, the written word. All the honors he may receive expose his readers to a pressure I do not consider desirable. If I sign myself Jean-Paul Sartre it is not the same thing as if I sign myself Jean-Paul Sartre, Nobel Prizewinner.

But in this short excerpt from BBC’s philosophy documentary Human, All Too Human, Sartre offers a far less politically correct explanation:

Because I was politically involved, the bourgeois establishment wanted to cover up my “past errors.” Now, there’s an admission! And so they gave me the Nobel Prize. They “pardoned” me and said I deserved it. It was monstrous!

And yet one can’t help but wonder whether the publicity stunt was necessary. After all, physicist Richard Feynman — who won the Nobel Prize himself a year after Sartre — put it best in his eloquent denouncement of awards:

I don’t see that it makes any point that someone in the Swedish academy just decides that this work is noble enough to receive a prize — I’ve already gotten the prize. The prize is the pleasure of finding a thing out, the kick in the discovery, the observation that other people use it — those are the real things. The honors are unreal to me. I don’t believe in honors.

Making a fuss out of declining an award seems not much different from making a fuss over accepting it — both make the award more real than it need be if one were truly interested in breaking free from the system. Why can’t the private pleasure of finding things out be enough, award or no award? Then again, Sartre had a peculiar relationship with the real and the irreal — and that might be what makes his declination all the more interesting. Perhaps what he wrote in his passionate love letters to Simone de Beauvoir applies here as well: “Try to understand me: I love you while paying attention to external things.”