Where Has All Ukraine’s Gold Gone?

20 Nov 2014 – Ukraine’s Central Bank chief has divulged some shocking intel: its gold stockpile has reached a new nadir – almost zero. Since the beginning of the year, gold reserves have dropped nearly 16-fold, which begs the question, where did all of it go? 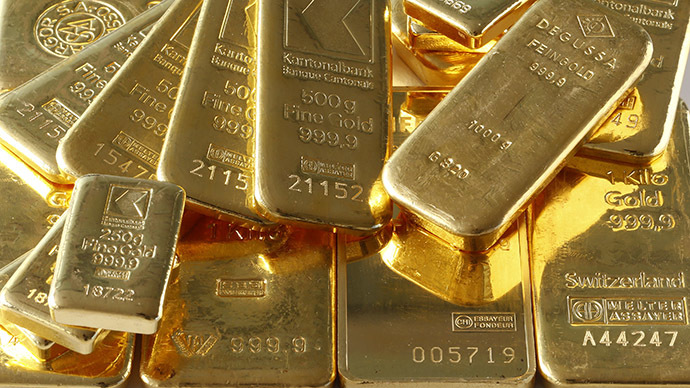 “Official statistics of the National Bank show that the amount of gold in the vaults drastically fell, and it is unclear where it went. At the beginning of this month, the volume of gold was about $1 billion, or 8 percent of the total gold reserves,” the head of Ukraine’s National Bank, Valeria Gontareva, said in an interview with Ukraine’s Kharkiv TV.

However, this figure contradicts the $988.7 million, which is the level gold should stand at, if the ratio of gold to total reserves was 8 percent.

In February, before then-President Vicktor Yanukovich was toppled, gold reserves stood at about 21 tons, according to then chairman of the National Bank of Ukraine Sergey Arbuzov.

One theory is that Ukraine decided to shift its gold reserves to the US shortly after the presidential coup when Prime Minister Arseniy Yatsenyuk held a meeting with President Obama.

At the end of February, gold stood at $1.8 billion, or about 12 percent of reserves. The Central Bank reported that reserves stood at $1.6 billion in both July and August, and $1.7 billion in September. 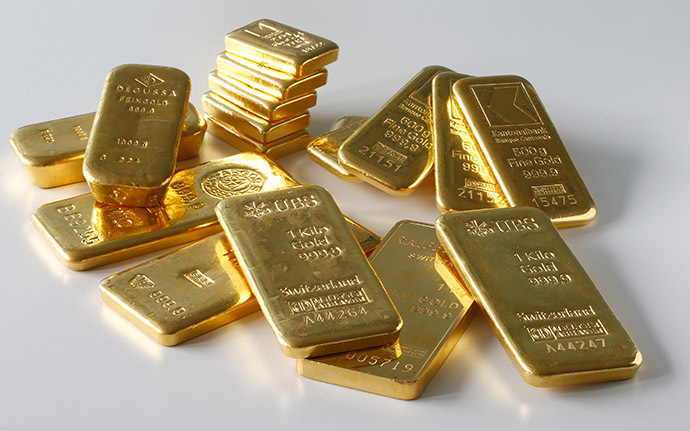 In October, the bank was forced to sell $874 million worth of gold to service domestic and foreign public debts, according to the International Monetary Fund.

One of the main functions of the National Bank of Ukraine is to accumulate and store foreign exchange reserves and precious metals.

In May, the previous bank head, Stepan Kubiv, said that Ukraine planned to use part of its first tranche of International Monetary Fund loan to boost gold and currency reserves to stabilize the ailing currency, the hryvnia.

The IMF, which has denied Ukraine loans before due to corruption, in April pledged $17 billion over two years to help the country trying to closer align itself with Europe, and not Russia.

The bank stopped supporting the currency in mid-November when it fell into complete free fall. The hryvnia has lost 50 percent of its value against the dollar since the beginning of the year.

“The devaluation of the hryvnia is now 100 percent. At the last minute, businesses began to panic. Even after the devaluation of 50 percent, which began in July, we were able to stabilize the situation, but then the war started,” Gontareva said.

Ukraine’s economy has spun out of control since revolution and war gripped the country. The new government is facing rock-bottom reserves, sky-high inflation, contracting growth, natural gas shortages, and a looming default on debts.