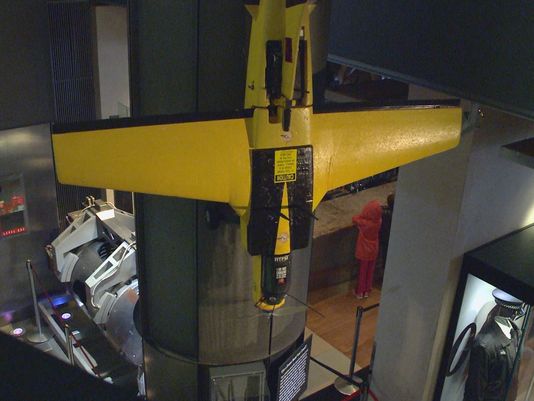 Long-time friends and former Air Force buddies, Mike Tassey and Rich Perkins, describe their state-of-the-art cyber drone as hard to take down, hard to see and virtually hard to detect.

They built it in a garage, using off the shelf electronics to prove a drone can be used to launch cyber-attacks.

It needs a human for take-off and landing but once airborne, it can fly any pre-programmed route posing as a cell phone tower and tricking wireless cell phones.

Tassey and Perkins tested the drone in isolated conditions to avoid breaking laws or recording conversations other than their own. 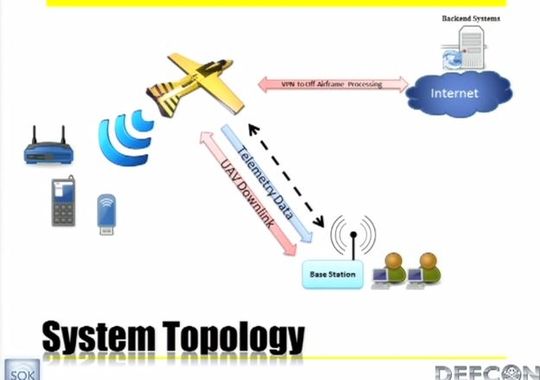 “We passed telephone calls, hacked into networks, cracked the encryption on Wi-Fi access points all of that sort of evilness is possible,” said Tassey.

And now their spy drone has landed in Washington so everyone can see it.

“I think it’s fantastic to have an artifact like this in the Spy Museum,” said Vincent Houghton, International Spy Museum Curator.

“If two guys from the Midwest can build this for six-thousand dollars in a garage, what can Iran do? What can nation states do?” said Rich Perkins.

The drone has a 50 mile range and while its creators chose a cyber-attack test, they say this technology can be used things like anti-IED missions and search and rescue operations.