Is The New UN Arms Treaty a Boon for German Industry?

24 Dec 2014 – Over Christmas, the UN treaty on arms trade (ATT) will enter into force, but the German arms industry explicitly welcomes the additional regulations. Industry leaders hope the treaty could spell access to new markets. 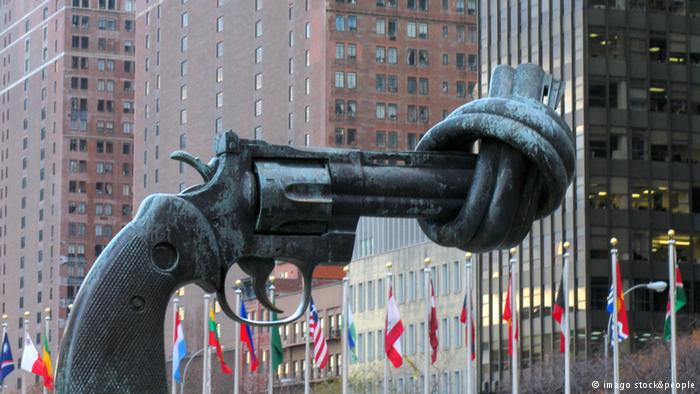 In principle, manufacturers of military weapons and arms could be expected to be deeply opposed to any regulation of the worldwide trading of their deadly wares.

However, the German arms industry adopts a completely different tone: “We think the UN treaty on arms trade known as ATT is an important agreement receiving worldwide recognition which will, hopefully, lead to a containment of unbridled arms dealing.”

Speaking to DW, Georg Wilhelm Adamowitsch, managing director of the Federation of German Security and Defence Industries (BDSV), was full of praise for the “Arms Trade Treaty” (ATT). Even so, he is convinced that the international treaty, which is effective as of December 24th, 2014, will not immediately affect German manufacturers: German laws for weapons and arms exports are much more rigid than ATT regulations, he says.

This view is shared by Jan van Aken, member of the German parliament and one of the sternest critics of German arms exports policy: “ATT standards are so low that there won’t be a single export of weapons that is restricted by it.” However, the treaty was at least a step in the right direction, the foreign policy spokesperson of the parliamentary group of the Left Party told DW: “Now we have in place, for the first time ever, worldwide regulations with respect to weapons transfers.”

When the treaty was approved with an overwhelming majority by UN member states in April 2013, reactions were much more euphoric.

At the time it was tagged “historic” and called “a milestone.” Even then, though, critics noted that the treaty did not include any punishments for violations. What’s more, weapons exports can be kept under wraps if business secrets would otherwise be disclosed, or if it is in the interest of national security.

By the same token, there are some contractual regulations: ATT member states are not allowed to export military weapons, ammunition or certain arms components if the UN has imposed an arms embargo against the recipient state, or if the supplied weapons are used for carrying out genocide or crimes against humanity.

Beyond those clear restraints, the treaty becomes more open to interpretation: If the supplied weapons might undermine peace, international humanitarian law or basic human rights, proposed exports are to be reviewed rigorously. The same applies if there is a danger of weapons falling into the hands of terrorists or transnational organized crime. However, such exports are not explicitly outlawed.

History has shown repeatedly that such a review is, in fact, impossible. A huge problem lies, for instance, in the durability of weapons and ammunition. When, in the 1970s, German-French anti-tank missiles were sold to Syria, no one could have predicted that almost 40 years later Jihadist militants would get their hands on them and use them to fight Western forces.

That helps explain why arms lobbyist Adamowitsch and export critic van Aken share the view that the ATT will have no direct effects on German weapons exports. Whereas Adamowitsch does not see any restrictions for his line of business, van Aken would like to take a step further to establish stricter regulations and constrain exports. 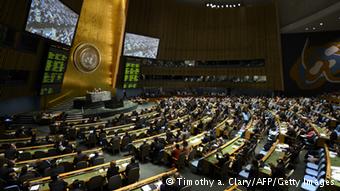 Both also wish for more states to join the treaty: thus far it is legally binding under international law for merely 57 countries, including Germany. By contrast, other key export nations such as Russia and China did not sign the treaty.

It’s on this point that the German and Western arms industry could be affected, says Michael Ashkenazi, researcher at the Bonn International Conversion Center (BICC): “Some states like Western states, NATO, United States and so on and so forth want an even playing field with places like China, Russia, Ukraine and so on, which sell globally without needing to consider humanitarian concerns. And there is a strong commercial pressure from the Western states to say: ‘Okay, we have to be even with the Eastern states.'”

Those economic interests are real. During the ATT negotiations, Germany was represented by its Federal Foreign Office – it was, in fact, one of the driving forces in the protracted talks. Nevertheless, the treaty was negotiated by members of the economic division instead of diplomats from the arms control department. “The ATT is a treaty which regulates international trade of conventional arms by establishing legally binding minimum standards applied uniformly across the world,” a representative for the Federal Foreign Office told DW: “It is, therefore, reasonable to have negotiations conducted by the economic division, which is in charge of arms export issues.”

That statement signifies that the German federal government sees economic interests in the foreground of the issue.

Industry spokesman Adamowitsch denies that there are direct economic interests related to the ATT on Germany’s part.

However, the German arms industry could profit from the treaty indirectly. Dubious recipient countries traditionally buy their weapons from suppliers who don’t care much about their use.

Yet, if an increasing number of recipient states adopt ATT standards, they will be able to buy from other states as well – including, perhaps, from Germany.

In Adamowitsch’s words, “We welcome that, on the basis of this treaty, a legal framework exists especially in the area of developing countries, according to which those countries have to make their own political export and import decisions. This provides all sides with more legal certainty and will, hopefully, lead to avoiding misuse of weapons exports in particular.”