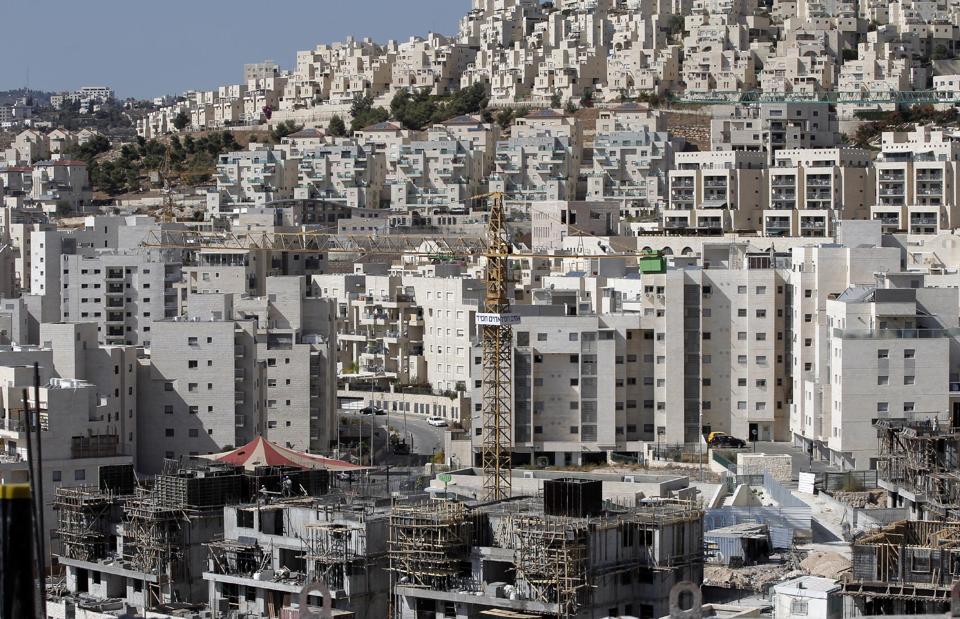 A partial view taken on October 29, 2014 shows cranes used to construct new buildings in the Israeli settlement of Har Homa, which was originally built in the 1990s, in the annexed Arab east Jerusalem area of Jabal Abu Ghneim (AFP Photo/Ahmad Gharabli)

“The municipal commission has given construction permits for 307 homes in Ramot and 73 in Har Homa,” Yosef Pepe Alalu, a Jerusalem city councillor with the opposition Meretz party, told AFP.

He said local officials were taking advantage of attention focusing on Israeli elections due in March to expand settlements.

“This kind of decision distances us from any chance of reaching an agreement with the Palestinians,” he said.

Despite repeated warnings from Washington that it is fuelling tensions, Israel has approved a series of plans for new settler homes in east Jerusalem in recent months.

Israel seized east Jerusalem during the 1967 Six-Day War and later annexed it in a move never recognised by the international community.

It refers to the entire city as its “united, undivided capital”, and does not view construction there as settlement activity.

The Palestinians want the city’s eastern sector as capital of their promised state and vehemently oppose any Israeli attempt to expand construction there.

Tensions between Israelis and Palestinians have boiled over in recent months with frequent clashes between security forces and stone-throwing protesters, and a series of deadly “lone wolf” attacks on Israeli civilians.