Every year in December, Christians all around the world celebrate Christmas, marking the birth of Jesus Christ. In fact, when it comes to venerating Christ, most Christians tend to go out-of-the-way and claim ownership of Christ. In Christianity, Jesus is viewed as the Son of God, or God Incarnate.

However, there is another religion that pays equal, if not greater, respect to Jesus, albeit in a slightly different manner.

Unlike Christianity that began respecting Christ only after he had left this world, Islamic veneration of Jesus began during the lifetime of Prophet Muhammad himself.

Islam views Jesus as a Prophet of God, rather than Son of God. Jesus, or Isa as he is called in Arabic, is referred to by name in nearly 25 different verses of The Quran, with titles such as Messenger, Prophet, and even Messiah. In fact, all Muslim theologians view Jesus as a precursor to Prophet Muhammad.

So, is the fact that both Christianity and Islam respect Jesus enough to build bridges between the two religions? Or are the different versions a source of perennial tension between adherents of the two faiths?

In Islam, Jesus is viewed as an icon of asceticism — a moral, spiritual and social role model. Ibn Arabi described Jesus as “the epitome of sainthood”, whereas al-Ghazali called him “the prophet of the soul”. Quite obviously, such descriptions are unique in their own way, and are different from the Christian narrative of a Divine Jesus.

In fact, even when Islam talks about the mother of Jesus, Virgin Mary, the focus is not on the miracle itself but on the miraculous birth. The Virgin Mary, or Maryam, holds an exalted spiritual position. Prophet Muhammad described her as one of the four “perfect” women in the history of humanity. She is also the only woman mentioned by name in The Quran, and there is an entire chapter named after her. 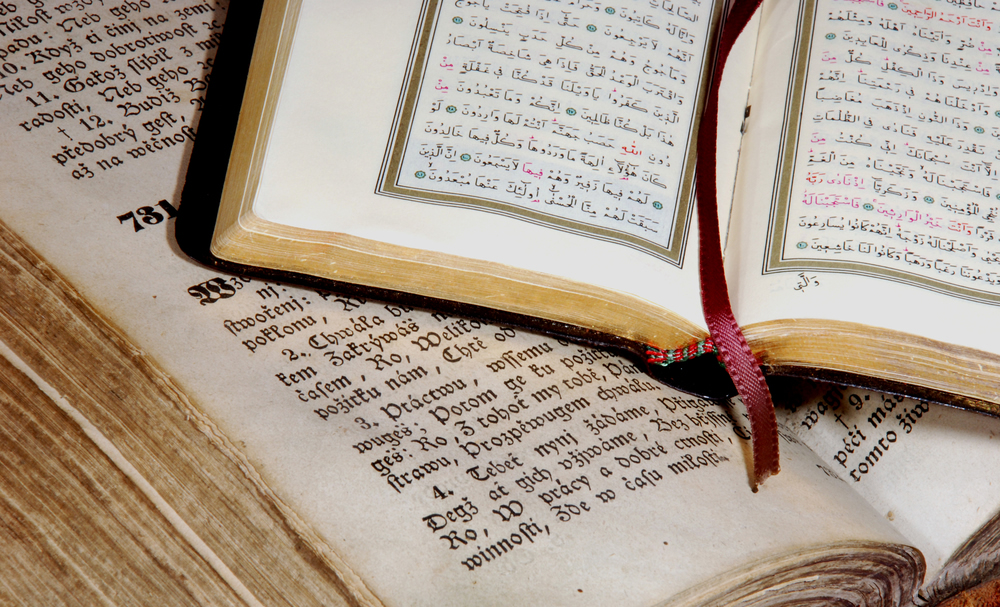 However, for Muslims, the Virgin Birth is not proof of the divinity of Jesus, but that of special status of Jesus. Islam rejects the Christian concepts of Trinity, Crucifixion and Resurrection. According to Islamic narrative, Jesus was not crucified, but risen bodily to Heaven by God. This is where Islam and Christianity differ. To quote the Christian theologian Jonathan Bartley:

Another viewpoint in this context is the fact that Islamic conception of Jesus — devoid of divinity and outside the Trinity — is in sync with the beliefs of the earliest Jewish and Christian sects, primarily the Ebionites and Nazarenes, who viewed Jesus as Messiah, but not as Son of God. As such, Muslim Jesus is the historical Jesus, as claimed by Cambridge academic John Casey:

“Islam’s Jesus is what Jesus might have been without St. Paul or St. Augustine or the Council of Nicaea.”

This can be traced back to the underlying concept of Islam in itself: Islam, unlike other faiths, is an intellectual and moral acknowledgment of the Sovereignty of One True God, sans the additional mythological luggage.

Amidst such differences, why can it not be possible to seek reasons for reconciliation between Christianity and Islam? After all, Jesus is indeed an esoteric part of Islamic faith and practice. Unlike Jewish tradition that by and large rejects Jesus, Islamic tradition has a place for Jesus at the very core of its devotion. This very idea of a Muslim Jesus is enough to fortify the resolve for peace between the two communities.

The Islamic view of Jesus is a salutary reminder of the times when both Christians and Muslims were more open to each other. In modern times, though, there is a tendency among Christians to claim ‘ownership’ over Jesus Christ — our Saviour, our Lord Jesus, our Messiah, not yours! On the other hand, certain Muslims too have nowadays started viewing Jesus as an icon of private reverence — our views towards Jesus are more respectful than yours!

However, such differences should not hinder the desire for co-existence — let us not forget that interfaith dialogue starts from acceptance and recognition of existing differences. Furthermore, in spite of doctrinal differences between Christianity and Islam, there are many areas of significant overlap as well — both Christians and Muslims believe that before the end of the world, Jesus Christ will return and defeat the Antichrist (In Islam, referred to as Masih ad-Dajjal or The False Prophet).

As such, as 2014 comes to an end, let us hope that in the coming days, both Muslims and Christians learn to live together in peace, and the differences between the two faiths lead to informed arguments, not uninformed attacks. After all, this is what The Quran has ordered us to do (29:46):

And argue not with the People of the Book (that is, Jews and Christians) unless it be in (a way) that is better, save with such of them as do wrong; and say: “We believe in that which hath been revealed unto us and revealed unto you; our Allah and your Allah is One, and unto Him we surrender.”

Sufyan bin Uzayr is the author of Sufism: A Brief History. He writes for several print and online publications and regularly blogs about issues of contemporary relevance at Political Periscope. You can email him at sufyanism@gmail.com.