“Judeo-Nazism” and the Prospects for a Comprehensive Agreement with Iran 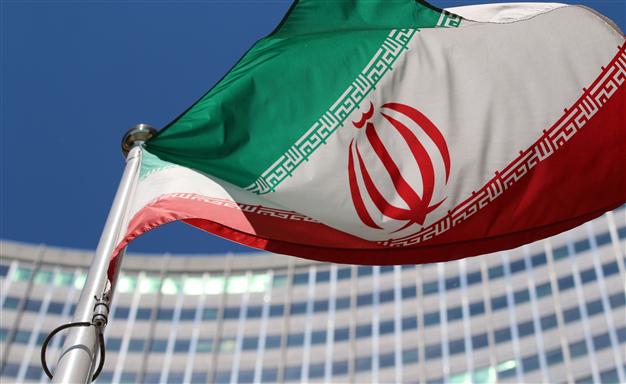 If a non-Jew had coined the phrase “Judeo-Nazism” he or she would have been verbally crucified by Zionism’s attack dogs and the mainstream Western media. The actual inventor of it was Yeshavahu Leibowitz, one of the most outspoken and controversial Jewish intellectuals of modern times. He was once described as “the conscience of Israel.” Before he died in 1994 he said “Judeo-Nazis” were on the rise in Israel. If he was alive today I imagine he would say, “They are now in control.”

The question awaiting an answer in the coming days and weeks is whether or not those who do Judeo-Nazism’s bidding in the U.S. Congress will succeed in sabotaging the comprehensive agreement-in-the-making with Iran over its nuclear program.

When U.S. Secretary of State John Kerry announced that more time was needed to reach an agreement he said, “We would be fools to walk away.” He then appealed to Congress not to act in a way that could sabotage the prospects for a successful negotiation. He said, “I hope they will come to see the wisdom of leaving us the equilibrium for a few months to be able to proceed without sending messages that might be misinterpreted and cause miscalculation.”

The immediate response was a statement issued by three senators – John McCain, Lindsey Graham and Kelly Ayotte. It said:

“We have supported the economic sanctions, passed by Congress and signed into law by the president, in addition to sanctions placed on Iran by the international community. These sanctions have had a negative impact on the Iranian economy and are one of the chief reasons the Iranians are now at the negotiating table. However, we believe this latest extension of talks should be coupled with increased sanctions and a requirement that any final deal between Iran and the United States be sent to Congress for approval. Every Member of Congress should have the opportunity to review the final deal and vote on this major foreign policy decision.”

Unless they are totally ignorant and completely stupid McCain, Graham and Ayotte must be aware of the certainty that increased sanctions will cause Iran’s negotiators to walk away saying they will not be intimated, blackmailed and humiliated by America.

On the assumption that the three senators are not totally ignorant and not completely stupid, the conclusion has to be that they really do want to kill the deal-in-the-making even though it is in America’s own best interests. (In his analysis of the situation the BBC’s Jeremy Bowen said the reason why none of the negotiators wanted to walk away was that“the alternative to a deal might in the end turn out to be war“. I’ll add to that by saying it may well be war that McCain and other would-be deal wreckers really want).

The American Israel Public Affairs Committee (AIPAC), the leading Zionist lobby group which drafts the scripts from which many in Congress speak, came out with its own statement.

“Congress delayed enacting additional sanctions over the past year to give negotiations a chance. It is now essential that Congress take up new bipartisan sanctions legislation to let Tehran know that it will face much more severe pressure if it does not clearly abandon its nuclear weapons program. We urge Congress to play its traditional and critical role to ensure that a final agreement truly eliminates any path for Iran to build a nuclear weapon.”

THE FACT THAT IRAN DOES NOT WANT TO POSSESS NUCLEAR WEAPONS IS OF NO INTEREST TO ISRAEL’S JUDEO-NAZIS AND THEIR ALLIES IN AMERICA.

The possibility of war with Iran is obviously in the minds of other elements of the Zionist lobby.

In its statement following the announcement of the extension of negotiations the Iran task force of the Jewish Institute for National Security Affairs (JINSA), which is co-chaired by Dennis Ross who held the Iran portfolio at the White House during a part of Obama’s first term, said this. “In addition to increasing economic pressure Washington should provide weaponry to Israel that would make its threats to attack Iran more credible.”

JINSA, a Washington-based, neo-conservative, pro-Israel right or wrong think-tank, was founded in 1976. Its advisory board includes Richard Perle, Michael Ledeen and James Woolsey; and before they entered the Bush administration Dick Cheney, Douglas Feith and John Bolton were on its Board of Advisors. The collective term I would use to describe that lot is war mongers.

Then came the contribution of the Emergency Committee for Israel (ECI). It was founded in 2010 and its board members include William Kristol, the editor of the Weekly Standard. He is second to none in his unconditional support for Israel’s policies and actions. The ECI’s main mission seems to be intimidating critics of Netanyahu and damaging Obama.

Its statement included this.

“There’s no point waiting seven months for either another failure or a truly terrible deal. Congress should act now to re-impose sanctions and re-establish U.S. red lines that will prevent Iran from acquiring a nuclear weapons capability. To that end, such legislation must limit the president’s authority to waive sanctions, an authority the president has already signaled a willingness to abuse in his desperate quest for a deal with the mullahs.”

But the most anti-Obama, anti-Iran and anti-Palestinian rhetoric was that which spewed from the mouths of the idiots who addressed the gala dinner of the Zionist Organization of America (ZOA) in the ballroom of the Grand Hyatt near Grand Central Station in Manhattan.

The audience of more than 1,000 cheered wildly when ZOA president Mort Klein pointedly referred to the president as “Barack HUSSEIN Obama.” They all knew he was implying that Obama is a Muslim and not an American.

Klein also said “Mahmoud Abbas is a terrorist like his predecessor Yasser Arafat” and “Hamas is a Nazi-like terrorist group whose charter calls for the murder of every Jew.” (There is no space in Klein’s deluded mind and the minds of all who think like him for the truths of history. One of them is that Arafat prepared the ground on his side for peace on terms any rational Israeli government would have accepted with relief 35 years ago. Another is the Hamas’s leaders have long been on the public record with the statement that Hamas would live in peace with an Israel withdrawn to its pre-1967 borders IF a two-state solution was available and IF Palestinian acceptance of it was confirmed by a referendum).

There was more wild applause for the description of Obama offered by Bernie Marcus, one of the founders of Home Depot, America’s biggest home improvement retailer with stores in all 50 states, across Canada and beyond. He described Obama as “A Chamberlain in the White House.” (Neville Chamberlain was the British prime minister who thought that appeasing Hitler was the best thing to do. Today there’s a case for saying that all Western prime ministers and presidents think it is in their best interests to appease Judeo-Nazism).

According to Chemi Shalev’s report of the ZOA’s gala dinner for Ha’aretz, it was Pastor John Hagee, the founder of Christians United for Israel (CUFI), who brought the audience “close to rapture.” He did so by describing Obama as “The most anti-Semitic president ever.” (That’s nonsense but it, nonsense, is what CUFI is all about).

In Shalev’s view the real star of the evening was Republican senator Ted Cruz who, in 2012, became the first Cuban American or Latino to be elected to Congress from Texas. He devoted much of his speech to what he asserted were his own accomplishments in defense of Israel, but his main point, contrary to the assessment of Israel’s own security chiefs as Shalev noted, was that “The threats to Israel have never been greater.” He added: We do not need leaders who speak empty words, we need leaders who will act.” (He either doesn’t understand or doesn’t care that the biggest real threat to Israel is its self-righteousness and its on-going colonization of the occupied West Bank).

Cruz is entertaining the hope that he will be the Republican frontrunner for 2016 race to the White House so his whole speech was a pitch for Zionist support, campaign funds especially. He must have been pleased when many in the audience rose to their feet chanting “Go, Ted, go!” (They meant go for the White House. I imagine Iranians and Palestinians would say go to hell).

If the history of Zionism’s success to date in more often than not imposing its will on American foreign policy for the Middle East was the only guide to the future, there would be a case for saying it is possible, even probable, that the deal-in-the-making with Iran will be sabotaged. (According to a usually well informed source the main reason for the failure to conclude a comprehensive agreement by the 24 November deadline was that Iran was not satisfied with Kerry’s assurance as given that Obama would be allowed to deliver).

But there’s also a case for saying that the would-be deal wreckers in Congress have good cause to be very careful about what they actually do as opposed to what they say to remain in Zionism’s good books. This case rests on the fact that polls have been indicating that a majority of Americans are not only fed up with Congress and tired of war but that they want an agreement with Iran. As does American big business according to my sources.

One obvious implication is that if it was successful a Republican-led effort in Congress to kill the deal-in-the-making with Iran could seriously damage Republican election prospects in 2016. There’s much a rejected Iran could do to add to America’s problems in the Middle East, in Syria and Iraq especially and possibly even Saudi Arabia and other Gulf states, and many Americans would blame the deal wreckers in Congress.

Republican party leaders must be aware of what the future could be if there is no deal with Iran, and that’s why I believe that when Obama push comes to Zionist-driven Republican shove, there’s a chance – I put it no higher than 55 to 45 – that Obama will get his way and a comprehensive agreement will be concluded.

If the deal is sabotaged, and if I was an Iranian, I would want my government to develop and possess a nuclear bomb or two for the purpose of deterrence. My logic would be that if Saddam Hussein had possessed nuclear weapons Iraq would not have been attacked and invaded. And that’s a logic that might well prevail in Iran if an agreement with the P5+1 is sabotaged.

Alan Hart has been engaged with events in the Middle East and their global consequences and terrifying implications for nearly 40 years as a correspondent for ITN’s News At Ten, BBC’s Panorama, and as a researcher and author. Also as a participant at leadership level, working to a Security Council background briefing, in the covert diplomacy of the search for peace.