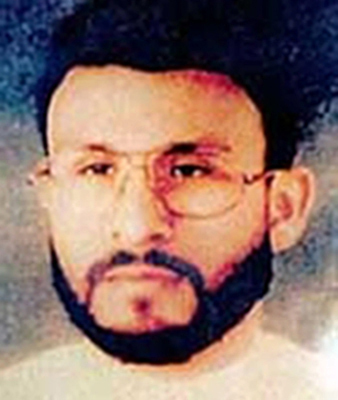 [The qualification ‘torture’ is not used one single time in this piece. –TMS editor]

11 Dec 2014 – Of all the harrowing accounts and chilling examples in the U.S. Senate report on CIA interrogation practices, among the most striking was that of Abu Zubaydah. One of the first detainees in the war on terror, he was also one of the most vital. Lying in a bed in Thailand, he told FBI interrogators all about Khalid Sheik Mohammed — the mastermind of the Sept. 11th attacks.

But then the CIA showed up. Its team was accompanied by a psychologist. And he wanted to conduct a test that would get “Zubaydah to reveal everything by severing his sense of personality and scaring him almost to death,” reported Vanity Fair in 2007 in a groundbreaking story. So interrogators built a coffin and stuffed him inside it, the Senate report said, for 300 hours. He was waterboarded 83 times in 17 days. He was absolutely broken by the procedures — but not one significant plot was foiled as a result of his confessions.

Despite the failure of the interrogation methods, the psychological concept guiding them — called “learned helplessness” — lived on. With the guidance of two psychologists on contract to the CIA for $1,800 per day, the technique of stripping someone of their will would be applied to numerous additional prisoners in the coming years. Media reports have named the two psychologists: Jim Mitchell and Bruce Jessen, who in all earned $81 million in payment. They derived their approach from a well-known 1967 research paper by University of Pennsylvania psychologists.

The concept: “exposing organisms to aversive events which they cannot control,” according to a later paper in the Journal of Experimental Psychology co-authored by Martin E. Seligman, who studied what happens when someone loses control over their life. One definition of the result: “an apathetic attitude stemming from the conviction that one’s actions do not have the power to affect one’s situation.” But it’s also more than that. Learned helplessness occurs when a subject is so broken he will not even attempt escape if the opportunity presents itself.

The original tests were designed for dogs as part of a search for treatment of depression in humans. Seligman subjected two groups of dogs to electric shocks. One had an escape: If they moved to one area, they could stop the shocks. The other had none, and soon realized that they no matter what they did, their torment would continue. The result “seemed related to the concept of learned ‘helplessness’ or ‘hopelessness,’” the paper said.

Decades later, the psychologist Mitchell became enamored with the idea. And in 2001, he approached Seligman at a small gathering at Seligman’s house, the New York Times reported. Mitchell was so effusive in his praise of “learned helplessness” that Seligman recalled it years later. He even told his wife of the strange encounter that night. But Seligman was unaware of the uses to which it would be put.

When he later learned through media accounts how it was employed– for enhanced interrogation–he issued a statement: “I am grieved and horrified that good science, which has helped so many people overcome depression, may have been used for such bad purposes.”

That may have been because he knew what the principle could do to a distressed person, as mentioned in later accounts of the treatment. In people, it “disrupts normal development and learning and leads to emotional disturbances, especially depression.”

This is exactly what appeared to happen to Abu Zabaydah. With the backing of the CIA, he was stripped and exposed to loud rock music. Then, after weeks of psychological interrogation, the Senate report said Zabaydah became “compliant.”

He had been trained. Like one of Seligman’s dogs.

Now, reached for comment by Bloomberg News, Mitchell would not confirm or deny his role. But he took issue with the report’s description of the treatment. The psychologist said the Senate report “cherry picks things” and others are taken out of context: “It looks like what they did was get some facts wrong. It is easy looking back in hindsight and say you could have done it better.”

It’s unclear from his comment whether he was referring to the efficacy of “learned helplessness” in exposing secrets — or the decision to use it at all. He declined to elaborate.