Rectal Rehydration and Broken Limbs: The Grisliest Findings in the CIA Torture Report

Parts of the CIA interrogation programme were known, but the catalogue of abuse is nightmarish, especially knowing much more will never be revealed. 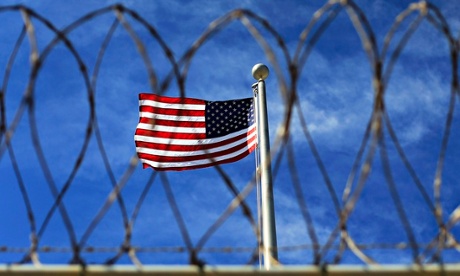 Detainees were forced to stand on broken limbs for hours, kept in complete darkness, deprived of sleep for up to 180 hours, sometimes standing. Photograph: Bob Strong/Reuters

The full horror of the CIA interrogation and detention programmes launched in the wake of the September 11 terror attack was laid bare in the long-awaited Senate report released on Tuesday.

While parts of the programme had been known – and much more will never be revealed – the catalogue of abuse is nightmarish and reads like something invented by the Marquis de Sade or Hieronymous Bosch.

Detainees were forced to stand on broken limbs for hours, kept in complete darkness, deprived of sleep for up to 180 hours, sometimes standing, sometimes with their arms shackled above their heads.

The report mentions mock executions, Russian roulette. US agents threatened to slit the throat of a detainee’s mother, sexually abuse another and threatened prisoners’ children. One prisoner died of hypothermia brought on in part by being forced to sit on a bare concrete floor without pants.

The CIA began the establishment of a specialised detention centre, codenamed DETENTION SITE COBALT, in April 2002. Although its location is not identified in the report it has been widely identified as being in Afghanistan. Conditions at the site were described in the report as poor “and were especially bleak early in the program”.

The CIA chief of interrogations described COBALT as “a dungeon”. There were 20 cells, with blacked-out windows. Detainees were “kept in complete darkness and constantly shackled in isolated cells with loud music and only a bucket to use for human waste”. It was cold, something the report says likely contributed to the death of a detainee.

Prisoners were walked around naked or were shackled with their hands above their heads for extended periods of time. About five CIA officers would engage in what is described as a “rough takedown”. A detainee would be shouted at, have his clothes cut off, be secured with tape, hooded and dragged up and down a long corridor while being slapped and punched.

A CIA photograph shows a waterboard at the site, surrounded by buckets and a bottle of an unknown pink solution and a watering can resting on the beams of the waterboard. The CIA failed to provide a detailed explanation of the items in the photograph. 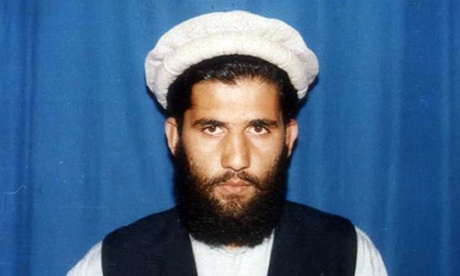 Gul Rahman died in the early hours of 20 November 2002, after being shackled to a cold concrete wall in a secret CIA prison. Photograph: AP

At COBALT, the CIA interrogated in 2002 Gul Rahman, described as a suspected Islamic extremist. He was subjected to “48 hours of sleep deprivation, auditory overload, total darkness, isolation, a cold shower and rough treatment”.

CIA headquarters suggested “enhanced measures” might be needed to get him to comply. A CIA officer at COBALT ordered Rahman be “shackled to the wall of his cell in a position that required the detainee to rest on the bare concrete floor”.

He was only wearing a sweatshirt as a CIA officer has ordered his clothes to be removed earlier after judging him to be uncooperative during an interrogation.

The next day, guards found Rahman dead. An internal CIA review and autopsy assessed he likely died from hypothermia – “in part from having been forced to sit on the bare concrete floor without pants”. An initial CIA review and cable sent to CIA headquarters after his death included a number of misstatements and omissions.

Shackled to the wall

The CIA in the first half of 2003 interrogated four detainees described as having “medical complications in their lower extremities”: two had a broken foot, one had a sprained ankle and one a prosthetic leg.

CIA officers shackled each of them in a standing position for sleep deprivation for extended periods until medical staff assessed they could no longer maintain that position.

“The two detainees that each had a broken foot were also subjected to walling, stress positions and cramped confinement, despite the note in their interrogation plans that these specific enhanced interrogation techniques were not requested because of the medical condition of the detainees,” the report says.

CIA operatives subjected at least five detainees to what they called “rectal rehydration and feeding”.

One CIA cable released in the report reveals that detainee Majid Khan was administered by enema his “‘lunch tray’ consisting of hummus, pasta with sauce, nuts and raisins was ‘pureed and rectally infused’”. One CIA officer’s email was in the report quoted as saying “we used the largest Ewal [sic] tube we had”.

Rectal feeding is of limited application in actually keeping a person alive or administering nutrients, since the colon and rectum cannot absorb much besides salt, glucose and a few minerals and vitamins. The CIA administered rectal rehydration to Khalid Sheikh Mohammed “without a determination of medical need” and justified “rectal fluid resuscitation” of Abu Zubaydah because he “partially refus[ed] liquids”. Al-Nashiri was given an enema after a brief hunger strike.

The CIA’s chief of interrogations characterized rectal rehydration as a method of “total control” over detainees, and an unnamed person said the procedure helped to “clear a person’s head”.

Waterboarding of Abu Zubaydah and KSM

The report suggests Abu Zubaydah was a broken man after his extensive interrogations. In CIA documents he is described as having become so compliant that “when the interrogator raised his eyebrows” he would walk to the “water table” and sit down. The interrogator only had to snap his fingers twice for Abu Zabaydah to lie down, ready for water-boarding, the report says.

“At times Abu Zubaydah was described as ‘hysterical’ and ‘distressed to the level that he was unable effectively to communicate’. Waterboarding sessions ‘resulted in immediate fluid intake and involuntary leg, chest and arm spasms’ and ‘hysterical pleas’. In at least one waterboarding session, Abu Zubaydah ‘became completely unresponsive, with bubbles rising through his open, full mouth’ … Abu Zubaydah remained unresponsive until medical intervention, when he regained consciousness and ‘expelled copious amounts of liquid’.”

The CIA doctor overseeing the waterboarding of Khalid Sheikh Mohammed said that the prisoner was ingesting so much water that he or she was no longer concerned that regurgitated gastric acid was likely to damage his oesophagus. But, the doctor warned, the CIA should start using saline, because his electrolytes were becoming too diluted.

The forgotten man chained to a wall

One CIA interrogator at COBALT reported that “‘literally, a detainee could go for days or weeks without anyone looking at him’, and that his team found one detainee who ‘as far as we could determine’, had been chained to a wall in a standing position for 17 days’.’ Some prisoners were said to be like dogs in kennels: “When the doors to their cells were pened, ‘they cowered.’”

In April 2006, during a CIA briefing, President George W Bush, expressed discomfort at the “image of a detainee, chained to the ceiling, clothed in a diaper, and forced to go to the bathroom on himself”. This man is thought to be Ridha al-Najjar, who was forced to spend 22 hours each day with one or both wrists chained to an overhead bar, for two consecutive days, while wearing a diaper. His incarceration was concealed from the International Committee of the Red Cross.

Sleep deprivation involved keeping detainees awake for up to 180 hours, usually standing or in stress positions, at times with their hands shackled above their heads. At least five detainees experienced disturbing hallucinations during prolonged sleep deprivation and, in at least two of those cases, the CIA nonetheless continued the sleep deprivation.” One of the prisoners forced to say awake for seven-and-a-half days was Khalid Sheikh Mohammed. Most of this time he was forced to stand. The report says that former CIS director Michael Hayden was aware that Mohammed had been deprived of sleep for this period.

The White House, National Security Council (NSC) and others were given “extensive amounts of inaccurate and incomplete information” related to the operation and effectiveness of the CIA’s detention and interrogation programme. No CIA officer briefed the president on the specific CIA enhanced interrogation techniques before April 2006. The CIA did not inform two secretaries of state of the locations of CIA detention facilities, despite the foreign policy implications and the fact that the political leaders of host countries were generally informed of their existence. FBI director Robert Mueller was denied access to CIA detainees that the FBI believed was necessary to understand domestic threats.

At the direction of the White House, the secretaries of state and defence – both principals on the National Security Council – were not briefed on the programme’s specifics until September 2003. An internal CIA email from July 2003 noted that the White House was “extremely concerned” that defence secretary Colin Powell “would blow his stack if he were to be briefed on what’s been going on.”

Among its findings, the report says that: “The CIA did not conduct a comprehensive or accurate accounting of the number of individuals it detained, and held individuals who did not meet its own legal standard for detention.”

The CIA acknowledged to the House Permanent Select Committee on Intelligence (HPSCI) in February 2006 that it had wrongly detained five individuals throughout the course of its detention programme. The report’s review of CIA records indicates that at least 21 additional individuals, or a total of 26 of the 119 (22%), of detainees identified did not meet the CIA’s standard for detention.

The report calls the number “a conservative calculation” and notes it does not include “individuals about whom there was internal disagreement within the CIA over whether the detainee met the standard or not, or the numerous detainees who, following their detention and interrogation, were found not to ‘pose a continuing threat of violence or death to US persons and interests’ or to be ‘planning terrorist activities’.

With one exception, the reports says there are no CIA records that indicate that anyone was held accountable for “the detention of individuals the CIA itself determined were wrongfully detained.”

The CIA gave inaccurate information to journalists in background briefings to mislead the public about the efficacy of its interrogation programme, the report reveals.

“In seeking to shape press reporting … CIA officers and the CIA’s Office of Public Affairs (OPA) provided unattributed background information on the program to journalists for books, articles and broadcasts, including when the existence of the CIA’s Detention and Interrogation Program was still classified,” the report said.

It also added that when this still-classified information was published, the CIA did not, as a matter of policy, submit crime reports – highlighting a gulf between officially sanctioned leaks and non-sanctioned whistleblowing, the latter of which is often heavily prosecuted.

The report refers to Ronald Kessler’s book The CIA At War. An unidentified party at the CIA – the name and office is redacted – decided not to open an investigation into the publication of classified information by Kiessler “because ‘OPA provided assistance with the book.’”

An article by Douglas Jehl in the New York Times also contained “significant classified information,” which was also not investigated because it was based on information provided by the CIA.

Both the book and the article, the report continues, contained inaccurate information about the effectiveness of CIA interrogation programs, and untrue accounts of interrogations.

Many of the inaccuracies the CIA fed to journalists, the report says, were consistent with inaccurate information being provided by the agency to policymakers at the time.