The New European ‘Arc of Instability’

If the dangerous stand-off between the EU and Russia over Ukraine is not solved, the EU could face, up to 2030, a military build-up in eastern Europe; a new arms race with NATO as a protagonist; and a semi-permanent “zone of instability” from the Baltic to the Balkans and the Black Sea.

What these two think-tanks don’t – and won’t – ever acknowledge is that a new European “arc of instability” – from the Baltic to the Black Sea, as myself and other independent analysts have stressed – is exactly what the Empire of Chaos and its weaponized arm – NATO – are working on to prevent closer Eurasia integration.

By the way, the Pentagon excels in fabricating “arcs of instability.” The previous one was – and remains – massive, stretching from the Maghreb to Xinjiang in western China across the Middle East and Central Asia. 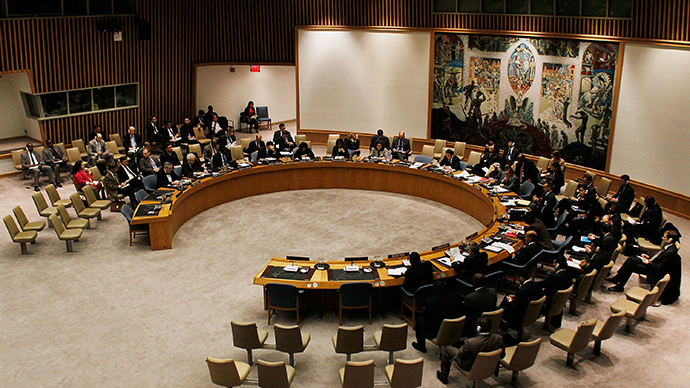 Moscow has totally identified the plot; Foreign Minister Sergey Lavrov, once again, has made it crystal clear, in detail.

And crucially, some influential sectors in Germany also did, as in members of the cultural elite destroying the notion of a new war in Europe: “Not in our name.”

The same applies to those that always preach more transatlantic cooperation, extol the US’s “defining” role in Germany, and effusively praise Germany as the most American country in Europe; that’s the case of the Frankfurter Allgemeine newspaper – which stands for the core of the political and economic establishment in Germany.

It’s still in an embryonic stage, and has not yet made Chancellor Angela Merkel see the light; but a reverse reengineering of Atlanticist relations is already in progress in Germany.

Meanwhile, the proverbial group of extremist US senators, plus the notorious poodles/vassals of Britain and Poland, haven’t stopped lobbying to shut Russia off from SWIFT – just as they did with Iran.

This would be nothing but yet another declaration of (economic) war – or the economic counterpoint to NATO hysteria. In fairness, a great deal of the EU – especially Germany – knows this is madness.

Germany’s top financial paper Handelsblatt recently published a key interview with head of VTB-Bank Andrei Kostin, which has still not been translated into any major English-language paper.

Kostin went straight to the point: “Of course, there is a plan B [in the case of Russia being shut off from the SWIFT bank system], but in my personal opinion it would mean war – if this type of sanction will be introduced. America and Europe did that against Iran but with Iran at that time there were no diplomatic relations, only military containment…if Russian banks’ access to SWIFT will be prohibited, the US ambassador to Moscow should leave the same day. Diplomatic relations must be finished. Banking is the most vulnerable part of the Russian economy because the system is based so strongly on the dollar and the euro.”

Next May, Russia’s Central Bank is planning to introduce an analogue to SWIFT – after key consultations with China. It’s always important to keep in mind that China set up a parallel SWIFT to do business with Iran under sanctions. But still there will be a window of four months for a lot of nasty things to happen after a Republican-controlled US Senate is empowered in January.

And then there’s the golden rule. Why is Russia buying so much gold? With the US dollar forced upward and gold downward, it makes total business sense to sell gas for inflated dollars and then buy cheap depressed gold; that’s what the Chinese call a “win-win.” And of course on both counts, the West loses.

The Washington/Wall Street elites are fully aware that both Moscow and Beijing won’t accumulate US dollars anymore. As for the Masters of the Universe plutocrats who manipulate/control the value of the US dollar, a case can be made that one of their purposes is wrecking the US’s industrial base and the nation’s middle classes.

Moscow, meanwhile, has adjusted to the new “instability.” The weak ruble has a positive effect – already stressed by President Putin – by forcing Russia to diversify its manufacturing and become more self-sufficient.

Of course, the problem remains for Russia to pay the foreign interest on its debt in US dollars. Moscow could always declare a moratorium in debt repayments. The ruble might go down even more. But as everyone from Lukoil to Rosneft converts more US dollars into rubles, that will drive the ruble back up. Not to mention that the ruble is shorted as it stands. The bottom line is that Moscow has learned yet another lesson for the immediate future: never become indebted to the West.

What’s certain is that the Empire of Chaos won’t relent in its strategy of heating up the new arc of instability – inside Europe, across the economic/financial spectrum – and instrumentalizing its pre-fabricated New Iron Curtain from the Baltic to the Black Sea.

The Kremlin seems to know exactly how high the stakes are. As The Saker told me in an email, “Putin is telling both the West and the Russian people that there is a long war in progress and that the Russian people have to morally be prepared to accept sacrifices for the survival of Russia. This is one more step in the ‘coming-out’ of what I call the ‘Eurasian Sovereignists’ in which the US [has] now openly declared as a Russophobic (Russia-hating and Russia-fearing) enemy, and the Europeans as a powerless colony. Military power is not directly a factor in this, the internal power balance between the pro-Western ‘Atlantic Integrationists’ and the ‘Eurasian Sovereignists’ is.”

It’s all here – from the debacle of a regime (Bretton Woods) to the current, provoked crisis, all brilliantly explained by Mikhail Khazin. Russia is getting ready to rock. Is the West?