Close Guantanamo—Then Give It Back to Cuba 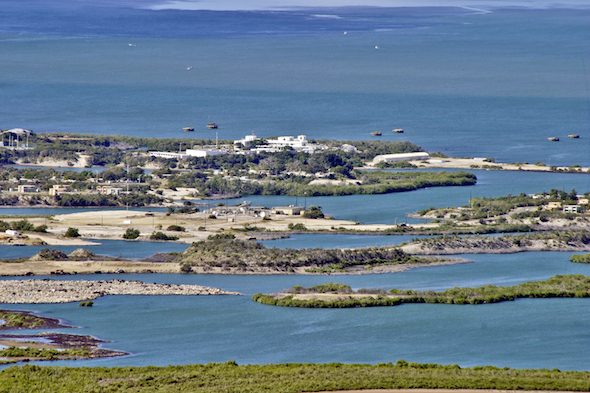 7 Jan 2015 – This week marks the 13th anniversary of the arrival of the first post-9/11 prisoners to Guantanamo Bay, the most notorious prison on the planet. This grim anniversary, and the beginning of normalization of diplomatic relations between the U.S and Cuba, serves as a reminder that we need to permanently close the prison and return the land to its rightful owners, the Cuban people. It is time to put an end to this dark chapter of United States history.

“The detention facilities at Guantanamo for individuals covered by this order shall be closed as soon as practicable,” President Barack Obama wrote nearly six years ago, in one of his first executive orders, on Jan. 22, 2009. Despite this, the prison remains open, with 127 prisoners left there after Kazakhstan accepted five who were released on Dec. 30. There have been 779 prisoners known to have been held at the base since 2002, many for more than 10 years without charge or trial. Thanks to WikiLeaks and its alleged source, Chelsea Manning, we know most of their names.

Col. Morris Davis was the chief prosecutor in Guantanamo from 2005 to 2007. He resigned, after an appointee of George W. Bush overrode his decision forbidding the use of evidence collected under torture. Davis later told me, “I was convinced we weren’t committed to having full, fair and open trials, and this was going to be more political theater than it was going to be justice.” Obama did create a special envoy for Guantanamo closure, although the person who most recently held the position, Cliff Sloan, abruptly resigned at the end of December without giving a reason. In a just-published opinion piece in The New York Times, Sloan wrote, “As a high-ranking security official from one of our staunchest allies on counterterrorism (not from Europe) once told me, ‘The greatest single action the United States can take to fight terrorism is to close Guantanamo.’”

The U.S. has imposed a crushing embargo against Cuba for more than half a century, ostensibly to punish the small country for its form of governance. What kind of alternative does the United States show Cubans on that corner of their island that the U.S. controls? A hellish, military prison beyond the reach of U.S. laws, where hundreds of men have been held, most without charge, and many beaten and tortured.

President Obama rightly chastises Egypt for imprisoning three Al-Jazeera journalists, Peter Greste, Mohamed Fahmy and Baher Mohamed. “They should be released,” Obama told reporters last August. Yet, sadly, Egypt only needs to look to the U.S. to determine acceptable treatment of Al-Jazeera journalists. Sami al-Hajj was a cameraman for the network. He was covering the U.S. invasion of Afghanistan in 2001 when the Pakistani military picked him up and handed him over to U.S. forces. After 17 brutal days at Bagram Air Field, he was transferred to Guantanamo Bay, where he was held without charge for more than six years. He was tortured, beaten and humiliated. Al-Hajj went on a hunger strike for 480 days, and was subjected to forced feeding through nasal tubes. He was released in May 2008.

I sat down with Sami al-Hajj in December 2012 at Al-Jazeera’s headquarters in Doha, Qatar, where he was heading the network’s Human Rights and Public Liberties desk. He said the U.S tried to coerce him into spying while he was imprisoned:

“They [offered] to give me a U.S.A. nationality and take care about my family if I work with them in CIA to continue my job being journalist with Al-Jazeera, just send them information about the link between Al-Jazeera and al-Qaida and the terrorist people and some people in the Middle East. Of course, I refused to do that. I told them, ‘I’m journalist, and I will die as a journalist.’”

The United States knew he was innocent, but wanted him to spy on Al-Jazeera, so it subjected him to years of harsh imprisonment in an attempt to break him?

The United States took Guantanamo Bay by force in 1898, during the Spanish-American War, and extracted an indefinite lease on the property from Cuba in 1903. Returning Guantanamo Bay to Cuba will begin to right more than a century of wrongs that the U.S. government has perpetrated there. Most importantly, the return of the Guantanamo Bay prison and naval base will make it harder for any future war criminals, whether in the White House, the Pentagon or the CIA and their enthusiastic cheerleaders in Congress, to use Guantanamo as their distant dungeon, to inflict torture and terror on prisoners, many of them innocent, far from the eyes of the people of the United States, and far from the reach of criminal courts.

Amy Goodman is the host of “Democracy Now!,” a daily international TV/radio news hour airing on more than 1,200 stations in North America. She is the co-author of “The Silenced Majority,” a New York Times best-seller.