I Am a Marxist, Dalai Lama Says 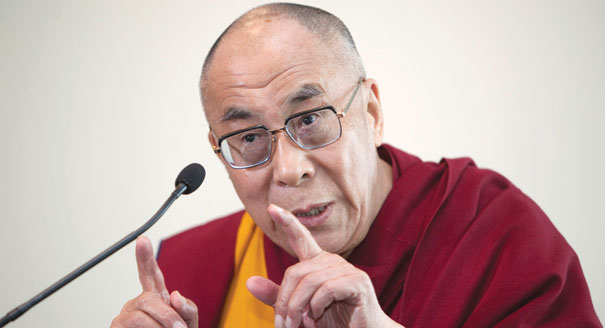 Describing himself as a Marxist, Tibetan spiritual leader the Dalai Lama on Tuesday [13 Jan 2015] said many Marxist leaders have now become capitalists in thinking.

“As far as social-economic theory is concerned, I am still a Marxist,” the spiritual leader said adding that he admires Marxism because of its focus on reducing gap between the rich and the poor.

“Many Marxist leaders are now capitalists in their thinking. It depends on their motivation, thinking, wider perspective,” the spiritual leader said during a lecture on world peace in Presidency University.

“In capitalist countries, there is an increasing gap between the rich and the poor. In Marxism, there is emphasis on equal distribution. That is very crucial to me,” he said.

He blamed discrimination against women and those from low-castes for hampering peace in India, but said, “Muslims in India are living more safely than the Shias of Pakistan.”

The 14th Dalai Lama appealed to those under the age of 30 to make the 21st century as the “century of peace”.

“The previous century was one of violence. If we make this the century of dialogue then it will become the century peace. I will not see this in my lifetime but we must start working on it. Those below thirty are the generation of the 21st century. You have to stop violence with your will, vision and wisdom,” Lama said while calling for a complete ban on nuclear weapons.

When a student asked him about the meaning of the title of his book “Freedom in exile”, he said that since India is a free country he also has complete freedom.

“I ran away at the age of 16 and lost my freedom, my country. Over 100,000 followers came to this country where I had lot of opportunities of meeting people from different religious backgrounds and leaders of different traditions. Because of all this and that India is a free country I also have my complete freedom. This is the meaning of freedom in exile,” he said.

Describing himself as a messenger of ancient Indian philosophy, the Lama said India is the guru and the people are the “chelas” (disciples).

“We ‘chelas’ are very reliable ones. We have kept the guru’s knowledge intact for over a thousand years. Now the knowledge of ‘chela’ is better than the knowledge of ‘guru’,” he said while appealing Indian to be more active in peace.