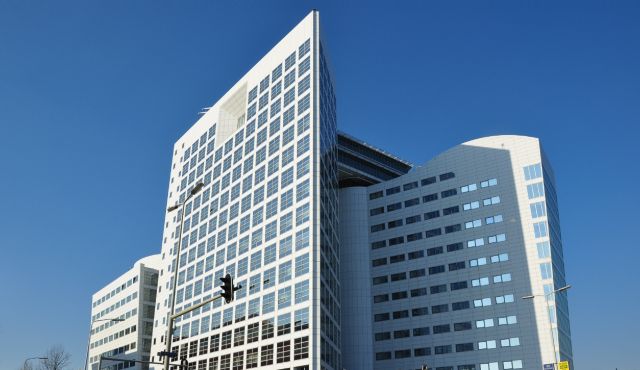 16 Jan 2015 – The prosecutor of the International Criminal Court says she has opened a preliminary probe into possible war crimes in the Palestinian territories.

Fatou Bensouda said in a statement Friday she will conduct the preliminary examination in “full independence and impartiality.”

The announcement comes after the Palestinian Authority acceded to the court’s founding treaty and recognized its jurisdiction dating back to the eve of last summer’s Gaza war.

Potential cases Bensouda could take on include allegations of war crimes by Israel during last summer’s Gaza war where the Palestinians suffered heavy civilian casualties. Israel’s settlement construction on occupied Palestinian lands could also be examined.

The cases could also include alleged war crimes by Hamas, which controls Gaza, including the firing of thousands of rockets at Israeli residential areas from crowded neighborhoods.

The prosecutor’s announcement comes after the Palestinian Authority acceded to The Hague-based court’s founding treaty and recognized its jurisdiction dating back to July, the eve of the last Gaza war.

Israel is not a member of the court.

“The Palestinian people called upon us to go to court and ask for an investigation and therefore we consider the announcement today as a historic event,” he said.

“Israel categorically rejects the statement by the ICC prosecutor” a statement issue by the bureau of Prime Minister Netanyahu said in response, adding that “The Palestinian Authority is not a state and therefore there is no place, also according to the ICC’s own regulations, for such a probe.”

“The absurdity of the decision is even greater since the PA is cooperating with Hamas, a terrorist organization that commits war crimes,” the statement said, adding that unlike Hamas, “Israel is fighting terrorism while upholding international law and has an independent judiciary.”

The decision by the ICC, the prime minister said, was a “complete reversal of the original objectives that were at the basis of the founding of the ICC,” which was also founded “following the mass killing of six million Jews by the Nazis.” Now, Netanyahu said, there are those who “wish to use this court against the Jewish state, which is defending itself from murderous terror that attack it as well as the entire world.”

Netanyahu also said that, “unfortunately, the move turns the court into part of the problem, rather than part of the solution,” Netanyahu concluded. “It’s a scandalous that only days after terrorists slaughtered Jews in Paris … the ICC opens an inquiry against the Jewish state, and only because it defends its citizens against Hamas, a terrorist organization that is partnered with the Palestinian Authority.”

Describing the court’s statement as hypocritical and supportive of terror, Foreign Minister Avigdor Lieberman the decision was “scandalous,” stemmed political and anti-Israel motives and was an attempt to “harm Israel’s right to defend itself against terror.” He added that Israel would take international action to have the ICC dismantled.

He said that the fact the court had not found it necessary to intervene in Syria, despite the over 200,000 deaths in that country’s civil war, but sees a need to “examine the most moral in the world” proves the decision was motivated by “political and anti-Israel considerations.”

“We won’t accept it and I will recommend that we don’t cooperate with it,” Lieberman said.

The Palestinian Authority two weeks ago officially submitted to the United Nations the request to join 22 international treaties, including the Rome Statute, the founding treaty of the ICC.

The applications were signed by Palestinian President Mahmoud Abbas following the failure of a Palestinian statehood bid at the UN Security Council.

In response to the Palestinian request to join the court at The Hague, Prime Minister Benjamin Netanyahu said Israel expects the ICC to reject the Palestinian application due to the fact that it is not a state.

Israel retaliated to the Palestinian move to join the ICC by freezing the transfer of more than $100 million a month in taxes it collects for the Palestinians.

The prosecutor is currently conducting eight preliminary examinations in Honduras, Ukraine, Iraq, Afghanistan, Colombia, Georgia, Guinea and Nigeria. Some have been going on for years.

Judges at the court must approve any request by the prosecution office for a full investigation.

Established in 2002, the court has struggled to live up to high expectations that it would end impunity for high-ranking perpetrators of atrocities in conflicts around the globe.

It has completed only three trials, ending in two convictions and an acquittal, all of rebel leaders from the Democratic Republic of Congo.

The court has no police force to secure crime scenes, gather evidence and arrest suspects and has repeatedly had trouble gaining custody of indicted suspects such as Sudanese President Omar al-Bashir, who has been charged with genocide in the conflict-torn Darfur region of his country.