The world’s leading economy is on a roll as it enters a new year in the Chinese zodiac. Welcome to the Year of the Sheep. Or Goat. Or Ram. Or, technically, the Green Wooden Sheep (or Goat). 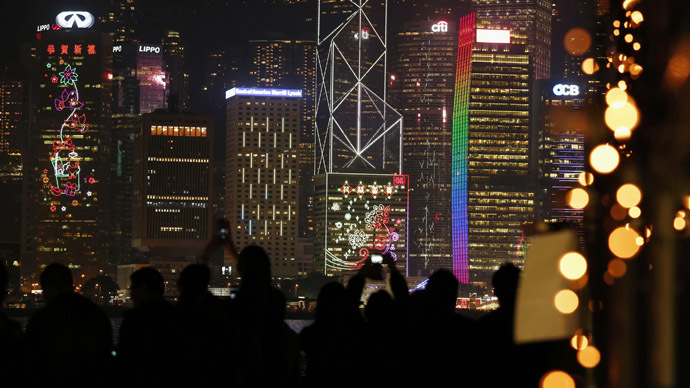 Even the best Chinese linguists can’t agree on how to translate it into English. Who cares?

The hyper-connected average Chinese – juggling among his five smart devices (smartphones, tablets, e-readers) – is bravely advancing a real commercial revolution. In China (and the rest of Asia) online transactions are now worth twice the combined value of transactions in the US and Europe.

As for the Middle Kingdom as a whole, it has ventured much further than the initial proposition of producing cheap goods and selling them to the rest of the planet, virtually dictating the global supply chain.

Now Made in China is going global. No less than 87 Chinese enterprises are among the Fortune Global 500 – their global business booming as they take stakes in an array of overseas assets.

Transatlantic trade? That’s the past. The wave of the future is Trans-Pacific trade as Asia boasts 15 of the world’s top twenty container ports (with China in pride of place with Shanghai, Hong Kong, Shenzhen, Guangzhou).

Sorry, Britannia, but it’s Asia – and particularly China – who now rule the waves. What a graphic contrast with the past 500 years since the first European trading ships arrived in eastern shores in the early 16th century.

Then there’s the spectacular rise of inland China. These provinces have a huge population of at least 720 million people and a GDP worth at least $3.6 trillion. As Ben Simpferdorfer detailed in his delightful The Rise of the New East (Palgrave MacMillan), “over 200 major Chinese cities with populations greater than 750,000 lay some 150 miles inland from the coast. In effect, we are observing the rise of the world’s largest landlocked economy, and that will change the way China looks at the world. From Guangzhou’s factories to Shanghai’s bankers, all are starting to look inward, not outward.”

This new way China looks at the world – and at itself – certainly has not registered in the way the world, especially the West, looks at China. In the West, the spin is always about China’s economy slowing down and bubbles about the burst. The real story is how China will develop and modernize its mid-and-large sized cities with populations larger than 750,000. China concentrating on itself is now as important as China spreading its tentacles across the world.

This is what’s at the heart of Beijing’s breathless “urbanization drive.”

Geopolitically, China has also tweaked its model, but the West, especially the US, has barely noticed it.

Essentially, the Beijing leadership finally got fed up with trying to manage a possible reset of the China-US strategic relationship, and be treated as an equal. Exceptionalists don’t do equality. So Beijing came up with its own response to the Obama administration’s political/military “pivot to Asia” – originally announced, and that’s quite significant, at the Pentagon.

Thus, in late November 2014, during the Central Foreign Affairs Work Conference in Beijing, President Xi Jinping made an earth-shattering announcement; from now on China would stop treating the US – and the EU – as its main strategic priority. The new focus is on the fellow BRICS group of emerging powers, especially Russia; Asian neighbors; and top nations of the Global South, referred to as “major developing powers” (kuoda fazhanzhong de guojia).

This is not as much a Chinese pivot to Asia as a Chinese pivot to selected nations in the Global South. And based on a “new type of international relations centered on ‘win-win’ cooperation” – not the bully-or-bomb exceptionalist approach.

Key advisors of this policy should include Professor Yan Xuetong, Dean of the Institute of Modern International Relations at Tsinghua University, and very close to the Chinese Communist Party (CCP) intelligentsia.

China’s new foreign policy and strategic configuration is all the more evident in the courting of Asian neighbors, invited to embark on China’s extremely ambitious twin strategy and the greatest trade/commerce story of the young 21st century: the Silk Road Economic Belt and the 21st Century Maritime Silk Road, in short “Belt and Road initiative,” as it’s known in China, now officially launched with the first $40 billion attributed to a Silk Road Fund.

The enormity of the challenge is on a par with Beijing’s ambition: a pan-Eurasia trade/commerce utopia weaved by high-speed rail, fiber optic networks, ports and pipelines, and connecting East Asia, Central Asia, Russia, the Middle East and Europe.

Of course there will be myriad problems. As in the Chinese commercial push clashing with foreign interests; China having to learn on the go how to manage different cultural sensibilities; and how to coordinate a sort of global trade campaign capable of creating myriad of political and economic effects. The Chinese are already worried about finding the right terminology – so the Chinese dream, internally and globally, won’t be lost in translation.

Plenty to be excited about then as the Year of the Sheep (or Goat) starts. What’s certain is that the Chinese caravan, much in contrast with the dogs of war – and austerity – pivoting across the West, has already pivoted towards “win-win” pan-Eurasia integration.