If Russia Is Ukraine’s Enemy, Why Are 1,2 Million Ukrainian Men Seeking Refuge in Russia?

Ukrainian men of conscription age are seeking refuge in Russia in numbers that increased by 20,000 in one week, the press service of the Russian Federal Migration Service (FMS) said on Monday [2 Feb 2015]. Who is invading who? 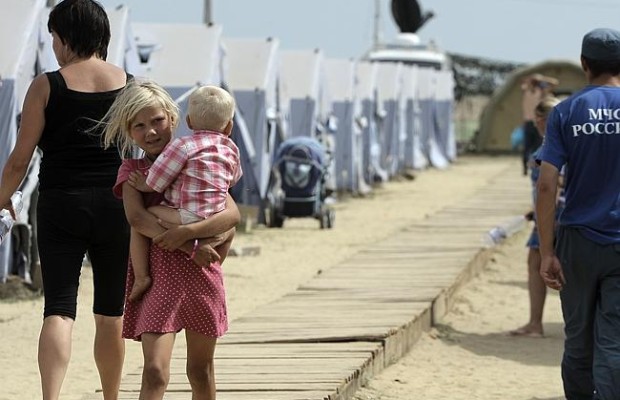 Would you seek refuge in the very arms of your “enemy”?

Here is a number that may shock some western European and American zombies:

“About 2,5 million Ukrainian nationals, including 1,193 million men of conscription age, are staying in the territory of Russia,” the FMS told TASS. More than 850,000 people have arrived from Ukraine’s south-eastern regions.

“About 440,000 people who were forced to leave south-eastern Ukraine have applied for a refugee status, temporary shelter or temporary residence permit,” the FMS press service went on to say.

Russia has 531 temporary refugee centers in its territory for 27,000 Ukrainian refugees.

If that’s not voting with your feet (literally) than I don’t know what is!

The above numbers should help any person with half a brain figure out who the real aggressor is, and who is doing the actual invading/destabilisation.

So I ask again…would you seek refuge in the very arms of your “enemy”?

How many Ukrainian refugees are the Europeans and Americans taking care of?

How many refugee centers does Poland have set up?