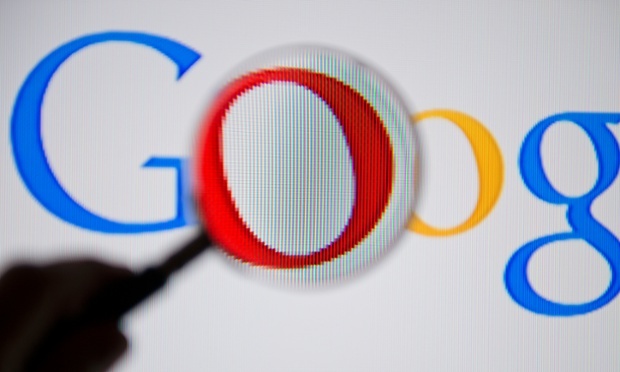 Google told WikiLeaks it had been unable to say anything about the Justice Department warrants as a gag order had been imposed. Photograph: Michael Gottschalk/Getty Images

25 Jan 2015 – Google took almost three years to disclose to the open information group WikiLeaks that it had handed over emails and other digital data belonging to three of its staffers to the US government, under a secret search warrant issued by a federal judge.

WikiLeaks has written to Google’s executive chairman, Eric Schmidt, to protest that the search giant only revealed the warrants last month, having been served them in March 2012. In the letter, WikiLeaks says it is “astonished and disturbed” that Google waited more than two and a half years to notify its subscribers, potentially depriving them of their ability to protect their rights to “privacy, association and freedom from illegal searches”.

The letter, written by WikiLeaks’ New York-based lawyer, Michael Ratner of the Center For Constitutional Rights, asks Google to list all the materials it provided to the FBI. Ratner also asks whether the California-based company did anything to challenge the warrants and whether it has received any further data demands it has yet to divulge.

Google revealed to WikiLeaks on Christmas Eve – a traditionally quiet news period – that it had responded to a Justice Department order to hand over a catch-all dragnet of digital data including all emails and IP addresses relating to the three staffers. The subjects of the warrants were the investigations editor of WikiLeaks, the British citizen Sarah Harrison; the spokesperson for the organisation, Kristinn Hrafnsson; and Joseph Farrell, one of its senior editors.

When it notified the WikiLeaks employees last month, Google said it had been unable to say anything about the warrants earlier as a gag order had been imposed. Google said the non-disclosure orders had subsequently been lifted, though it did not specify when.

Harrison, who also heads the Courage Foundation, told the Guardian she was distressed by the thought of government officials gaining access to her private emails. “Knowing that the FBI read the words I wrote to console my mother over a death in the family makes me feel sick,” she said.

She accused Google of helping the US government conceal “the invasion of privacy into a British journalist’s personal email address. Neither Google nor the US government are living up to their own laws or rhetoric in privacy or press protections”.

The court orders cast a data net so wide as to ensnare virtually all digital communications originating from or sent to the three. Google was told to hand over the contents of all their emails, including those sent and received, all draft correspondence and deleted emails. The source and destination addresses of each email, its date and time, and size and length were also included in the dragnet.

The FBI also demanded all records relating to the internet accounts used by the three, including telephone numbers and IP addresses, details of the time and duration of their online activities, and alternative email addresses. Even the credit card or bank account numbers associated with the accounts had to be revealed.

Alexander Abdo, a staff attorney and privacy expert at the American Civil Liberties Union, said the warrants were “shockingly broad” in their catch-all wording.

“This is basically ‘Hand over anything you’ve got on this person’,” he said. “That’s troubling as it’s hard to distinguish what WikiLeaks did in its disclosures from what major newspapers do every single day in speaking to government officials and publishing still-secret information.”

Google has not revealed precisely which documents it handed over by the deadline of April 2012. But it has told the three individuals that it provided “responsive documents pursuant to the Electronic Communications Privacy Act”.

Google told the Guardian it does not talk about individual cases, to “help protect all our users”. A spokesperson for the company said: “We follow the law like any other company.

“When we receive a subpoena or court order, we check to see if it meets both the letter and the spirit of the law before complying. And if it doesn’t we can object or ask that the request is narrowed. We have a track record of advocating on behalf of our users.”

The data grab is believed to be part of an ongoing criminal investigation into WikiLeaks that was launched in 2010 jointly by the US departments of Justice, Defense and State. The investigation followed WikiLeaks’ publication, initially in participation with international news organisations including the Guardian, of hundreds of thousands of US secrets that had been passed to the organisation by the army private Chelsea Manning.

The vast stash of leaked documents including embassy cables, war logs from Afghanistan and Iraq, and a video of an Apache helicopter attack that killed civilians in Baghdad.

The warrants were issued by a federal judge in the eastern district of Virginia – the jurisdiction in which a grand jury was set up under the criminal investigation into WikiLeaks. The investigation was confirmed to be still active and ongoing as recently as May last year.

Testimony given during the prosecution of Manning indicated that at least seven “founders, owners or managers or WikiLeaks” were put under the FBI spotlight in the wake of Manning’s disclosures. Manning was sentenced to 35 years in military prison for crimes related to the leaks and is currently being held in Fort Leavenworth, Kansas.

The WikiLeaks warrants cite alleged violations of the 1917 Espionage Act and the Computer Fraud and Abuse Act – the same statutes used to prosecute Manning. The data seizures were approved by a federal magistrate judge, John Anderson, who a year later issued the arrest warrant for the former National Security Agency contractor Edward Snowden.

Julian Assange, WikiLeaks’ founder and editor-in-chief, said the search warrants were part of a “serious, and seriously wrong attempt to build an alleged ‘conspiracy’ case against me and my staff”. He said that in his view the real conspiracy was “Google rolling over yet again to help the US government violate the constitution – by taking over journalists’ private emails in response to give-us-everything warrants”. 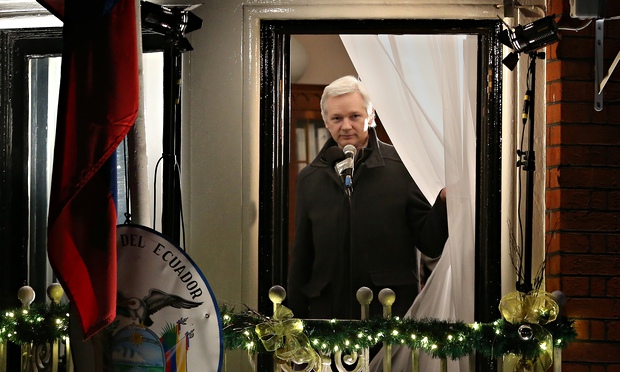 The FBI warrants will be presented to the United Nations human rights council in Geneva on Monday by the Spanish judge Baltasar Garzón, who is director of Assange’s defence team. Assange remains in asylum in the Ecuadorian embassy in London, facing extradition to Sweden following sexual assault and rape allegations that he denies and for which he has never been charged.

Google’s behaviour stands in stark contrast to Twitter, which has challenged similar US government demands. In its letter to the search giant, WikiLeaks notes that “Twitter challenged the government so it could notify its subscribers of the orders, and prevailed”.

In Twitter’s case, the Justice Department demanded access to the social-media accounts of Birgitta Jonsdottir, an Icelandic MP and former Wikileaks volunteer who was part of the team that released the secret Apache helicopter footage.

Twitter informed Jonsdottir that the US government had asked for access to her messages, allowing her to mount a legal campaign to stop them. In July 2012 an appeals court ruled against Jonsdottir and two other defendants, allowing the Justice Department to keep secret information about its attempts to obtain their information without a warrant.

All the major tech companies now disclose how many requests they receive from US authorities for users’ information but it is extremely rare for them to divulge specific targets of those investigations and in most cases they are limited in what they can disclose.

In the first six months of 2014, Google received close to 32,000 data requests from governments, an increase of 15% compared with the second half of 2013, and two-and-a-half times more than when Google first started publishing it’s semi-annual Transparency Report, in 2009.