The Orwellian Re-Branding of “Mass Surveillance” as Merely “Bulk Collection” 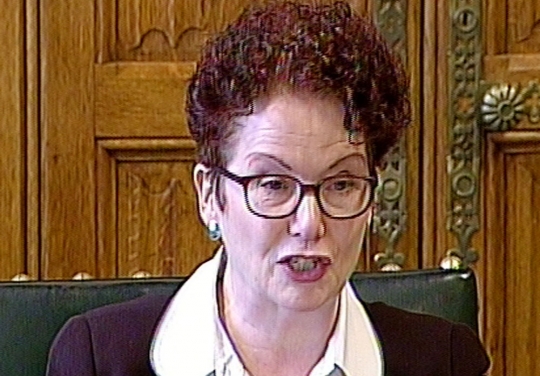 13 Mar 2015 – Just as the Bush administration and the U.S. media re-labelled “torture” with the Orwellian euphemism “enhanced interrogation techniques” to make it more palatable, the governments and media of the Five Eyes surveillance alliance are now attempting to re-brand “mass surveillance” as “bulk collection” in order to make it less menacing (and less illegal). In the past several weeks, this is the clearly coordinated theme that has arisen in the U.S., U.K., Canada, Australia and New Zealand as the last defense against the Snowden revelations, as those governments seek to further enhance their surveillance and detention powers under the guise of terrorism.

This manipulative language distortion can be seen perfectly in yesterday’s white-washing report of GCHQ mass surveillance from the servile rubber-stamp calling itself “The Intelligence and Security Committee of the UK Parliament (ISC)”(see this great Guardian editorial this morning on what a “slumbering” joke that “oversight” body is). As Committee Member MP Hazel Blears explained yesterday (photo above), the Parliamentary Committee officially invoked this euphemism to justify the collection of billions of electronic communications events every day.

The Committee actually acknowledged for the first time (which Snowden documents long ago proved) that GCHQ maintains what it calls “Bulk Personal Datasets” that contain “millions of records,” and even said about pro-privacy witnesses who testified before it: “we recognise their concerns as to the intrusive nature of bulk collection.” That is the very definition of “mass surveillance,” yet the Committee simply re-labelled it “bulk collection,” purported to distinguish it from “mass surveillance,” and thus insist that it was all perfectly legal. 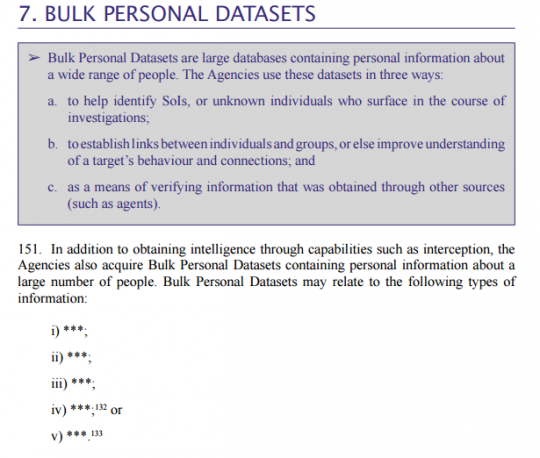 This re-definition game goes as follows: yes, we vacuum up and store literally as much of the internet as we possibly can. Then we analyze all the data about what you’re doing, with whom you’re speaking, and who your network of associates is. Based on that analysis of all of you and your activities, we then read the communications that we want (with virtually no checks and concealing from you what percentage of it we’re reading), and store as much of the rest of it as technology permits for future trolling. But don’t worry: we’re only reading the Bad People’s emails. So run along then: no mass surveillance here. Just bulk collection! It’s not mass surveillance, but “enhanced collection techniques.”

One of the many facts that made the re-defining of “torture” so corrupt and indisputably invalid was that there was long-standing law making clear that exactly these interrogation techniques used by the U.S. government were torture and thus illegal. The same is true of this obscene attempt to re-define “mass surveillance” as nothing more than mere innocent “bulk collection.”

As Caspar Bowden points out, EU law is crystal clear that exactly what these agencies are doing constitutes illegal mass surveillance. From the 2000 decision of the European Court of Human Rights in Amann v. Switzerland, which found a violation of the right to privacy guaranteed by Article 8 of the European Convention on Human Rights and rejected the defense from the government that no privacy violation occurs if the data is not reviewed or exploited:

The Court reiterates that the storing of data relating to the “private life” of an individual falls within the application of Article 8 § 1  . . . . The Court reiterates that the storing by a public authority of information relating to an individual’s private life amounts to an interference within the meaning of Article 8. The subsequent use of the stored information has no bearing on that finding (emphasis added).

A separate 2000 ruling found a violation of privacy rights even when the government is merely storing records regarding one’s activities undertaken in public (such as attending demonstrations), because “public information can fall within the scope of private life where it is systematically collected and stored in files held by the authorities.”

That’s why an EU Parliamentary Inquiry into the Snowden revelations condemned NSA and GCHQ spying in the “strongest possible terms,” pointing out that it was classic “mass surveillance” and thus illegal. That’s the same rationale that led a U.S. federal court to conclude that mass metatdata collection was very likely an unconstitutional violation of the privacy rights in the Fourth Amendment.

By itself, common sense should prevent any of these governments from claiming that sweeping up, storing and analyzing much of the Internet — literally examining billions of communications activities every week of entire populations — is something other than “mass surveillance.” Yet this has now become the coordinated defense from the governments in the U.S., the U.K., Canada, New Zealand and Australia. It’s nothing short of astonishing to watch them try to get away with this kind of propagnadistic sophistry. (In the wake of our reports with journalist Nicky Hager on GCSB, watch the leader of New Zealand’s Green Party interrogate the country’s flailing Prime Minister this week in Parliament about this completely artificial distinction.)

But — just as it was stunning to watch media outlets refuse to use the term “torture” because the U.S. government demanded that it be called something else — this Orwellian switch in surveillance language is now predictably (and mindlessly) being adopted by those nations’ most state-loyal media outlets.

Last night, I was on the BBC program Newsnight to discuss the new report. As usual, they decided to interview me first, and then interview a security services official after me, so that I could not respond to what the official said. In this case, the interviewee after me was former GCHQ director David Omand (last seen refusing to answer a difficult question about surveillance from the U.K.’s often-excellent Channel 4 by literally walking away from the interview, insisting he had to catch a train).

The somewhat contentious BBC interview from last night is worth watching, in part because Omand literally demands that there be no more surveillance disclosures or debate because The Committee Has Spoken (also a clearly coordinated message). But it’s worthwhile even more so because this interview illustrates the “bulk collection” language fraud that is now being perpetrated with the eager help of the largest media outlets in these countries: