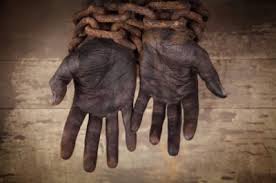 David Cameron’s ancestors were among the wealthy families who received generous reparation payments that would be worth millions of pounds in today’s money.

The true scale of Britain’s involvement in the slave trade has been laid bare in documents revealing how the country’s wealthiest families received the modern equivalent of billions of pounds in compensation after slavery was abolished.

The previously unseen records show exactly who received what in payouts from the Government when slave ownership was abolished by Britain – much to the potential embarrassment of their descendants. Dr Nick Draper from University College London, who has studied the compensation papers, says as many as one-fifth of wealthy Victorian Britons derived all or part of their fortunes from the slave economy. 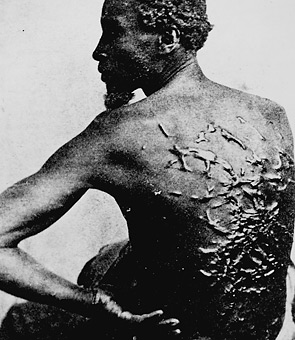 As a result, there are now wealthy families all around the UK still indirectly enjoying the proceeds of slavery where it has been passed on to them. Dr Draper said: “There was a feeding frenzy around the compensation.” A John Austin, for instance, owned 415 slaves, and got compensation of £20,511, a sum worth nearly £17m today. And there were many who received far more.

Academics from UCL, including Dr Draper, spent three years drawing together 46,000 records of compensation given to British slave-owners into an internet database to be launched for public use on Wednesday. But he emphasised that the claims set to be unveiled were not just from rich families but included many “very ordinary men and women” and covered the entire spectrum of society.

Dr Draper added that the database’s findings may have implications for the “reparations debate”. Barbados is currently leading the way in calling for reparations from former colonial powers for the injustices suffered by slaves and their families.

Among those revealed to have benefited from slavery are ancestors of the Prime Minister, David Cameron, former minister Douglas Hogg, authors Graham Greene and George Orwell, poet Elizabeth Barrett Browning, and the new chairman of the Arts Council, Peter Bazalgette. Other prominent names which feature in the records include scions of one of the nation’s oldest banking families, the Barings, and the second Earl of Harewood, Henry Lascelles, an ancestor of the Queen’s cousin. Some families used the money to invest in the railways and other aspects of the industrial revolution; others bought or maintained their country houses, and some used the money for philanthropy. George Orwell’s great-grandfather, Charles Blair, received £4,442, equal to £3m today, for the 218 slaves he owned. 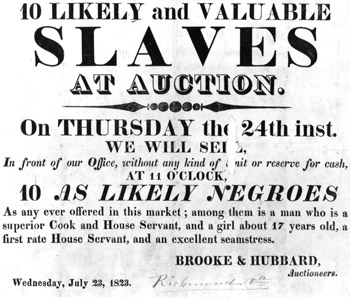 The British government paid out £20m to compensate some 3,000 families that owned slaves for the loss of their “property” when slave-ownership was abolished in Britain’s colonies in 1833. This figure represented a staggering 40 per cent of the Treasury’s annual spending budget and, in today’s terms, calculated as wage values, equates to around £16.5bn.

A total of £10m went to slave-owning families in the Caribbean and Africa, while the other half went to absentee owners living in Britain. The biggest single payout went to James Blair (no relation to Orwell), an MP who had homes in Marylebone, central London, and Scotland. He was awarded £83,530, the equivalent of £65m today, for 1,598 slaves he owned on the plantation he had inherited in British Guyana.

But this amount was dwarfed by the amount paid to John Gladstone, the father of 19th-century prime minister William Gladstone. He received £106,769 (modern equivalent £83m) for the 2,508 slaves he owned across nine plantations. His son, who served as prime minister four times during his 60-year career, was heavily involved in his father’s claim.

Mr Cameron, too, is revealed to have slave owners in his family background on his father’s side. The compensation records show that General Sir James Duff, an army officer and MP for Banffshire in Scotland during the late 1700s, was Mr Cameron’s first cousin six times removed. Sir James, who was the son of one of Mr Cameron’s great-grand-uncle’s, the second Earl of Fife, was awarded £4,101, equal to more than £3m today, to compensate him for the 202 slaves he forfeited on the Grange Sugar Estate in Jamaica.

Another illustrious political family that it appears still carries the name of a major slave owner is the Hogg dynasty, which includes the former cabinet minister Douglas Hogg. They are the descendants of Charles McGarel, a merchant who made a fortune from slave ownership. Between 1835 and 1837 he received £129,464, about £101m in today’s terms, for the 2,489 slaves he owned. McGarel later went on to bring his younger brother-in-law Quintin Hogg into his hugely successful sugar firm, which still used indentured labour on plantations in British Guyana established under slavery. And it was Quintin’s descendants that continued to keep the family name in the limelight, with both his son, Douglas McGarel Hogg, and his grandson, Quintin McGarel Hogg, becoming Lord Chancellor.

Dr Draper said: “Seeing the names of the slave-owners repeated in 20th‑century family naming practices is a very stark reminder about where those families saw their origins being from. In this case I’m thinking about the Hogg family. To have two Lord Chancellors in Britain in the 20th century bearing the name of a slave-owner from British Guiana, who went penniless to British Guyana, came back a very wealthy man and contributed to the formation of this political dynasty, which incorporated his name into their children in recognition – it seems to me to be an illuminating story and a potent example.”

Mr Hogg refused to comment yesterday, saying he “didn’t know anything about it”. Mr Cameron declined to comment after a request was made to the No 10 press office.

Another demonstration of the extent to which slavery links stretch into modern Britain is Evelyn Bazalgette, the uncle of one of the giants of Victorian engineering, Sir Joseph Bazalgette and ancestor of Arts Council boss Sir Peter Bazalgette. He was paid £7,352 (£5.7m in today’s money) for 420 slaves from two estates in Jamaica. Sir Peter said yesterday: “It had always been rumoured that his father had some interests in the Caribbean and I suspect Evelyn inherited that. So I heard rumours but this confirms it, and guess it’s the sort of thing wealthy people on the make did in the 1800s. He could have put his money elsewhere but regrettably he put it in the Caribbean.”

The TV chef Ainsley Harriott, who had slave-owners in his family on his grandfather’s side, said yesterday he was shocked by the amount paid out by the government to the slave-owners. “You would think the government would have given at least some money to the freed slaves who need to find homes and start new lives,” he said. “It seems a bit barbaric. It’s like the rich protecting the rich.”

The database is available at: ucl.ac.uk/lbs.

Slavery on an industrial scale was a major source of the wealth of the British empire, being the exploitation upon which the West Indies sugar trade and cotton crop in North America was based. Those who made money from it were not only the slave-owners, but also the investors in those who transported Africans to enslavement. In the century to 1810, British ships carried about three million to a life of forced labour. 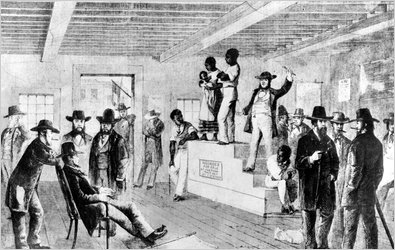 Campaigning against slavery began in the late 18th century as revulsion against the trade spread. This led, first, to the abolition of the trade in slaves, which came into law in 1808, and then, some 26 years later, to the Act of Parliament that would emancipate slaves. This legislation made provision for the staggering levels of compensation for slave-owners, but gave the former slaves not a penny in reparation.

More than that, it said that only children under six would be immediately free; the rest being regarded as “apprentices” who would, in exchange for free board and lodging, have to work for their “owners” 40 and a half hours for nothing until 1840. Several large disturbances meant that the deadline was brought forward and so, in 1838, 700,000 slaves in the West Indies, 40,000 in South Africa and 20,000 in Mauritius were finally liberated.