Moment of Truth for the Nobel Peace Prize

In recent years the recipients of the Nobel Peace Prize have not reflected the hope of the award’s founder – Alfred Nobel (1833-1896) – that the world be freed of weapons, warriors and war, or promoted the vision of preventing future war by what Nobel called “creating the brotherhood of nations”.

10 Apr 2015 – The Nobel Peace Prize is about to bow out to critics. As of Jan. 1, the Oslo-based Norwegian Nobel Committee that selects the winners has a new secretary, Olav Njølstad, who announced that “changes loom” in a recent interview.

However, Njølstad added, the changes “will not be dramatic”, making it unlikely that they will satisfy the full makeover demanded by The Nobel Peace Prize Watch, a newly-formed advocacy group wishing to reverse and undo international militarism. 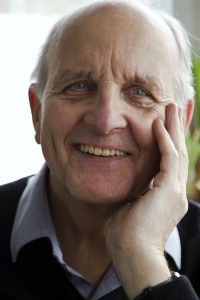 In a letter sent in February to the Nobel Prize awarders, the group pointed to the purpose Alfred Nobel actually had in mind and presented a selection of candidates among the 276 nominated for the 2015 prize who are actually qualified to win. The Nobel Prize awarders have promised to respond to the letter, which, along with the valid candidates, is posted on the group´s website.

The group has chosen to ignore the wishes of the Nobel Committee that has a policy of strict secrecy around candidates and the selection process. By publishing, for the first time, the full nominations of the 25 “valid candidates”, the group has made it possible for everyone to see what types of peace work Nobel actually intended the prize to promote and its “imperative urgency” in the current period.

For over one hundred years, the secrecy rule has shielded the awarders from being held responsible for its neglect of the true Nobel “champions of peace” and they have been able to get away with assertions that the winners Nobel had in mind no longer exist.

According to the group this is untrue. It says that the committee ignores the simple, indisputable – and never disputed – evidence showing that when he designated his prize to the “champions of peace”, Nobel “meant the movement and the persons who work for a demilitarised world, for law to replace power in international politics, and for all nations to commit to cooperating on the elimination of all weapons instead of competing for military superiority.”

To make the prize comply with its actual purpose will require a dramatic change of the award policy. The Nobel Peace Prize Watch therefore doubts that the impending changes, described as “undramatic”, will be sufficient to satisfy the legislation on wills and foundations and the decisions of two public agencies in Sweden tasked with overseeing that foundations spend their funds in accordance with the law.

Even if the nominations are secret, The Nobel Peace Prize Watch was able to identify 24 names properly nominated for the 2015 prize. The list of valid candidates for 2015 is dominated by Americans and by people involved is nuclear disarmament, with nominees like Japanese hibakusha (nuclear survivors) Samiteru Taniguchi and Setsuko Thurlow; U.S. lawyer Peter Weiss and the International Association of Lawyers against Nuclear Arms (IALANA), David Krieger and the Nuclear Age Peace Foundation.

Further candidates are David Swanson, the U.S. activist for full disarmament; whistleblowers Kathryn Bolkovac, Daniel Ellsberg, Chelsea Manning and Edward Snowden, all from the United States; veteran organisers of a law-based world order, such as lawyers Benjamin Ferencz and Richard Falk, also from the United States; and the Womens´ International League for Peace and Freedom, formed during the First World War.

It seems as if Norwegian politicians, imbued in Western militarism and loyalty to the North Atlantic Treaty Organisation (NATO), are unable to understand Nobel´s idea of peace: to liberate the nations of the world from weapons, warriors and war. The idea to be supported by his will was that all nations must cooperate on disarmament.

Laureates like U.S. President Barack Obama in 2009 and the European Union in 2012 both believe in military means and clearly are not the type of winners to whom Nobel dedicated his award.

If the world succeeded in realising the Nobel peace plan, this would release enormous funds to cater to human needs. It would cost only a tiny fraction of the world´s military expenditure to secure everyone access to food, clean water, housing, education, health care. It would become possible to secure decent circumstances for all people, all over the globe, poor and rich, East and West, North and South – and make them more secure in the bargain.

To a realist it must be obvious that a world filled with weapons and warriors, even nuclear weapons, is inherently an unsafe world.

In the letter requesting changes, The Nobel Peace Prize Watch refers to basic rules of law regarding wills and foundations and furthermore invokes decisions passed by two Swedish public agencies during the last few years.

The authorities expect the purpose of the Nobel testament to be respected and also that the Nobel Foundation in Stockholm will keep its Norwegian sub-committee for the peace prize under strict and effective supervision and also refrain from paying the prize amount to a winner outside the purpose Nobel actually had in mind.

The Norwegian Nobel Committee, elected by the Parliament of Norway, now has until Apr. 17 to decide whether it will serve the great mandate that Nobel entrusted to it, to illuminate and promote the vision of preventing future war by what Nobel in his will called “creating the brotherhood of nations”.

Governments and citizens all over the world should unite in demanding that Norwegian parliamentarians respect Nobel and help liberate us all from the very dangerous common enemy called militarism. (END/IPS COLUMNIST SERVICE)