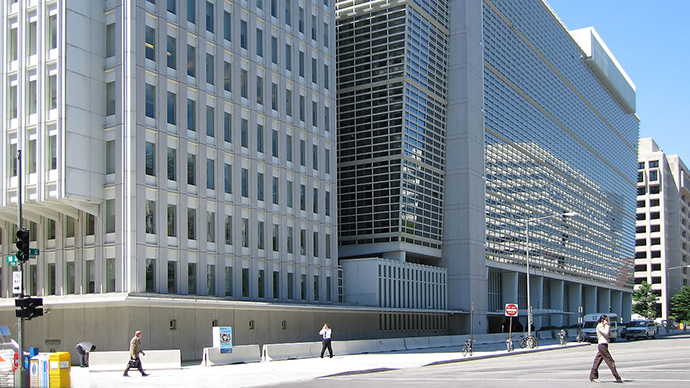 World Bank projects in developing countries have had a dramatic impact, forced displacement and the impoverishment of local communities and indigenous people, political analyst Josh Klemm from International Rivers said.

17 Apr 2015 – The World Bank has violated its own policies on protecting the rights of indigenous people. The projects that the group has been funding for several years in some of the poorest places on Earth have actually resulted in farmers and villagers losing their land andlivelihoods.

RT: The so called development project of the World Bank caused evictions of the local population and by that it violated its own rules. What is the reason of such violations?

Josh Klemm: We have seen for decades that the World Bank financed dams in particular that has led to dramatic impacts, levels of forced displacement and the impoverishment of local communities and indigenous people. So in a way this is nothing new. Certainly the struggles against large dams that World Bank financed in the 1980s in India and Brazil very much led to the policies being created in the first place. But the World Bank tries to present that those are kind of legacy issues, relics from the past. I think that we are really seeing that not much has changed, that the incentives and the culture at the institution have been cut up by the narrative and the rhetoric in terms of the World Bank presenting itself as able to back sustainable large dams and things like that.

RT: The internal documents show that in some projects the bank’s ombudsman, known as the Inspection Panel, tried to quash internal inquiries into, projects that had resulted in mass displacement. What was the purpose of hiding such violations?

JK: That’s a question that should very much be posed to the Inspection Panel itself. Certainly the politics of a large institution like the World Bank can be complicated but I think that as much as the Inspection Panel is really designed to be a recourse mechanism for communities when it comes down to the World Bank it may try to avoid that caricature as a political animal. On all of these projects politics comes into it so whether it’s evictions in Nigeria or evictions from forest communities in Kenya. Sometimes the mechanisms in place don’t really have the institutional backing to really do their job.

RT: Whose interests does the World Bank actually support in your opinion?

JK: A lot is made of the US government’s role in the World Bank having the largest share, but I think it’s kind of over-characterized at times. If you look at the institution, it’s largely for large industry, large capital. This is in many cases some of the beneficiaries of the World Bank projects. For example, we have seen that with the construction of large dams in Africa. The World Bank’s President may be saying that hydro power is needed to deliver energy access to the poor. What we are seeing time and time again is that often it’s the large mining industries, these very large consumers… Australian mining companies like Rio Tinto who are the kind of direct beneficiaries of these types of megaprojects. And that’s very much a model that the World Bank is attempting to return to, to these large infrastructure projects that are at times catering more to industrial ambitions than necessarily alleviating poverty. 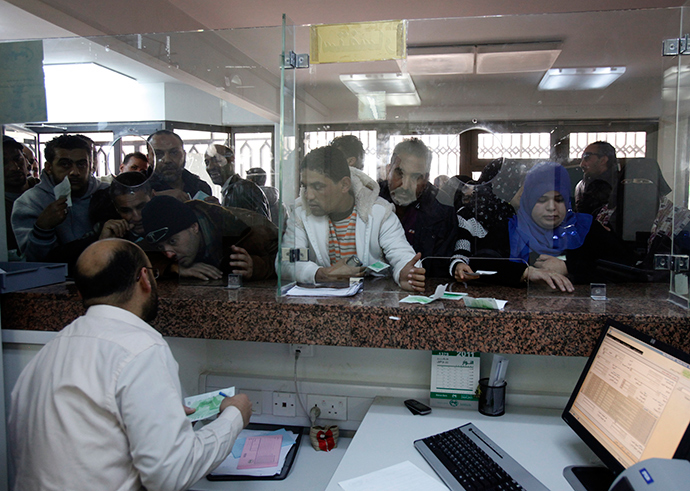 RT: Do you think these cases are going to be investigated and if yes by whom?

JK: I think certainly that is the World Bank’s responsibility, it got wind up the report that is going to be launched [on Thursday]. Some weeks ago it tried to get ahead of the story by releasing some internal documentation and reports about its failings in terms of upholding its policies but I think it’s up to the World Bank to provide the redress and to make an effort to find these communities. The World Bank has instituted a co-called action plan and it’s quite appalling that it doesn’t really commit the bank to go and do a full review and locate these communities because the most shocking thing is that the World Bank doesn’t know the fate of these communities that have been displaced by its projects

RT: Why do you think these violations have emerged only now?

JK: I don’t know whether it has ever been hidden as such. Certainly the numbers were not widely known. And in the World Bank’s estimation resettlement in itself is not a bad thing. Sometimes people have to be moved for these projects. That’s something that many in our community might disagree with in terms of the ease with which the World Bank and the government move people to make way for so-called development projects. Even this week the World Bank is saying that resettlement happens and with large infrastructure needs people just have to be moved to make way for dams, coal plants, for all the large projects the World Bank wants to fund but may not ultimately be benefitting the people most in need.

‘People are losing their livelihoods to large infrastructure projects’

Annie Bird, director of Rights and Ecology says she was among many people who have been working for years to bring these problems to light.

“There has been research that showed that hundreds of millions of people have lost their livelihood and been pushed into conditions of poverty because of large hydroelectric dams. It is necessary that the World Bank could take measures to find alternatives for people who are losing their livelihoods to large infrastructure projects; it has just never been prioritized. I think that a lot of responsibility lies with the member nations, and particularly the US government, which has the largest share and voting power in the World Bank, and therefore sets an important part of the bank’s lending agenda. We’re hoping that with the attention that is finally arising with this issue that the US government may begin to change its own policies relating to how the US Treasury Department uses its vote in the World Bank,” she told RT.

“Since the late 1980’s and early 1990’s the [World] Bank’s changed its focus for its lending to have strong focus on private sector lending to instead of funding state-led development initiatives. This has led almost to confusion in the mandate where many agencies at the bank and bank personnel have such a strong focus just on lending, almost treating the bank as any other banking institution in the world, and losing sight of its fundamental mandate which is poverty alleviation or poverty elimination,” she said.

“Of course access to affordable energy and to logistics and transportation is important to everyone in a country. Given the special role of the World Bank and the international community, it needs to have a very specific focus on addressing issues of extreme poverty and eliminating poverty around the world,” Bird added.