Delta Airlines, though, has rejected a citizens’ campaign to get it to join the effort to discourage the hunting of African rhinos, lions, and elephants. 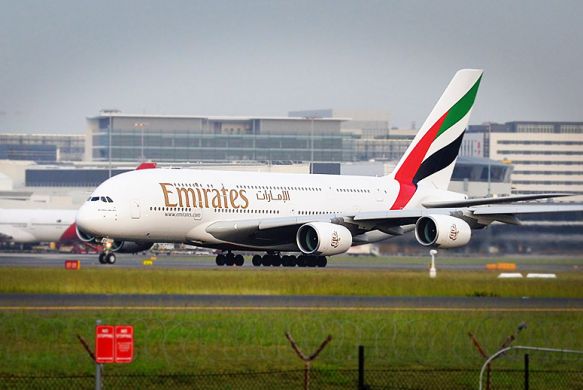 15 May 2015 – Watch out, big game hunters: The options for bringing back animal trophies from your African safaris are dwindling.

Emirates SkyCargo, the world’s third-largest cargo carrier behind FedEx and UPS, has announced it will stop carrying trophies of elephants, rhinos, lions, and tigers aboard its planes.

The ban, which took effect on Friday, makes Emirates SkyCargo the second international carrier to take wildlife conservation measures into its own hands, going above and beyond the rules set out by the Convention on International Trade in Endangered Species. The treaty regulates the wildlife trade and allows for the sale of certain species.

The news from Emirates came on Tuesday in an email reply to Sarah Dyer, a U.K. representative of the Campaign Against Canned Hunting, after the conservation group asked if the airline would consider banning trophies.

“Emirates SkyCargo has an existing embargo on the carriage of products and parts of endangered animals and plants listed under Appendix I of the Convention on International Trade in Endangered Species (CITES), including hunting trophies,” the company, which last year banned the transport of shark fins, said in a statement. “However, as part of our efforts to prevent the illegal trade of hunting trophies of elephant, rhinoceros, lion, and tiger, Emirates SkyCargo has decided that effective 15th May 2015, we will not accept any kind of hunting trophies of these animals for carriage on Emirates services irrespective of CITES appendix.”

South African Airways on April 25 became the first airline to ban the transport of hunting trophies.

“SAA Cargo remains committed to playing a significant role in curbing the illegal transportation of all animal species while positively contributing to national and international conservation efforts,” SAA spokesperson Tlali Tlali said in an email.

That move prompted Chris Greene, chairman of the American Bar Association’s Animal Law Committee, to start a petition to get Delta Airlines—the only U.S.-based carrier that offers direct flights to South Africa—to join the ban.

So far, Delta hasn’t budged on the issue. “Delta accepts hunting trophies in accordance with all U.S. domestic and international regulations, which prohibits the possession of trophies or other items associated with protected species,” company spokesperson Morgan Durrant said in an email. “Customers are required to produce detailed documentation of trophies to U.S. Customs and Border Patrol officials as their trophies undergo inspection.”

Greene believes his petition, which has so far attracted 110,000 signatures, could persuade Delta to implement a trophy prohibition.

“Delta is still dragging its feet, but they did agree a while back to stop transporting primates used in research, so we shall see,” he said.

Op-Ed: We Have to Stop the ‘Canned Hunting’ of African Wildlife

The Surprising Fallout From Trophy Hunting for Wolves and Bears