There will be much more blood if the Burmese government is not stopped in its tracks. 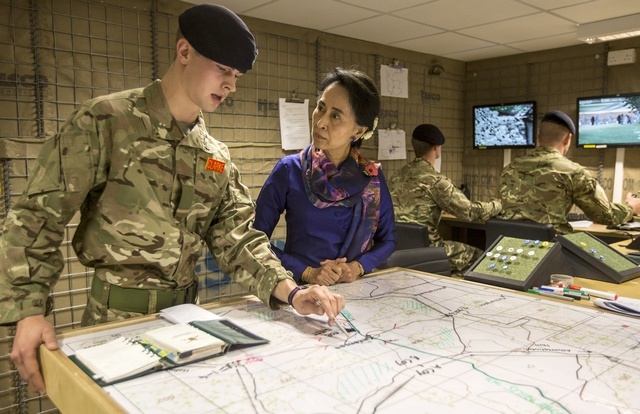 20 May 2015 – In a genocide silence is complicity, and so it is with Aung San Suu Kyi and Burma’s desperate Rohingya community. The Burmese government’s ongoing persecution of the Rohingya has, in the last two years, reached a level so untenable that the Rohingya are faced with only two options, to remain and risk annihilation or flee. The current exodus of those seeking asylum is just one manifestation of genocide.

Genocide is a process built up over a period of years involving an escalation in the dehumanisation and persecution of the target group. Inside Burma, the Rohingya have been subjected to decades of stigmatization, violence and harassment.

In 2012 the persecution entered a new and more devastating phase. Organised massacres left over 200 Rohingya dead, hundreds of homes destroyed and the displacement of 120,000 people into what can only be described as detention camps. A further 4,250 desperate Rohingya live in a squalid ghetto in Rakhine state’s capital Sittwe. The Burmese state, without any challenge from opposition leader Aung San Suu Kyi, has institutionalized discrimination against the Rohingya, allowed hate speech to flourish, encouraged islamophobia and granted impunity to perpetrators of the violence.

In October 2013, in an interview with Mishal Husein, Aung San Suu Kyi claimed that the 2012 violence was not ethnic cleansing but the product of ‘fear on both sides… it is not just on the part of Muslims but the Buddhists too. Muslims have been targeted but also Buddhists have been subject to violence’. Our research makes clear that to equate the suffering of the Burmese with the suffering of the Rohingya is risible.

The Rohingya have now faced what genocide scholar Daniel Feirestein describes as ‘systematic weakening’, the genocidal stage prior to annihilation. Those who do not flee suffer destitution, malnutrition and starvation, severe physical and mental illness, restrictions on movement, education, marriage, childbirth, livelihood and the ever present threat of violence and corruption. The Rohingya have been physically and mentally weakened, forced into communities broken by persecution and stripped of agency and human dignity. The expulsion of Medecins Sans Frontier, the denial of emergency healthcare and the regulation of humanitarian aid are all designed to further systematically weaken the Rohingya community.

As the desperate plight of the Rohingya, stranded on the boats in the Andeman Sea, is broadcast around the world, questions are now being asked as to why Aung San Suu Kyi has remained so conspicuously silent. 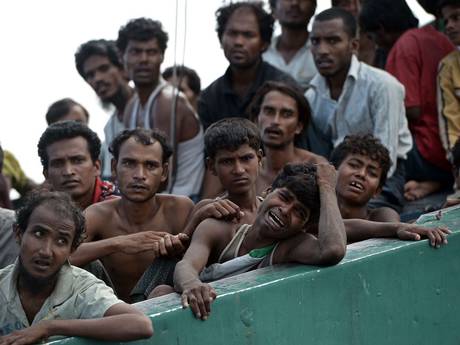 Electoralism is part of the answer. Aung San Suu Kyi is an ambitious politician, who has set her sights on one day ruling Burma. The entire Rohingya population has been disenfranchised, ahead of elections to be held later this year, and thus they hold no electoral power. It is true that to speak out against the genocidal persecution of the Rohingya is likely to lose her many votes among the Burmese Buddhist majority, but it might not. She once held enormous moral and political capital and had the chance to challenge the vile racism and Islamophobia which characterises Burmese political and social discourse. Many Burmese human rights activists and their followers would have listened, may have learned, and may have begun to question the institutionalised racism which impacts negatively on all Burmese. This was never to be on Aung San Suu Kyi’s political agenda. In December 2014, it was reported in the Washington Post that she had said, ‘I am not silent because of political calculation, I am silent because whoever’s side I stand on there will be more blood. If I speak up for human rights, they (the Rohingya) will only suffer. There will be more blood’. Political calculations aside, The Rohingya are on a freeway to destruction. There has been blood, there is blood, and there will be much more blood if the Burmese government is not stopped in its tracks.

If we wait for Aung San Suu Kyi to speak out against this genocide, there will be no Rohingya.

This article was co-authored by Grace Spence Green, an intern at the International State Crime Initiative.