The Message of Anzac: Put Out More Flags, Or Shut Up

28 Apr 2015 – Following a week in Australia in which the words “heroes” and “heroism” bobbed on a tsunami of raw propaganda, a tribute is due to two unrecognised heroes. The first is Ray Jackson, who died on 23 April.

Ray spoke and fought for a truth which the powerful and bigoted hate to hear, see or read. He said this was a land not of brave Anzac “legacies”, but of dirty secrets and enduring injustices that only a national cowardice could sustain. “Conformity is widely understood and obeyed in Australia,” he wrote to me, “freedom is not.”

I first met Ray in 2004 during the Indigenous uprising in Redfern, Sydney, that followed the violent death of a 17-year-old, Terence Hickey. Known as “TJ”, he was chased by a police car, lost control of his bike and was impaled on an iron fence. The police denied they had caused his death. Not a single Aboriginal person believed them, least of all Ray, whose campaign for justice will not go away.

A Wiradjuri man, Ray was stolen from his mother at the age of two and given to a white family. The experience taught him about Australian genocide. A lifelong socialist, his speciality was his unflagging investigations into police thuggery towards Aboriginal people, especially the multiple deaths in police and prison custody that routinely go unpunished. Australia incarcerates black Australians at a higher rate than that of apartheid South Africa.

When Prime Minister John Howard decimated Indigenous institutions and funding, Ray took his files and videos to his single-bedroom flat and founded the Indigenous Social Justice Association. He fought for the memory of young Kwementaye Briscoe, left to die in a police cell in Alice Springs, and Brazilian Roberto Curti, tasered to death by police in Sydney. He was the champion of countless locked-up Iraqi, Iranian and Tamil refugees. “Never stop fighting for your freedom,” he told them. Shaming official Australia, the French Government awarded him one of its highest human rights laureates. 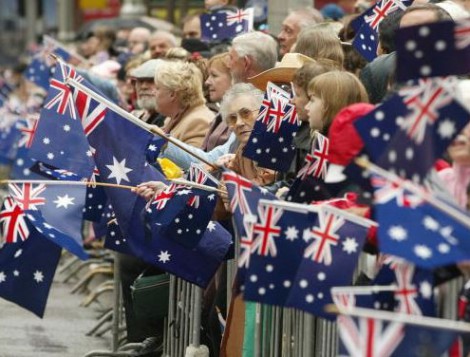 Ray loathed warmongering and would approve of my second hero. This is Scott McIntyre, a young SBS soccer journalist who, in four now famous tweets, set out to counter the authoritarian sludge that demands that Australians celebrate the centenary of a criminal waste of life in the British imperial invasion of Turkey a century ago – in which Australians and New Zealanders, the “Anzacs”, took part – rather than recognise unpalatable truths about the past and present.

Opportunistic politicians and journalists have turned this melancholy event into a death cult that puzzles foreigners.  Federal governments have spent almost $400 million promoting it as a fake patriotism – more than Britain, France, Germany and Canada combined: countries that lost many more men in the 1914-18 bloodfest. Today, the military and venal militarism are virtually off-limits for real public criticism.

Why? Australia, a nation without enemies, is now spending $28billion a year on the military and war and armaments in order to fulfil a tragic, entirely colonial and obsequious role, now as Washington’s “deputy sheriff” in the Asia-Pacific.

This much we know, perhaps have always known. But watching a contemporary version of crude Edwardian jingoism consume the nation’s intellect and self respect has been salutary, especially the cover provided by those paid ostensibly to keep the record straight. Tony Abbott, zealot, oaf and one of our cruellest prime ministers, “shone” at the Gallipoli Anzac service, according to Peter Fitzsimons, whose keyboard tomes on the subject shows no sign of abating. In the Murdoch press – augmented as ever to promote war after war – Paul Kelly echoes Abbott that remembrance is not enough; that the Anzac death cult “is now the essence of being Australian”… indeed, “a quasi religious force”.

Young Scott McIntyre drove the Twitter equivalent of a five-ton truck through such maudlin, cynical drivel. He tweeted the unsayable about imperial Australia, much of it the truth; and all decent journalists – or dare I say, his freedom-loving compatriots – should be standing up for him. That Malcolm Turnbull, a pretender for prime minister who made his name unctuously shouting about freedom of speech, should connive with McIntyre’s employer, the state-funded TV network, SBS, (which has sacked him), is a measure of the state of public and media life in Australia.

That a journalism professor of long standing, John Henningham, can tweet weasel words that “freedom of speech meant that journalists had the right to speak without breaking the law but did not have the right to keep their job when offending others” is a glimpse of the obstacles faced by aspiring young journalists as they navigate the university mills.

Many young people reject this, of course, and maintain their sense of the bogus, and McIntyre is one of them. He offended in the highest tradition of freedom of thought and speech. Knowing the personal consequences would be serious, he displayed moral courage. When his union, the MEAA, locates its spine and its responsibility, it must demand he is given his job back. I salute him.