Whatever happens with the nuclear negotiations this summer, and as much as Tehran wants cooperation and not confrontation, Iran is bound to remain — alongside Russia — a key US geostrategic target. 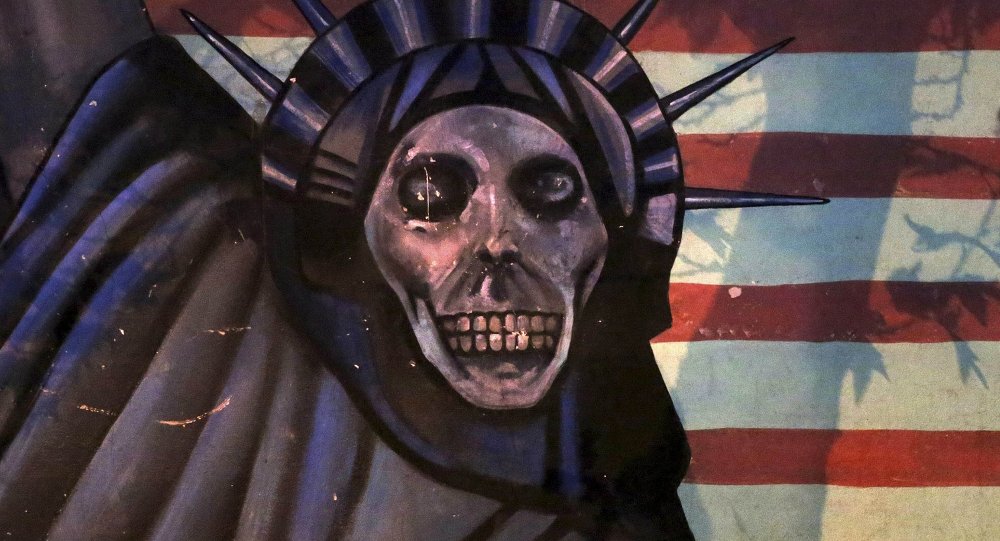 As much as US President Barack Obama tried to dismiss it, the Russian sale of the S-300 missile system to Iran is a monumental game-changer. Even with the added gambit of the Iranian military assuring the made in Iran Bavar 373 may be even more efficient than the S-300.

This explains why Jane’s Defense Weekly was already saying years ago that Israel could not penetrate Iranian airspace even if it managed to get there. And after the S-300s Iran inevitably will be offered the even more sophisticated S-400s, which are to be delivered to China as well.

The unspoken secret behind these game-changing proceedings actually terrifies Washington warmongers; it spells out a further frontline of Eurasian integration, in the form of an evolving Eurasian missile shield deployed against Pentagon/NATO ballistic plans.

A precious glimpse of what’s ahead was offered at the Moscow Conference on International Security (MICS) in mid-April.

We also had Russian Defense Minister Sergey Shoigu and Chinese Defense Minister Chang Wanquan emphasizing their military ties are an “overriding priority”; plus Tehran and Moscow stressing they’re strategically in synch in their push towards a new multipolar order.

Tearing up the New Iron Curtain

Washington’s Maidan adventure has yielded not only a crystallization of a new Iron Curtain deployed from the Baltics to the Black Sea. This is NATO’s visible game. What’s not so visible is that the target is not only Russia, but also Iran and China.

The battlefield is now clearly drawn between NATO and Russia/China/Iran. So no wonder they are getting closer. Iran is an observer at the CSTO (Collective Security Treaty Organization) and is bound to become a member of the SCO (Shanghai Cooperation Organization) by 2016.

Russia providing S-300 systems to Iran; S-400 systems to China (with new, longer-range guided missiles); and developing the S-500 systems, which are capable of intercepting supersonic targets, for itself, all point to an ultra high-tech counterpunch. And NATO knows it.

This budding military Eurasia integration is a key subplot of the New Great Game that runs parallel to the Chinese-led New Silk Road(s) project.

Washington would also go for encroachment via Central Asia if it had the means (it doesn’t, and especially now with the New Silk Roads bound to crisscross Central Asia).

Eurasian geopolitics hinges on what happens next with Iran. Some selected Washington factions entertain the myth that Tehran may “sell out” to the US — thus ditching its complex Russia/China strategic relationships to the benefit of an expanded US reach in the Caucasus and Central Asia.

The Supreme Leader as well as President Rouhani have already made it clear that won’t happen. They know Washington trying to seduce Iran away from Russia and turn it into a client state does not mean Washington ever accepting Iran’s expanded sphere of influence in Southwest Asia and beyond.

So the multi-vector Russia-China-Iran strategic alliance is a go. Because whatever happens with the nuclear negotiations this summer, and as much as Tehran wants cooperation and not confrontation, Iran is bound to remain — alongside Russia — a key US geostrategic target.

That Long and Winding Road

And that brings us — inevitably — to GWOT (Global War on Terror).

The Pentagon and assorted US neo-cons remain deeply embedded in their strategy of actively promoting Sunni-Shi’ite Divide and Rule with the key objective of demonizing Iran. Yemen is just yet another graphic example.

Only fools would believe that the Houthis in Yemen could get away with mounting a power play right in front of a CIA drone-infested US military base in Djibouti.

Once again, this is all proceeding according to the Divide and Rule playbook. Washington did absolutely nothing to “protect” its Yemeni puppet regime from a Houthi offensive, while immediately afterwards providing all the necessary “leading from behind” for the House of Saud to go bonkers, killing loads of civilians — all in the name of fighting “Iranian expansion”. US corporate media, predictably, has gone completely nuts about it.

Nothing new under the sun. This was already foreseen way back in 2008 by the RAND Corporation report Unfolding the Future of the Long War.
Yes, this is the good ol’ Pentagon Long War as prosecuted against enemies, fabricated or otherwise, all across the “Muslim world”.

The Long War was first formulated in the “axis of evil” era by the Highlands Forum, a relatively obscure, neo-con infested Pentagon think tank. Not accidentally the RAND Corporation is a major “partner”.

It gets even juicier when we know that notorious Long War practitioners such as current Pentagon supremo “Ash” Carter, his deputy Robert Work, and Pentagon intelligence chief Mike Vickers are now in charge of the self-described “Don’t Do Stupid Stuff” Obama administration’s military strategy.

What the Pentagon — with customary hubris — does not see is Moscow and Tehran easily identifying the power play; the US government’s hidden agenda of manipulating a “rehabilitated” Iran to sell plenty of oil and gas to the EU, thus undermining Gazprom.

Technically, this would take years to happen — if ever. Geopolitically, it’s nothing but a pipe dream. Call it, in fact, a double pipe dream.

As much as Washington will never “secure” the Middle East with Iran as a vassal state, thus enabling it to transfer key US military assets to NATO with the purpose of facing the Russian “threat”, forget about going back to 1990s Russia under disaster capitalism, when the military industrial complex had collapsed and the West was looting Russia’s natural resources at will.

The bottom line: the Pentagon barks, and the Russia/China/Iran strategic caravan goes on.