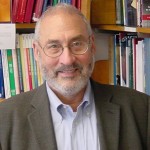 13 May 2015 – The United States and the world are engaged in a great debate about new trade agreements. Such pacts used to be called “free-trade agreements”; in fact, they were managed trade agreements, tailored to corporate interests, largely in the US and the European Union. Today, such deals are more often referred to as “partnerships,”as in the Trans-Pacific Partnership (TPP). But they are not partnerships of equals: the US effectively dictates the terms. Fortunately, America’s “partners” are becoming increasingly resistant.

It is not hard to see why. These agreements go well beyond trade, governing investment and intellectual property as well, imposing fundamental changes to countries’ legal, judicial, and regulatory frameworks, without input or accountability through democratic institutions.

Perhaps the most invidious – and most dishonest – part of such agreements concerns investor protection. Of course, investors have to be protected against the risk that rogue governments will seize their property. But that is not what these provisions are about. There have been very few expropriations in recent decades, and investors who want to protect themselves can buy insurance from the Multilateral Investment Guarantee Agency, a World Bank affiliate (the US and other governments provide similar insurance). Nonetheless, the US is demanding such provisions in the TPP, even though many of its “partners” have property protections and judicial systems that are as good as its own.

The real intent of these provisions is to impede health, environmental, safety, and, yes, even financial regulations meant to protect America’s own economy and citizens. Companies can sue governments for full compensation for any reduction in their future expected profits resulting from regulatory changes.

This is not just a theoretical possibility. Philip Morris is suing Uruguay and Australia for requiring warning labels on cigarettes. Admittedly, both countries went a little further than the US, mandating the inclusion of graphic images showing the consequences of cigarette smoking.

The labeling is working. It is discouraging smoking. So now Philip Morris is demanding to be compensated for lost profits.

In the future, if we discover that some other product causes health problems (think of asbestos), rather than facing lawsuits for the costs imposed on us, the manufacturer could sue governments for restraining them from killing more people. The same thing could happen if our governments impose more stringent regulations to protect us from the impact of greenhouse-gas emissions.

When I chaired President Bill Clinton’s Council of Economic Advisers, anti-environmentalists tried to enact a similar provision, called “regulatory takings.” They knew that once enacted, regulations would be brought to a halt, simply because government could not afford to pay the compensation. Fortunately, we succeeded in beating back the initiative, both in the courts and in the US Congress.

But now the same groups are attempting an end run around democratic processes by inserting such provisions in trade bills, the contents of which are being kept largely secret from the public (but not from the corporations that are pushing for them). It is only from leaks, and from talking to government officials who seem more committed to democratic processes, that we know what is happening.

Fundamental to America’s system of government is an impartial public judiciary, with legal standards built up over the decades, based on principles of transparency, precedent, and the opportunity to appeal unfavorable decisions. All of this is being set aside, as the new agreements call for private, non-transparent, and very expensive arbitration. Moreover, this arrangement is often rife with conflicts of interest; for example, arbitrators may be a “judge” in one case and an advocate in a related case.

The proceedings are so expensive that Uruguay has had to turn to Michael Bloomberg and other wealthy Americans committed to health to defend itself against Philip Morris. And, though corporations can bring suit, others cannot. If there is a violation of other commitments – on labor and environmental standards, for example – citizens, unions, and civil-society groups have no recourse.

If there ever was a one-sided dispute-resolution mechanism that violates basic principles, this is it. That is why I joined leading US legal experts, including from Harvard, Yale, and Berkeley, in writing a letter to President Barack Obama explaining how damaging to our system of justice these agreements are.

American supporters of such agreements point out that the US has been sued only a few times so far, and has not lost a case. Corporations, however, are just learning how to use these agreements to their advantage.

And high-priced corporate lawyers in the US, Europe, and Japan will likely outmatch the underpaid government lawyers attempting to defend the public interest. Worse still, corporations in advanced countries can create subsidiaries in member countries through which to invest back home, and then sue, giving them a new channel to bloc regulations.

If there were a need for better property protection, and if this private, expensive dispute-resolution mechanism were superior to a public judiciary, we should be changing the law not just for well-heeled foreign companies, but also for our own citizens and small businesses. But there has been no suggestion that this is the case.

Rules and regulations determine the kind of economy and society in which people live. They affect relative bargaining power, with important implications for inequality, a growing problem around the world. The question is whether we should allow rich corporations to use provisions hidden in so-called trade agreements to dictate how we will live in the twenty-first century. I hope citizens in the US, Europe, and the Pacific answer with a resounding no.

Joseph E. Stiglitz, a Nobel laureate in economics and University Professor at Columbia University, was Chairman of President Bill Clinton’s Council of Economic Advisers and served as Senior Vice President and Chief Economist of the World Bank. His most recent book, co-authored with Bruce Greenwald, is Creating a Learning Society: A New Approach to Growth, Development, and Social Progress.