China Rising – Have Grandmaster, Will Travel

12 Jun 2015 – As intellectual acumen and cross-cultural expertise go, it would be hopeless to expect self-described “Don’t Do Stupid Stuff” Obama administration foreign policy advisers — as well as Pentagon functionaries/hacks — to understand the complexities of China. 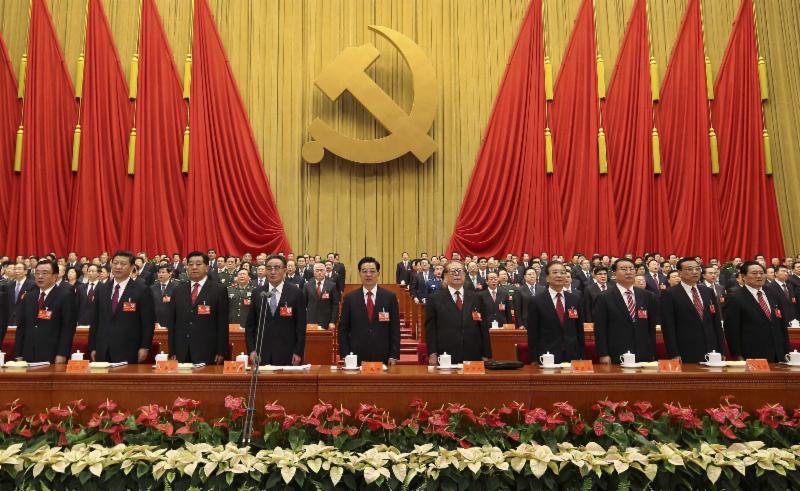 For instance, they would be incapable of evaluating all the myriad ramifications included in Professor Alfred McCoy’s masterful deconstruction of US-China geopolitics.

Thailand fully supports Singapore — ASEAN’s number one investor — to succeed Bangkok in the rotating role of ASEAN-China coordinator. Contrary to alarmist/paranoid scenarios paraded in the Beltway, the South China Sea disputes will be resolved diplomatically, within the ASEAN-China framework.

Lee Hsien Loong happens to be the elder son of late Singapore founding father, Prime Minister and Minister Mentor, the larger-than-life Lee Kuan Yew. He learned everything there is to know about Asia — and China — from Dad, first-hand.

When I moved to live in Asia in 1994, out of Paris, my first port of call was Singapore. That was at the height of the Asian miracle. Full immersion meant learning everything that revolved around Lee — and from Lee himself. Ideology, and political gaps aside — for instance, he was not exactly his usual razor-sharp about Iran or Russia or Latin America – Lee arguably knew more about China than any outside observer/analyst.

After all, it was Lee who dazzled the Little Helmsman Deng Xiaoping in person, in the late 1970s, prompting Deng to launch a modern China conceived as a sort of “a thousand Singapores”; sterling economic success under tight political control. President Xi Jinping, crucially, admires Lee as “our senior who has our respect.”

As Lee tells it, when he was asked by Chinese think tanks about “peaceful rise” as the new Chinese mantra, he responded with “peaceful renaissance, or evolution, or development. A recovery of ancient glory, an updating of a once great civilization.” Not accidentally, “peaceful development” was adopted by the previous Beijing leadership.

Now that the non-stop hysterical meme across the West is the “China threat,” or, extrapolating from the South China Sea disputes, “China aggression,” it’s quite enlightening to come back to the Grandmaster for some sobering China-related hard facts. Call it the Grandmaster’s concise China, and concise China-US, most of it compiled at Lee Kuan Yew (MIT Press, 2013). No meaningful analysis of China is possible without it.

Make no mistake; in geopolitics, Lee was pure status quo. He believed “no alternative balance can be as comfortable as the present one, with the US as a major player …The geopolitical balance without the U.S. as a principal force will be very different from that which it now is or can be if the U.S. remains a central player.”

Well, things are not so “comfortable” anymore.

On China as number 1: “Theirs is a culture 4,000 years old with 1.3 billion people, many of great talent — a huge and very talented pool to draw from. How could they not aspire to be number 1 in Asia, and in time the world?”

On what the Chinese people want: “Every Chinese wants a strong and rich China, a nation as prosperous, advanced, and technologically competent as America, Europe, and Japan. The reawakened sense of destiny is an overpowering force.”

On the master scenario: “The Chinese have calculated that they need 30 to 40, maybe 50, years of peace and quiet to catch up, build up their system, change it from the communist system to the market system. They must avoid the mistakes made by Germany and Japan … I believe the Chinese leadership has learnt that if you compete with America in armaments, you will lose. You will bankrupt yourself. So, avoid it, keep your head down, and smile, for 40 or 50 years.” (Not anymore; Xi is turning Deng’s “keep a low profile” upside down.)

On what China needs from the US: “China knows that it needs access to US markets, US technology, opportunities for Chinese students to study in the U.S. and bring back to China new ideas about new frontiers. It therefore sees no profit in confronting the U.S. in the next 20 to 30 years in a way that could jeopardize these benefits.” (And as Michael Hudson has noted, China’s new economic push is all about its thriving internal market; “China doesn’t need more dollars. Indeed, the more dollars it gets, the only thing it can safely do with them is lend them to the US Treasury, funding the military’s “Asia Pivot” to encircle China.”)

On Southeast Asia: “China’s strategy for Southeast Asia is fairly simple: China tells the region, ‘come grow with me.’ At the same time, China’s leaders want to convey the impression that China’s rise is inevitable and that countries will need to decide if they want to be China’s friend or foe when it ‘arrives.’ China is also willing to calibrate its engagement to get what it wants or express its displeasure.”

On why the U.S. “lost” Southeast Asia: “China is sucking the Southeast Asian countries into its economic system because of its vast market and growing purchasing power. Japan and South Korea will inevitably be sucked in as well. It just absorbs countries without having to use force. China’s neighbors want the U.S. to stay engaged in the Asia-Pacific so that they are not hostages to China. The US should have established a free-trade area with Southeast Asia 30 years ago, well before the Chinese magnet began to pull the region into its orbit. If it had done so, its purchasing power would now be so much greater than it is, and all of the Southeast Asian countries would have been linked to the U.S. economy rather than depending on China’s. Economics sets underlying trends.”

On Asian trade: “What are the Americans going to fight China over? Control over East Asia? The Chinese need not fight over East Asia. Slowly and gradually, they will expand their economic ties with East Asia and offer them their market of 1.3 billion consumers … Extrapolate that another 10, 20 years and they will be the top importer and exporter of all East Asian countries. How can the Americans compete in trade?” (that explains the Obama administration’s desperation to push for a China-excluding TPP.)

On China going asymmetrical: “Economically and militarily, they may not catch up for 100 years in technology, but asymmetrically, they can inflict enormous damage on the Americans.”

On the Party’s fear of chaos: “To achieve the modernization of China, her communist leaders are prepared to try all and every method, except for democracy with one person and one vote in a multi-party system. Their two main reasons are their belief that the Communist Party of China must have a monopoly on power to ensure stability; and their deep fear of instability in a multi-party free-for-all, which would lead to a loss of control by the center over the provinces, with horrendous consequences, like the warlord years of the 1920s and ‘30s.”

On why culture rules: “Can the Chinese break free from their own culture? It will require going against the grain of 5,000 years of Chinese history. When the center is strong, the country prospers. When the center is weak, the emperor is far away, the mountains are high, and there are many little emperors in the provinces and counties. This is their cultural heritage …Chinese traditions thus produce a more uniform mandarinate.”

On the inevitability of being back to number 1: “They operate on the basis of consensus and have a long view. While some may imagine that the 21st century will belong to China, others expect to share this century with the U.S. as they build up to China’s century to follow.”

On why it’s so hard for the US to accept it: “For America to be displaced, not in the world, but only in the Western Pacific, by an Asian people long despised and dismissed with contempt as decadent, feeble, corrupt, and inept is emotionally very difficult to accept. The sense of cultural supremacy of the Americans will make this adjustment most difficult. Americans believe their ideas are universal — the supremacy of the individual and free, unfettered expression. But they are not — never were. In fact, American society was so successful for so long not because of these ideas and principles, but because of a certain geopolitical good fortune, an abundance of resources and immigration energy, a generous flow of capital and technology from Europe, and two wide oceans that kept conflicts of the world away from American shores. Americans have to eventually share their preeminent position with China.”

Now live with it: “The US cannot stop China’s rise. It just has to live with a bigger China, which will be completely novel for the US, as no country has ever been big enough to challenge its position. China will be able to do so in 20 to 30 years.” (Lee said that at the FutureChina Global Forum in Singapore, in 2011. Under Xi, China is already challenging the U.S.’s position.)