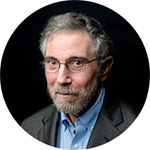 1 Jun 2015 – U.S. officials are generally cautious about intervening in European policy debates. The European Union is, after all, an economic superpower in its own right — far too big and rich for America to have much direct influence — led by sophisticated people who should be able to manage their own affairs. So it’s startling to learn that Jacob Lew, the Treasury secretary, recently warned Europeans that they had better settle the Greek situation soon, lest there be a destructive “accident.”

But I understand why Mr. Lew said what he did. A forced Greek exit from the euro would create huge economic and political risks, yet Europe seems to be sleepwalking toward that outcome. So Mr. Lew was doing his best to deliver a wake-up call.

And yes, the allusion to Christopher Clark’s recent magisterial book on the origins of World War I, “The Sleepwalkers,” is deliberate. There’s a definite 1914 feeling to what’s happening, a sense that pride, annoyance, and sheer miscalculation are leading Europe off a cliff it could and should have avoided.

The thing is, it’s pretty clear what the substance of a deal between Greece and its creditors would involve. Greece simply isn’t going to get a net inflow of money.

At most, it will be able to borrow back part of the interest on its existing debt. On the other hand, Greece can’t and won’t pay all of the interest coming due, let alone pay back its debt, because that would require a crippling new round of austerity that would inflict severe economic damage and would be politically impossible in any case.

So we know what the outcome of a successful negotiation would be: Greece would be obliged to run a positive but small “primary surplus,” that is, an excess of revenue over spending not including interest. Everything else should be about framing and packaging. What will be the mix between interest rate cuts, reductions in the face value of debt, and rescheduling of payments? To what extent will Greece lay out its spending plans now, as opposed to agreeing on overall targets and filling in the details later?

These aren’t trivial questions, but they’re second-order, and shouldn’t get in the way of the big stuff.

Meanwhile, the alternative — basically Greece running out of euros, and being forced to reintroduce its own currency amid a banking crisis — is something everyone should want to avoid. Yet negotiations are by all accounts going badly, and there’s a very real possibility that the worst will, in fact, happen.

Why can’t the players here reach a mutually beneficial deal? Part of the answer is mutual distrust. Greeks feel, with justification, that for years their nation has been treated like a conquered province, ruled by callous and incompetent proconsuls; if you want to see why, look both at the incredible severity of the austerity program the country has been forced to impose and the utter failure of that program to deliver the promised results. Meanwhile, the institutions on the other side consider the Greeks unreliable and irresponsible; some of this, I think, reflects the inexperience of the coalition of outsiders that took power thanks to austerity’s failure, but it’s also easy to see why, given Greece’s track record, it’s hard to trust promises of reform.

Yet there seems to be more to it than lack of trust. Some major players seem strangely fatalistic, willing and even anxious to get on with the catastrophe – a sort of modern version of the “spirit of 1914,” in which many people were enthusiastic about the prospect of war. These players have convinced themselves that the rest of Europe can shrug off a Greek exit from the euro, and that such an exit might even have a salutary effect by showing the price of bad behavior.

But they are making a terrible mistake. Even in the short run, the financial safeguards that would supposedly contain the effects of a Greek exit have never been tested, and could well fail. Beyond that, Greece is, like it or not, part of the European Union, and its troubles would surely spill over to the rest of the union even if the financial bulwarks hold.

Finally, the Greeks aren’t the only Europeans to have been radicalized by policy failure. In Spain, for example, the anti-austerity party Podemos has just won big in local elections. In some ways, what defenders of the euro should fear most is not a crisis this year, but what happens once Greece starts to recover and becomes a role model for anti-establishment forces across the continent.

None of this needs to happen. All the players at the table, even those much too ready to accept failure, have good intentions. There’s hardly even a conflict of interest between Greece and its creditors — as I said, we know pretty much what a mutually beneficial deal would involve. But will that deal be reached? We’ll find out very soon.