Why Greece Is on the Brink of Putting Life before Debt 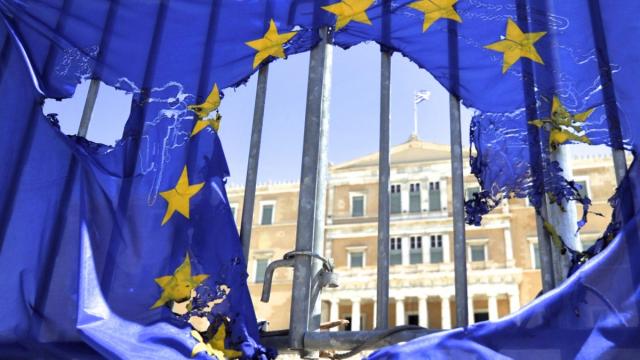 22 Jun 2015 – “Greece has been and still is the victim of an attack premeditated and organized by the International Monetary Fund, the European Central Bank, and the European Commission, reads the Preliminary Report of the Truth Committee on Public Debt published last week in Greece. “This violent, illegal, and immoral mission aimed exclusively at shifting private debt onto the public sector.”

What is remarkable about the Truth Committee’s report is not its content; there are numerous examples of how Greece’s debt is illegitimate. For example, we already know how the creation of the European currency bloc, or Eurozone, structurally favored its largest core members – namely Germany – at the expense of peripheral members like Greece. As a result, Greece and other southern countries joined the single currency at overly high exchange rates that hit their export earnings, only to swell their trade deficits – a structural imbalance that was exacerbated by the contagion of the 2008 financial crash.

Greece also fell prey to financial attacks. For instance, Goldman Sachs cashed in by short-selling a shady swaps deal the bank arranged with Greece. The country, meanwhile, has also been forced to buy German and French weapons well beyond its needs.

The remarkable thing about the Preliminary Report is that it is came from the Truth Committee on Public Debt, a group instigated by the Greek Parliament’s President Zoe Konstantopoulou in April. This is the first time an official parliamentary group has asserted in such certain terms that Greeks “don’t owe, won’t pay.” Not only is the report official, but it sets out legal pathways to cancelling the debt altogether.

Released last week, the timing of the report is critical. On Monday, the E.U. is holding emergency talks as Greece’s left-wing Syriza government continues to refuse implementing any further cuts to pensions. Meanwhile, the E.U. and IMF are withholding emergency loans that have been the means for Greece to maintain constant debt repayments. Defaulting on its loans could lead to Greece leaving the single currency and, possibly, the European Union overall. Across Europe, popularly led movements are holding a week of solidarity demonstrations in support of Greece’s people.

This situation is, by all measures, a crisis. Five years of cuts enforced by its creditors are killing Greece, whose GDP has dropped 25% in that time. Food consumption has dropped even more, and over half of young people remains without employment. It’s a false idea that bailout funds are being used to solve these problems; in reality, 89% of Greece’s bailout money went directly to financial institutions at no benefit to the Greek people. The IMF is just one of a long list of banks, countries and organizations now profiting from lending Greece money. 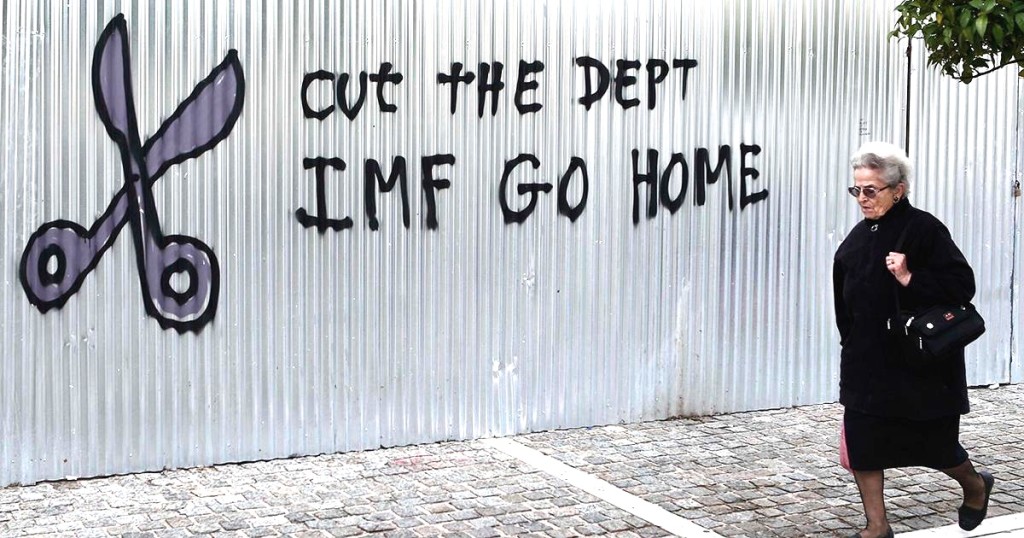 Refusing to Give Ground

The “don’t owe, won’t pay” message has a history as long as neoliberalism in the global South, and has recently gained ground in the European anti-austerity movements. Greece’s Truth Committee on Public Debt is coordinated by Dr. Eric Toussaint, President of the Committee for the Abolition of Third World Debt (CADTM), a leading campaign against unjust debts. Toussaint asserts Greece should unilaterally stop repaying its debts, and calls on Europeans across the continent to join in solidarity with the Greek people’s struggle.

Another prominent member of the Committee is Christina Laskaridis, a co-founder of the Greek Citizen’s Debt Audit campaign. Last August I reviewed her comprehensive report, “False Dilemmas: A Critical Guide to the Eurozone Crisis,” which was published by the London-based research group Corporate Watch. Laskaridis’s key message is that the austerity narrative has been based on false assertions, championed by a nexus of politicians and corporate press that both serve financial interests.

The Debt Truth Committee’s Preliminary Report stands on the shoulders of the citizen-initiated debt research and grassroots movements in two significant senses. First, it builds directly on their technical expertise and approach, a great deal of which originated in the fights against unjust debts in the global South. Second, without the anti-austerity momentum in Greece, it is difficult to imagine the Parliament having initiated the Committee to begin with.

Although this is unchartered territory for Greece and Europe, there are precedents for nations cancelling illegitimate debt. Ecuador was a country ravaged by political chaos, corruption and massive debt repayments last decade. In 2007, Rafael Correa won the presidency on a left-wing platform, and Ecuador commissioned a debt audit that found a large proportion of the debt to international creditors illegal – and which the country unilaterally cancelled in 2008. Since then, the South American nation has been able to invest much more of its money into education, health and welfare instead of servicing debts.

Ecuador showed there can be life after debt. Greece is of course in a very different situation; tied into a monetary union, it cannot devalue its currency to drive up exports as Ecuador did. This is now arguably a reason to leave the Euro. Another sharp contrast between Ecuador in 2008 and Greece today is that the South American country choose not to pay because it had money from oil exports to support itself. In contrast, Greece doesn’t have the money to pay.

The corporate press defends the bankers’ stance that Greece could make further cuts to its pensions, which they argue take up 16% of Greece’s GDP. But this ignores two factors. On the one hand, as Greek Finance Minister Yanis Varoufakis explained to European ministers last Thursday, pensions have dropped 40% since the crisis. The reason they still take up 16% of GDP is because Greece’s economy has shrunk dramatically under austerity policies.

A Guardian article last week explained that for many unemployed families who are denied welfare after a year of unemployment, the already cut pensions of the older members of the family serve as the sole sources of income for several generations.

In such a fluid and volatile political situation, predicting what happens next is almost impossible. But in many ways Greece and Europe are on the brink. Greece may be strong-armed and bullied into continuing to enforce austerity, or it may use a debt audit as a tool to break austerity. If that happens, it could mark a highpoint across Europe, showing that the flawed policies of austerity can be defeated.