A Chance for Arab-Iranian Reconciliation: An Opportunity in the Iran Nuclear Deal

22 Jul 2015 – “The Americans have taken the Shia Muslim side in the Middle East’s sectarian war,” declared Robert Fisk in the “Independent” newspaper on July 15, a day after the US and five major world powers reached a landmark agreement with Iran about its nuclear programs. 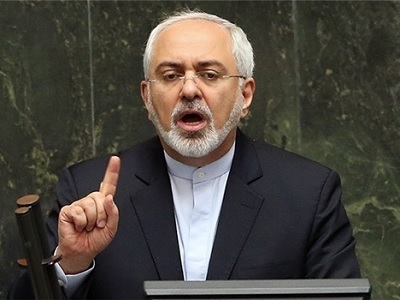 Fisk’s proclamation is quite cursory. Aside from the fact that he is accepting the premise that the war in the Middle East is essentially sectarian, he implies that the Americans are purposely facilitating their policies based on sectarian agendas. They are not.

The fundamentals of American foreign policy approach have not changed. In the Middle East, it is governed by two overriding variables: one, economic – oil, gas, and strategic control and influence over countries that produce such essentials to the US and global economy – and Israel. Unlike other US allies in the region, Israel has managed to break away from the role of client regime into a party that has tremendous influence over US policies. Between powerful lobbies and an obedient US Congress, the likes of Prime Minister Benjamin Netanyahu have made Israel a top American priority.

Of course, there are exceptions to this rule. Although Netanyahu has angled for war against Iran, supported by numerous allies within the Republican and Democratic Party – propelled by lobby perks and pressure, and a huge media apparatus – his wish is yet to come true. In fact, according to the 100-page-plus agreement of July 14, that wish is, perhaps, suspended for at least another 10 years as Iran has agreed to curb its nuclear capabilities and to allow international monitoring, in exchange for the lifting of US-led UN sanctions which have greatly harmed the Iranian economy.

Despite the saber-rattling, the fiery speeches and all the chest-thumping that has lasted for many years, Israel has lost its battle to lead another regional war against a formidable enemy in the Middle East. Israel has hoped for a repeat to the Iraq war scenario, which was almost a blueprint of Israel’s current attitude towards Iran: starting with the handy discourse of Iraq/Iran being an existential threat, Saddam/Ahmadinejad being another Hitler, the humiliating inspections of Iraq’s weapons of mass destruction (WMDs) that never existed, to the invasion, the civil war, and all the calamities that have happened since then.

However, the US is not above reproach either. The war on Iran was, and remains, a staple in US media. They paint the same horrifying image about Iran as they did Iraq prior to the invasion which resulted in the destruction of the country, and now, consequently, the region.

That destruction suited Israel well, of course, since another obstacle was removed from Israel’s path towards regional dominance. Meanwhile, though, Iran expectedly rushed to secure post-invasion Iraq as an ally, not a springboard for a potential US invasion.

Iran succeeded in mending fences with Baghdad, but that success was at a great price for Iraq since it undermined its sovereignty and spread the seeds of sectarianism within Iraq. The rise of a pro-Iran Shia-dominated Government in Iraq was initially welcomed, if not partly facilitated by the US, which led a campaign of ‘De-Ba’athification’ of Iraq. That, essentially, meant the dismantling of the Sunni centers of powers, creating a vacuum that was naturally filled by empowered Shia militias, armed and trained by both Iran and the US.

Fearing an empowered Iran, the US policies in Iraq eventually shifted to create a more balanced political equation, by arming Sunni tribes in the hope that they would fight not only the rising influence of extremist groups but also homegrown Iraqi Resistance. The plan worked to an extent, but al-Sahwat tribal Sunni militias soon found themselves at odds with Shia groups and were isolated, eventually targeted by their own Sunni communities for what was understood as an act of treason.

The American sectarian experiment in Iraq and the whole region never truly ceased even long after the troop ‘surge’ of George W. Bush, which, arguably, laid the groundwork for withdrawal under the presidency of Barak Obama.

Working with Iran and against Iran simultaneously has been a trademark American policy, itself symptomatic of American opportunistic foreign policy. For the US, it is a matter that goes beyond Sunni and Shia, into exploiting existing differences, which the Americans themselves hyped and manipulated.

Although deep theological divides do exist between the Sunni and Shia, the conflict is essentially political, and the Americans never hesitate in exploiting the existing fault lines in the region (or any region for that matter) for political purposes, no matter how devastating the outcome is in terms of destruction and death toll.

There should be little confusion that the rise of the so-called ‘Islamic State’ was a direct outcome of US meddling combined with the astounding degree of irresponsibility exhibited by its allies and foes in the region. It should have been clear to everyone, including US Gulf allies, that the US does not base its alliances and conflicts on ethical grounds. It is not a matter of honor but sheer self-interest.

Obama, who in a recent interview with New York Times’ Thomas Friedman, praised both Ronald Reagan and Richard Nixon for their pragmatic foreign policies – in his defense, he also highlighted differences – which truly showed how little respect he has for his Arab allies in addition to a lack of respect for Iran, as well. He boasted about leading the world to set up a “sanction regime that crippled the Iranian economy and ultimately brought them to the table,” as if collective punishment for political purposes is a virtuous act.

On one hand, Iran proved durable and resourceful, while US allies could not affect the desired change they set out to achieve – regime change in Syria, stabilizing the region following the so-called ‘Arab Spring’, and so on. Israel, on the other hand, has showed itself to be a liability to its major ally, as its rightwing government and society exist in a world of paranoia and wars with horrible consequences. Meanwhile, ‘ISIS’ was gaining ground at a frightening speed, carving a country for itself between Iraq and Syria.

Considering US financial woes and lack of military appetite, Obama desperately needed a deal with Iran. The US foreign policy in the Middle East has lost every sense of direction for years. It seemed to have no clear purpose, aside from fighting for political relevance and it was marred with contradictions. With time, it became indefinable, a fact that historians will find difficult to expound or explain.

The US is, perhaps, hoping that the next ten-year truce with Iran will allow it to realign its foreign policies to cope with the region’s momentous conflicts, beginning with the crisis of democracy and going on to the rise of ‘ISIS’. A decade is long enough, from a US politics viewpoint, to co-opt Iran and/or for Washington to regain its Middle East initiative. At best, it will defer the problem to a later date.

However, both Iran and its Arab foes could, in fact, see this as an opportunity. Instead of waiting for the cunning US to regroup and re-adapt to strike more division, Arabs and Iran should understand that it is, ultimately, their countries and peoples who will continue to suffer the consequences of war, sanctions, divisions and extremism.

By his own admission, in his Freidman’s interview, Obama stated that the US was hardly affected by the sanctions on Iran, although others greatly suffering as a result of the economic siege. This is true in all aspects of US relations with the region. It is, in fact, Arabs and Iranians, Muslims and Christian, Sunni and Shia and other groups who are truly suffering the bitterness of conflict.

Thus, it is time for Arabs and Iran to realize that their rivalry is fundamentally hollow, and dominance over a broken, disastrous region is, essentially, frivolous. The Iran nuclear deal should usher in an opportunity for rapprochement among all countries in the region. Iran is an important country that cannot be eternally designated as a ‘threat’, but it cannot survive on its own in a hostile region, either, for geopolitical and also cultural reasons.

To appease angry Netanyahu, the US Government has reportedly agreed to provide Israel with $1.5 billion of additional weapons and military supplies per year. This is an indication that the US regional policies have not changed in the least, and it is up to the region itself to confront the US militaristic and conflict-driven policies.

Dr. Ramzy Baroud has been writing about the Middle East for over 20 years. He is an internationally-syndicated columnist, a media consultant, an author of several books and the founder of PalestineChronicle.com. His latest book is My Father Was a Freedom Fighter: Gaza’s Untold Story (Pluto Press, London).