Angela Merkel Has a Red and a Yellow Button. One Ends the Crisis. Which Does She Push? 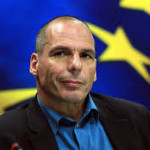 The Global Minotaur of neoliberal capitalism centred on Wall Street held the world to ransom from 1971 to 2008. Now Europe’s surplus countries are trying to prop up its corpse.

6 Jul 2015 – Bankruptocracy is as much a European predicament as it is an American “invention”. The difference between the experience of the two continents is that at least Americans did not have to labour under the enormous design faults of the eurozone. Imagine their chagrin if the citizens of hard-hit states (eg Nevada or Ohio) had to worry about a death embrace between the debt of their state and the losses of the banks who happened to operate within the state.

Additionally, Americans were spared the need to contend with a central bank utterly shackled by inner divisions and the German central bank’s penchant for treating the worst-hit parts of the union (the eurozone, that is) as alien lands that had to be fiscally waterboarded until they ceased to obey the laws of macroeconomics.

In the past two years, the debate in Europe has focused exclusively on issues that sound technical and minor: will there be “conditionality” attached to the purchases of Italian and Spanish bonds by the European Central Bank? Will the ECB supervise all of Europe’s banks, or just the “systemic” ones?

These are questions that ought to be of no genuine interest to anyone other than those with a morbid interest in the interface between public finance and monetary policy. And yet these questions (and the manner in which they will be answered) will probably prove as important for the future of Europe as the treaties of Westphalia, Versailles or even Rome. For these are the issues that will determine whether Europe holds together or succumbs to the vicious centrifugal forces that were unleashed by the crash of 2008.

Even so, they are not issues that are worth expounding upon here. All they do is to reflect a tragic, underlying reality that can be described in simple lay terms without the use of any jargon whatsoever: Europe is disintegrating because its architecture was simply not sound enough to sustain the shockwaves caused by the death throes of what I call the Global Minotaur: the system of neoliberal capitalism centred on Wall Street, extracting tribute from the world after 1971.

It is quite obvious that the insolvency of Madrid and Rome had nothing to do with fiscal profligacy (recall that Spain had a lower debt than Germany in 2008 and Italy has consistently smaller budget deficits) and everything to do with the way in which the eurozone’s macroeconomy relied significantly for the demand of its net exports on the Global Minotaur. Once the latter keeled over in 2008, and Wall Street’s private cash disappeared, two effects brought Europe to its knees. 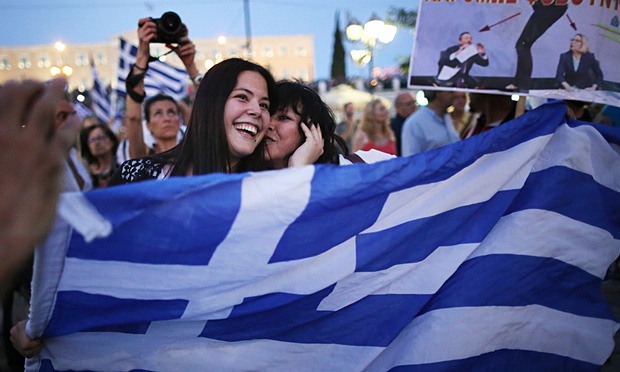 One was the sequential death-embrace of bankrupt banks and insolvent states (beginning with Greece, moving to Ireland, to Portugal and continuing until Italy and Spain were torn asunder). The other was the Minotaur’s simulacrum and its determination to hang on to its option of exiting the eurozone at will, therefore denying each and every rational plan for mending the currency union in a sustainable manner.

The telling question thus becomes: why such resistance, particularly from Germany, to every idea that would end the euro crisis? The standard answer is that Germany does not wish to pay for the debts of the periphery and will resist all federal-like moves (eg a banking or a fiscal union) until it is convinced that its partners will behave responsibly with their German-backed finances. While this captures well the mindset of many northern Europeans, it is beside the point. Consider the following mental experiment, which, I believe, helps us unveil a deeper motive.

Picture the scene when a sheepish finance minister enters the chancellor’s Berlin office bearing a control panel featuring one yellow and one red button, and telling her that she must choose to press one or the other. This is how he explains what each button will do:

If you press it, chancellor, the euro crisis ends immediately, with a general rise in growth throughout Europe, a sudden collapse of debt for each member state to below its Maastricht limit, no pain for Greek citizens (or for the Italians, Portuguese, etc), no guarantees for the periphery’s debts (states or banks) to be provided by German and Dutch taxpayers, interest rate spreads below 3% throughout the eurozone, a diminution in the eurozone’s internal imbalances, and a wholesale rise in aggregate investment.

If you press it, chancellor, the situation in the eurozone remains more or less as it is for a decade. The euro crisis continues to bubble along, albeit in a controlled fashion. While the probability of a break-up, which will be a calamity for Germany, remains non-trivial, the chances are that, if you push the yellow button, the eurozone will not break up (with a little help from the European Central Bank), German interest rates will remain extremely low, the euro will be nicely depressed (‘nicely’ from the perspective of German exporters), the periphery’s spreads will be sky-high (but not explosive), Italy and Spain will enter deeper into a debt-deflationary spiral that sees to a reduction of their national income by 15% over the next three years, France shall slip steadily into quasi-insolvency, GDP per capita will rise slowly in the surplus countries and fall precipitously in the periphery. As for the first “fallen” nations (Greece, Ireland and Portugal), they shall become little Latvias, or indeed Kosovos: devastated lands (after the loss of between 25% and 40% of national income, a massive exodus of their skilled labour) on which our people will holiday and buy cheap real estate. In aggregate, if you choose the yellow button, chancellor, eurozone unemployment will remain well above UK and US levels, investment will be anaemic, growth negative and poverty on the up and up.

Which button do you think, dear reader, the chancellor would want to push?

Whereas the yellow button would hold no attraction for the American president or the British prime minister, for the German chancellor the yellow button is a far more powerful option. Even if the chancellor wanted to opt for the red button, she would be terrorised by the reaction of the German electorate were she to do so. Letting the Greeks and the Italians, the Spaniards and the Portuguese, off the hook of their Great Depression so “easily” would be unlikely to win many votes east of the Rhine and north of the Alps.

For two years now, the German public has become convinced that Germany has escaped the worst of the crisis because of its people’s virtuous embracing of thriftiness and hard work; in contrast to the spendthrift southerners, who, like the fickle grasshopper, made no provision for when the winds of finance would turn cold and nasty.

This mindset goes hand in hand with a moral righteousness which implants into good people’s hearts and minds a penchant for exacting punishment on the grasshoppers – even if punishing them also punishes themselves (to some extent). It also goes hand in hand with a radical misunderstanding of what kept the eurozone healthy and Germany in surplus prior to 2008: that is, the Global Minotaur whose demand-generation antics were for decades allowing countries like Germany and the Netherlands to remain net exporters of capital and consumer goods within and without the eurozone (while importing US-sourced demand for their goods from the eurozone’s periphery).

Interestingly, one of the great secrets of the post-2008 period is that the Minotaur’s death adversely affected aggregate demand in the eurozone’s surplus countries (Germany, the Netherlands, Austria and Finland) more than it did the deficit member states (like Italy, Spain, Ireland, Portugal and Greece). While the sudden withdrawal of capital from the deficit countries brought about their insolvency, countries like Germany saw their “fundamentals” more grievously affected by the crash of 2008. This fact, in conjunction with the terrible squeeze on German wages, explains the deeper causes of the animosity in places like Germany that so very easily translates into anger against the Greeks and assorted Mediterraneans – feelings that are then reciprocated, thus giving the wheel of intra-European animosities another spin, favouring the rise of xenophobia, even Nazism (in countries like Greece, quite incredibly), and thus leading to a wholesale readiness to push all the yellow, as opposed to the red, buttons in sight.

To recap, the Minotaur’s surplus recycling was essential to the maintenance of the eurozone’s faulty edifice. Once it vanished from the scene, the European common currency area would either be redesigned or it would enter a long, painful period of disintegration. An unwillingness by the surplus countries to accept that, in the post-Minotaur world, some other form of surplus recycling is necessary (and that some of their own surpluses must also be subject to such recycling) is the reason why Europe is looking like a case of alchemy-in-reverse: for whereas the alchemist strove to turn lead into gold, Europe’s reverse alchemists began with gold (an integration project that was the pride of its elites) but will soon end up with the institutional equivalent of lead.

Yanis Varoufakis is the former finance minister of Greece.

This is an extract from Yanis Varoufakis’s book The Global Minotaur: America, Europe and the Future of the Global Economy, published by Zed Books.

As Yanis Varoufakis revs off into the sunset, it’s his substance I’ll remember. The media was mesmerised by his motorbike, but Greece’s former finance minister inspired ordinary people by the way he faced down Europe.
Suzanne Moore

Yanis Varoufakis: some of his best quotes