Refugees crossing the Aegean face hostile conditions – and no-one is helping them out. 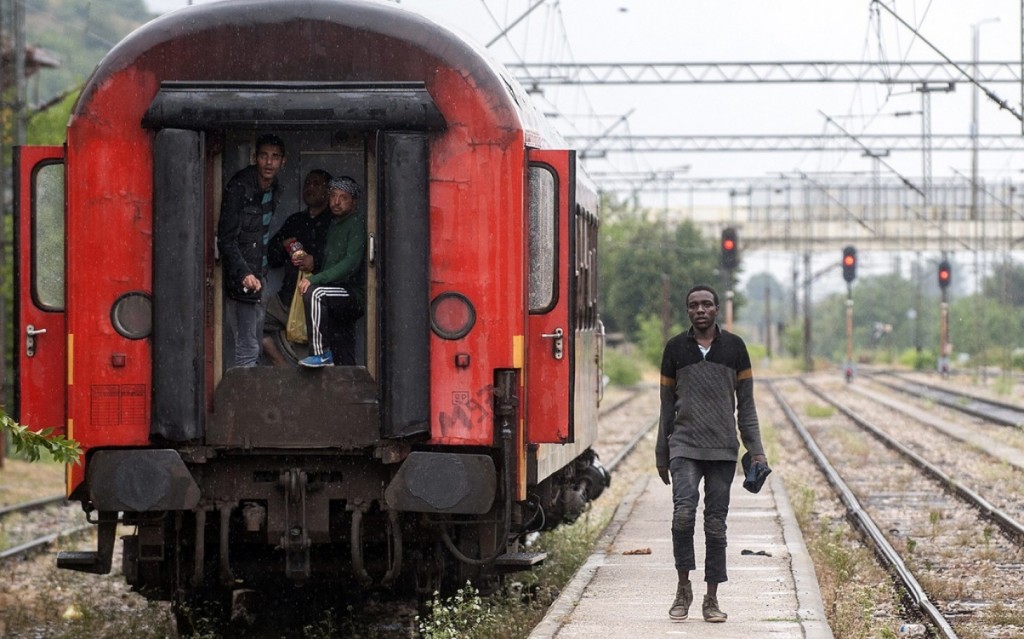 July 15, 2015 – Despite almost daily headlines detailing the dangers of crossing the Mediterranean by sea, refugees are still braving the waves in record numbers. An increasing number are heading to Greece, which, in the first half of this year, surpassed its wealthier Italian neighbor in refugee arrivals. This journey brings its own challenges. Thousands are braving a long and perilous journey overland on foot, hoping to make it farther into Europe through the Balkans. When they arrive at their destination, it doesn’t get any easier.

In 2008, the United Nations Refugee Agency officially declared Greece unsafe for asylum seekers because of the country’s hostility towards refugees, and its lack of fair asylum procedures. The situation has only deteriorated since as increased migration, paired with domestic economic crisis, has led to an increasingly xenophobic environment.

Although protected under international agreements signed after World War II, refugees are thus unlikely to receive adequate protections while on Greek soil. With no functional administrative asylum process in place and no funding to absorb the refugees it does recognize, Greece provides at best a tenuous foothold. Should borders with Macedonia close in response to the dramatic increase in migration, an even greater crisis is likely to unfold as thousands of unwelcome asylum seekers become stranded in Greece and risk being sent back.

More than 40,000 people attempted the difficult crossing from Greece through the Balkans to Hungary last year, and there is little reason to expect that flow to cease. The conflicts driving people from their homes endure, making voluntary returns close to impossible. At the same time, the developed world’s shockingly inadequate response means there are few other options available to those who have been displaced.

Extraordinary times call for an extraordinary response, not just tinkering on the margins. UNHCR estimates that almost a million refugees worldwide need resettlement, yet the entire world has offered places for only one-tenth that number. The international community can and must do more.

First, under international law, starting with the Refugee Convention of 1951, protecting refugees is an obligation of each and every state. Governments need to ensure that they are safe. The best way to keep people from making these perilous journeys is to protect them from what they are fleeing in the first place. Take Syria, which has produced more than 4 million refugees since 2011, including roughly 2 million children, according to the UN refugee agency (another 7.6 million Syrians have been displaced domestically.) UNHCR has asked for $4.5 billion in funding to help address their needs, but raised less than a quarter of the funds. The size of the shortfall is staggering, and will have implications that spread far beyond Syria. The international community is doing more than before, but not by much: Last year, each American contributed only $4.39 in taxpayer money to help refugees in the first country in which they seek refuge. In addition to Syria, there are ongoing displacement crises in Iraq, Colombia, Ukraine, the Democratic Republic of the Congo, Myanmar and the Dominican Republic.

Developed nations also need to update their refugee intake in light of the current crisis. For example, the United States currently accepts only 70,000 refugees a year. This number has gone unchanged for more than a decade, even though the number of people seeking resettlement aid has soared. In the early nineties, we took in almost double that number. We clearly have the capacity to take in at least that many again.

In Europe, more countries should follow Germany and Sweden’s lead and recognize that business as usual is not an acceptable response to an unprecedented global refugee crisis.

Finally, the international community needs to step up efforts to address the conflicts and instability that are driving record numbers of people from their homes. Last year saw not just a record high in the number of those driven from their countries, but also a record low in the number of refugees who were able to return. We cannot afford to ignore the root causes of mass displacement and deal only with the consequences as if they existed in a vacuum.

Mark Hetfield is President and CEO of HIAS, the global Jewish nonprofit that protects refugees — including women and children, and ethnic, religious, and sexual minorities — whose lives are in danger for being who they are.