The Moral Imperative of the BRICS Paradigm

This has never been truer than with the case of the International Monetary Fund (IMF) and the World Bank, and the power they hold over world governments and their people.

In one way or another, they have acted intentionally (or unintentionally) to subvert nations and their constitutional governments, monarchies, duly elected leaders, the major media, and any and all guardians of people’s human rights and civil liberties.

This is the global problem we are all facing now – there is currently no competition to the IMF and World Bank in the global marketplace for credit, loans, issuance of money and capital, the power to grow and develop economies, project finance, and to stay competitive with the influx of much needed capital to house, clothe, educate, or feed the people of the world.

The stranglehold that the IMF and World Bank wield over the world has given rise to impossible debts to be paid by Second and Third World nations.

This in turn has led to a stunting of economic growth in the wake of stringent austerity programs, leaving 99 per cent of the world’s wealth in the hands of a few plutocrats/oligarchs.

A by-product of the above is the resulting currency wars, which are now bringing us all dangerously close to nuclear cataclysm with the aggressive advancing of NATO in the Ukraine to Russia’s borders, and with the Greece-EU standoff – which is now pushing Athens closer to the BRICS format of doing business.

Currency wars have invariably followed an attacked nation’s general refusal to join the IMF global banking cartel, instead choosing to maintain its own banking sovereignty.

Such was the case with Libya, Yemen, Iraq, Afghanistan, and other nations; future targets of NATO aggression include Iran, Syria, North Korea, and Russia, which overtly or covertly backs them all.

In the US, the business norm has always embraced and encouraged competition – indeed the Sherman Act of 1890 codified this grand old American tradition that monopolies are always inherently evil, harm the people they serve, and corrupt the local, state and federal governments on the judicial, executive and legislative branches. 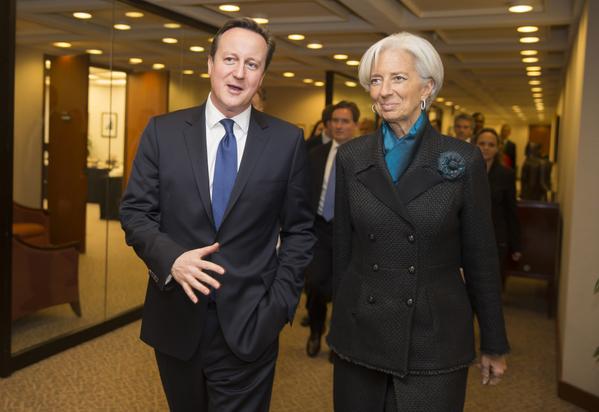 IMF Chief Christine Lagarde (seen here with UK Prime Minister David Cameron) is a regular participant at the secretive Bilderberg meeting, an annual gathering of some of the most powerful and influential figures in the world, reinforcing without accountability the dominance of a transatlantic capitalist cabal [Image: IMF]

But there has been a marriage of corporate/banking interests with government in the US, resulting in a fascist, dictatorial, insensitive federal and local government, supplanting the people and their human and civil rights with the awesome power and cold-bloodlessness of an authoritarian state.

Families have been destroyed, race relations are at an all time low, division is endless and increasing, and the people are literally at each other’s throats, all under the watchful but indifferent eyes of the state.

The hidden hands behind governments – the wealthy international oligarchs and billionaires, banking and corporate interests, and unfriendly foreign governments – look the other way as the fractious atmosphere is fomented.

These are not conspiracy theories, particularly in light of the recent revelations that the multi-billionaire Koch Brothers are behind the right wing elements (Republicans) of the US government, and that billionaire George Soros behind the leftists (Democrats); it is quite evident that we are all pawns in the chess game of life.

Chaos in the streets (fascinating report on Soros’ funding of Ferguson protests) becomes acceptable because then the people will be distracted from dealing with the real causes of their stagnation and stunting of development and growth, while the debt payments keep rolling in from their host nations.

The BRICS banking paradigm offers a refreshingly soothing and exciting alternative to this out-of-control octopus of global banking strangulation currently put in place by the IMF.

BRICS also offers a way out of the legacy of European colonialism which has plagued the planet for the past few hundred years, wherein mostly brown and Third World nations are literally under the enslavement and yoke of their European financial masters.

The legacy and badges of slavery live on through the financial masters’ control of these indigenous countries’ money supply and credit.

This is why 132 nations (mostly former colonial victims), which had been calling on the UN for a new financial paradigm, immediately saw hope in the BRICS alternative banking and financing initiatives a few months ago.

Meanwhile, the initial capitalization of the BRICS Bank is stated to be $100 billion, although this is projected to increase exponentially and significantly in the years to come, as their client states and governments have already promised to contribute to its success.

The United States has always stood for healthy and robust competition, frowning on monopoly and anti-trust activity, so it appears to be a natural and historically traditional progression that if the United States is to remain as a healthy member within the global banking community, that they would also join, if not wholeheartedly support, the creation of the BRICS paradigm.

Why the United States has openly discouraged and fought this new global banking alternative is the ultimate manifestation of the consequences the stranglehold that the world’s central banks, as organized by and under the IMF, has caused.

Within the United States, the subjugation and subversion of the US Constitution and the attendant civil liberties the people have enjoyed is at an all-time low – and the people know it.

America’s fate was sealed with the repeal of the 1933 Glass-Steagall Act in 1999 during the Clinton Administration. 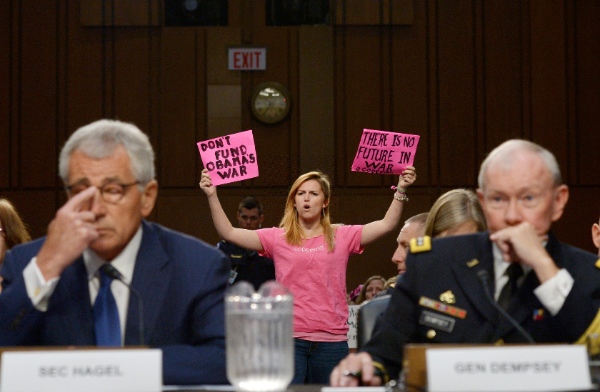 Following the Great Depression in 1929 (which lasted until 1939), US lawmakers looked for reasons why such a calamitous financial debacle happened. They believed that improper commercial banking pursuits in the stock market led to the crash by using depositors’ monies in high-risk situations.

The 1933 Glass-Steagall Act established barriers between commercial and investment banking. Banks had to either focus on commercial endeavors or investment, but not both. That barrier, removed in 1999, was primarily designed to protect people’s deposits in case the investments fall through.

The peril to people’s investments was further exacerbated by the Gramm-Leach-Bliley Act of 1999, which ended previous restrictions that had prevented the merger of banks, stock brokerages and insurance firms.

Such mergers meant that when these enterprises merged, they would have access to personal information of millions of people.

While the Act called for three measures to protect personal data, it did not restrict the mergers.

The 1933 Glass-Steagall Act repeal and the Gramm-Leach-Bliley Act of 1999 combined eventually meant that people’s money deposited in banks could now be mercilessly and carelessly plundered and gambled away by the banks due to the dissolution of the previous firewall barriers between the people’s money and the global banks.

Most economists would argue that this was the major contributing factor towards the financial meltdown in 2008, exacerbated and provoked by the low-credit money and mortgage lending practices of the US Housing and Urban Development government agency, which was forced and packaged nicely by huge banking and investment subsidiaries as Goldman Sachs, AIG, Lehman Brothers, Bear Stearns, and the other 10 massive banks deemed “too big to fail”.

Since the great tradition in the US has always historically supported free competition in the marketplace, any marketplace, it is incumbent upon Washington to join the BRICS financial institutions.

The US needs to stop making the 99 per cent pay to make the wealthiest 1 per cent a whole lot wealthier. It must guide its people out of the global quagmire and debt stranglehold it became entangled in because of the IMF and its European colonial counterparts.

This becomes necessary in order to attain economic freedom to better preserve and safeguard the constitutional and civil liberties that Americans fought countless bloody and destructive wars to protect since 1776.

Rahul Manchanda is a US-based attorney and civil rights activist