Third Industrial Revolution: In 10 Years, the Cumbersome Great Banks Will Have Disappeared 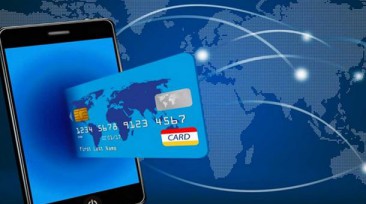 As our team constantly reminds readers, the crisis that we are currently experiencing is a systemic crisis. It is affecting and radically transforming the whole system in place, particularly its key elements such as banks, for example. In political anticipation[1], it’s important to position these anticipations in the short to medium term within the landscape of long-term trends.

Here, we are participating in applying the consequences of the 3rd industrial revolution (the Internet) to the banking system which we anticipate that, like any pillar of the system in place, will suffer and change radically in the next decade. Just like the music and book publishing businesses in their day and, increasingly, the intermediary sectors (hotels, transport, etc…), the cumbersome great banks have no chance of remaining the prerequisites for currency flows in the face of new opportunities of direct contact between supply and demand over the internet. For these ageing and, moreover, highly criticized institutions, watch out therefore for the jolts on the future path.

The first salvo against the traditional banking and financial system is certainly coming from electronic currencies, the first of which is currently Bitcoin[2]. The attempts at regulating and legislating it[3] are the proof: these alternative currencies are gaining in importance and concern. States are seeing here the emergence of an untaxed parallel trade, and a risk for the usual fiduciary currencies such as the Euro or the Dollar (whose value is based solely on the trust that people place in them); the banks see them as a risk to their monopoly on commercial transactions.

Remember that, in the fight against the black market, most countries have placed the banks at the centre of the trading system (obligation to pay salaries above a certain threshold into a bank account[4], a ban on paying cash for major purchases[5], the obligation to have a bank account for many everyday transactions, verification of the source of funds, etc.). The multiplication of shared sites, of exchange, barter, or private sales (usually paid in cash), have already cut into the structure’s strength[6].

Fully decentralized currency management, on a network, collaborative, anonymous, inevitably calls the previous system of control into question. Thus, a whole parallel economy – for now mainly concerning illegal areas – has seen the light of day in darknets, encrypted sites on the fringes of the public Internet, which thrive, thanks to the use of Bitcoin or other digital currencies[7]. 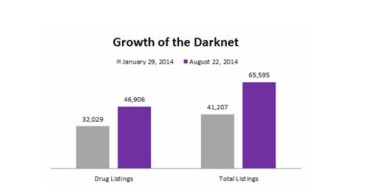 These zones in the shadows are growing rapidly and caused an expansion, just as the use of digital currencies have, which in the end can only influence legal trade.

The mistake would be to deny and/or prohibit these new realities. The darknets should even be regarded as the real matrix of the economic system of the future, and serve as grounds for thought on the invention of future methods of regulation. They take peer-to-peer to its logical conclusion (to the extent that, moreover, it is already calling into question the Mafia monopoly[8]), increasing the quality guarantees of products supplied based on methods now developed from peer-to-peer[9], and having found an answer to the question of respect for privacy (through their encryption system), by using currencies of exchange which have nothing to do with being national; they are miles ahead of the model of the future. It “only” remains to create the system of governance to go with these new features. The reinvention of nation states’ added value in such a world is not an activity anywhere near closing !

Retail banks come off the road

For several years now we have watched the blatant inability of the major banking players to adapt to the new realities. The online micro-payment market is the first example. The banks have already missed the boat with the arrival of PayPal (a simple principle that the banks haven’t known how to copy: no transaction, no charge). They are in the process of missing that of the payment of small amounts (from a few centimes to a few Euros). Paying for a VOD film rental, buying music online, a smartphone application: all this is escaping them to the benefit of start-ups or the new technology giants, even internet service providers and telephone operators.

The banks are also in the process of missing the shift that the major music or book businesses failed to take with the advent of the internet, blinded by their power, insufficiently adaptive or quite simply structurally inadequate. However, their expertise in security and distance payments (bank cards particularly) should have given them a certain advantage. Unfortunately for them, future developments in payment methods, financing and savings seems to suggest that their troubles are not over…

What purpose do retail banks serve ? To provide loans ? To invest one’s money ? The primary function mainly concerns individuals and small businesses (large businesses funding themselves through the stock exchange). Now, more and more sites offer loans between individuals (peer-to-peer lending) and are showing exponential growth. Commercial banks are starting to worry[10], and with good reason. Indeed, what’s the point of using a bank if individuals can lend directly between themselves.  ? 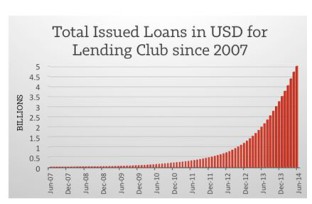 Figure 3 – Total loans issued since 2007 by Lending Club (A US peer-to-peer lending club), in billions of Dollars. Source : LendingMemo.

To try and save their skins, most major banks are trying to keep control and devour these initiatives by participating themselves, by misleading them, or by taking them over[11]…  However, the economic models are very different, and the profitability demanded by banks’ shareholders, their inertia, as well as their poor image won’t allow them to compete with these initiatives arising directly from the net. Without taking into account the fact that customers fleeing the banks and adopting community solutions certainly wouldn’t want to find themselves in their clutches once again.

In this new organization, however, it seems to us that insurers still have a future. Private individual investors lending money will obviously ask, as the banks do currently, that the borrower be insured for the amount borrowed. It remains to be seen what form this insurance will take: dematerialized, peer-to-peer, as well ? Or managed by today’s major insurers? Or, finally, provided as a public service by the authorities who could find a new sense of direction here ?

Moreover, just as for private individuals, start-ups now prefer to finance themselves through crowdfunding sites, or by specialized investors: still another market which has escaped the banks… 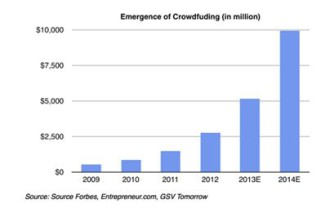 As regards a bank’s second function – investing one’s money –, a resounding bankruptcy of a major bank will suffice to shake confidence. In these times of crisis, everyone has understood that bank runs (massive withdrawal of savings by clients from a bank) are not only a figment of the imagination. In addition, community credit activities or crowdfunding mentioned above are not only interesting for the borrower: it can also be a good return on investment for the lender… all without a bank. Investing savings, therefore, is no longer, either, the banks’ preserve. And as for the rest, this trend is taking on a quite disturbing scale for the traditional banking players…

These trends towards decentralization and dematerialization might seem anarchic: if banks are still closely monitored when it comes to consumer protection, on the other hand what guarantees can one have when transactions pass through intermediaries and take place directly between private individuals ? This is where the public authorities have a role to play in regulating these practices without breaking the rationale, a difficult, but not insurmountable, task.

So, what are the banks left with ? In the retail banking sector not much to be honest… However, the whole of finance still remains, the juiciest activity. The banks are gradually turning themselves into hedge funds parasites. This is where they make all their profits, neglecting the real economy as too unprofitable and increasingly distant from them.

But this relegation of the financial world’s pertinence to speculation alone is also that which accelerates its fall. If “function creates the organ”, the disappearance of the first “function” of the financial system which is to “finance” economic activity inevitably kills the banking “organ”.

As long as the financial regulation promised in 2008 isn’t actually implemented, whilst the quantitative easings inflate financial assets, this sector will save bank profitability. This is obviously a double-edged sword, since it is also the most dangerous in the event of a turnaround. But until now, it has been the taxpayer who has paid for bank failures.

This model has changed, however. The bailout is no longer in fashion, replaced by the bail in[12]. Henceforth, financial shocks will do much more damage to the banks. It goes without saying that stopping all the different quantitative easings throughout the world would be very damaging to these institutions, which are the main beneficiaries, or simply if the politicians finally dare to regulate the financial sector. Here again, watch out for the jolts on the future path…

In the next decade, we will thus see a dramatic transformation of the banking world. The cumbersome big banks will suffer: giving way to flexible players, decentralized and adaptive. Replaced by citizens retaking control of their savings. In short, giving way to the internet philosophy.

In this regard, our team would like to make a recommendation to European leaders. Currently, strongly growing European companies which need cash only seem to dream of going and financing themselves through the US capital markets. Undoubtedly there are more investors over there. But above all, European stock markets are only national and inadequate on a continental scale, in particular since the latter has a common currency… The creation of a true modern European stock exchange appears, in our team’s eyes, necessary to accompany economic activity in Europe, and it’ s almost surprising that such a stock exchange doesn’t already exist.

By modern we mean decentralized, dematerialized, and regulated especially: a simple and effective system to prevent excessive speculation would be, for example, to introduce a tax, decreasing over time, on the capital gain in the case of the premature resale of shares (from 100% when the resale occurs within seconds of purchase, to 0% when more than a month has elapsed). Such a tax would prevent high-frequency trading and encourage long-term investment. In fact, the goal isn’t speculation but, on the contrary, to serve the real economy. Thus, businesses will be more reassured by this increased stability. Proof that the real economy and finance don’t necessarily go badly together if it’s the politicians who oversee the latter in the collective interest…

[2] As we have written in the GEAB many times, the rise of electronic currencies is hardly in doubt in the future; whether it is Bitcoin which establishes itself ultimately, on the other hand is less clear. Many other trials are in progress in this area, particularly virtual currencies based on precious metals and soon, and why not, on all sorts of raw materials (wood, sugar…). Source : Wikipedia

[6] It is, moreover, thus that the economic statistics continue to serve us as cast-iron information, reflecting the reality of economic dynamics increasingly less.

[7] Silk Road is without doubt the best known of these darknets, since it has been the object of a well published FBI hunt. Source : Wikipedia.

[8] Mafias who also find themselves (like the banks and the rest) increasingly in competition with a whole bunch of “freelancers”.

[9] The seller sees his product publicly rated by his customers forcing him to ensure the quality of what he offloads and carefully oversee his supply chains.