It has been almost a year since President Barack Obama admitted, “in the immediate aftermath of 9/11, we did some things that were wrong. … we tortured some folks.” The administration of Obama’s predecessor, President George W. Bush, carefully crafted a legal rationale enabling what it called “enhanced interrogation techniques,” which is no more than a euphemism for torture. From the U.S. prison camp in Guantanamo Bay to the dungeons of Abu Ghraib in Iraq and Bagram air base in Afghanistan, countless hundreds, if not thousands, of people were subjected to torture, all in the name of the “Global War on Terror.” With the exception of a few low-level soldiers at Abu Ghraib, not one person has been held accountable. The only high-level person sent to prison over torture was John Kiriakou—not for conducting torture, but for exposing it, as a whistleblower.

The legal facade behind which these heinous acts were conducted relied heavily on the cooperation of professional psychologists, who trained and advised the interrogators and supervised the progress of the “breaking” of prisoners. This cooperation, in turn, was dependent on an official seal of approval from the American Psychological Association, the largest professional organization of psychologists in the world. In 2006, the American Psychiatric Association and the American Medical Association both barred their members from taking part in military interrogations.

This month, the APA released a stunning independent report that confirms what whistleblowers and dissident psychologists have maintained for close to a decade, that the APA actively colluded with the U.S. Department of Defense and the CIA, manipulating the APA’s policies, meetings and members in order to get the APA’s endorsement of the Pentagon’s torture program. The association’s board of directors last year commissioned an independent review by former Assistant U.S. Attorney David Hoffman. The 542-page report, dubbed “The Hoffman Report,” undermines the APA’s repeated denials that some of its 130,000 members were complicit in torture. 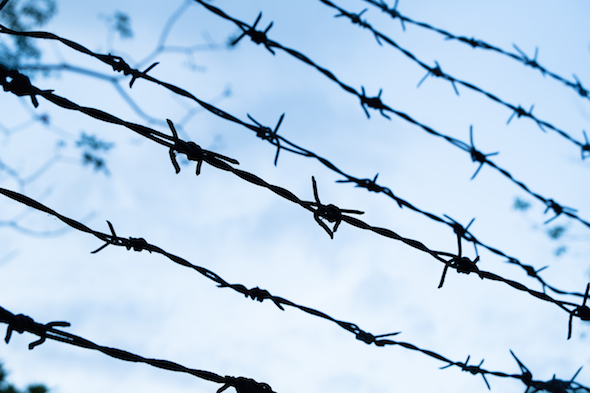 One of those dissident psychologists is Stephen Soldz, a professor at the Boston Graduate School of Psychoanalysis and co-founder of the Coalition for an Ethical Psychology. “Since at least 2005, there’s been a major debate in the association [APA] and the profession about the role of psychologists in national-security interrogations and torture,” Soldz said on the Democracy Now! news hour after the report was released. “The association has denied it … the report says that the association was wrong; the so-called dissidents, the critics were right.”

The report delves into the practices of a key task force created by the APA, the Presidential Task Force on Psychological Ethics and National Security, also known as the PENS Task Force. Created in 2005, the task force met, ostensibly, to determine the ethical standards for psychologists overseeing interrogations. After just two and a half days of deliberations, the task force concluded that psychologists were playing a “valuable and ethical role” in assisting the military. The PENS Task Force encouraged the APA “to ensure that the national security-related activities of psychologists are safe, legal, ethical and effective.” It was later revealed that six of the nine voting members of the task force were from the military and intelligence agencies with direct connections to interrogations at Guantanamo and elsewhere.

“I was appointed to be duped,” PENS Task Force member Jean Maria Arrigo told us on Democracy Now! She was the original whistleblower who exposed the task force as a rubber stamp for torture. “The manipulation began very early on. So, for instance, I was seated between, on the one side, Morgan Banks, who was the head of the BSCT psychologists (Behavioral Science Consultation Team), and, on the other side, the now-president Barry Anton.” Arrigo detailed how the task force was essentially run by Pentagon psychologists, some of them in uniform. While she was told not to take notes, she did anyway, and has since created the PENS Task Force archives at the University of Colorado at Boulder. Arrigo was lied to about the PENS process, suggesting future meetings would be held where her concerns about torture would be addressed.

The Hoffman report is sending shockwaves through the APA.  The director of the APA Ethics Office, Stephen Behnke, considered the “chief of staff” of the APA/Pentagon/CIA collusion, is out, followed by the “retirement” this week of the APA’s CEO, Dr. Norman Anderson, the Deputy CEO, Dr. Michael Honaker, and the executive director for public and member communications, Rhea Farberman.

When asked if there should be indictments, Stephen Soldz said, “There should be a legal investigation.” He is calling for the FBI and Justice Department to investigate. Stephen Benke, the ousted APA ethics head, meanwhile, has hired as his legal counsel the former head of the FBI, Louis Freeh.

Amy Goodman is the host of “Democracy Now!,” a daily international TV/radio news hour airing on more than 1,300 stations. She is the co-author, with Denis Moynihan, of “The Silenced Majority,” a New York Times best-seller.