Who Is to Blame for Greek Crisis? Goldman Sachs Takes Heat

Goldman Sachs Banker, who got $12 million for getting Greece into the Eurozone by falsely extolling its financial capacity, could now see a lawsuit. 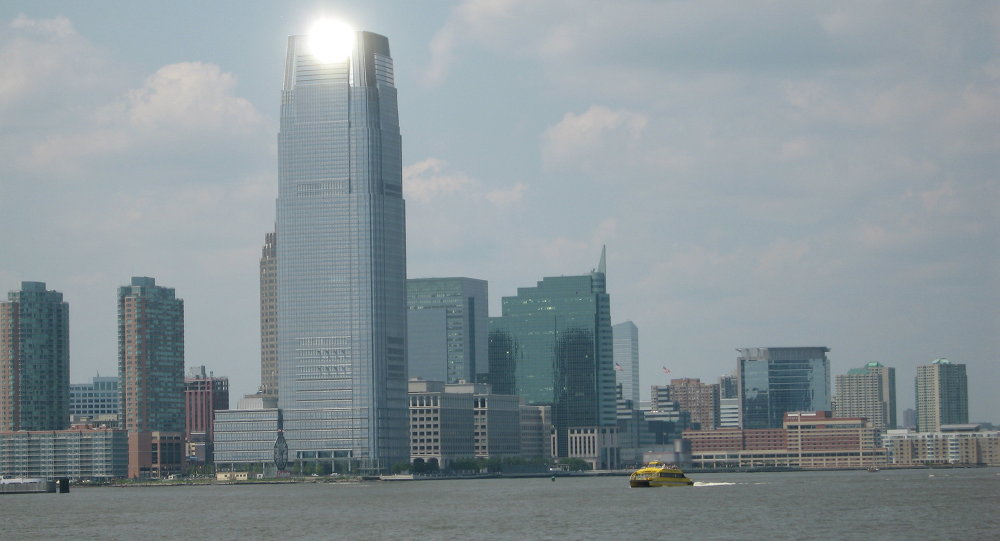 The current financial crisis in Greece traces back to 2009 when Goldman Sachs financial architect Antigone Loudiadis made a deal allowing the country to convert its huge debt into euros and then restructure it at more favorable rates.

The Oxford-graduated managing director of Goldman Sachs played a leading role in setting up complex derivative transactions to claw back millions of dollars Greece paid the bank to ensure its position in the euro market.

In the awake of the upcoming deal with Greek creditors, the story came out, unveiling well-hidden reasons for Greece’s deep, extended financial crisis.

The actual amount of Greek debt could have been revealed earlier if the investment bank did not use complex financial deals to help Greece to keep it in the EU following the strict Maastricht rules for eurozone membership.

Goldman Sachs allegedly made $500 million off transactions widely known among financial experts as “swaps,” for which Antigone Loudiadis received $12 million in a year. The Goldman’s former swaps designer Jaber George Jabbour, has written a formal letter to the Greek government stating it could “right historical wrongs as part of [its] plan to reduce Greece’s debt”.

Jabbour is known for his successful assistance during the economic crisis in Portugal and his contribution in the unmasking of Goldman Sachs’ illegal actions toward Libya’s government that brought about billions of dollars in loss.

Greece has a chance to have some amount of amends returned if the Goldman Sachs deals are executed only to hide the country’s debts.

Throughout the years of Greece’s membership in the Eurozone, billions of easy credit became available for Greeks which ended up in default and the current financial crisis.

Greece is facing expulsion from the EU because of a financial crisis and could be forever ‘grateful’ to Goldman Sachs, which swapped debt by Greece in dollars and yen for euro using a mechanism — historical exchange rate — making the debt significantly smaller. The bank made 2% of the debt disappear from Greece’s bank accounts.

#JaberGeorgeJabbour,who formerly DESIGNED #SWAPS @ #GS has OFFERED his #LEGALTESTIMONY to HELP GET #GREECE'S #MONEY BACK from @GoldmanSachs!

Goldman Sachs persuaded Greece not to test the deal with competitors to make sure the value of the currency would be appropriate.

The investment bank made an exorbitant profit out of transactions thanks to the size and architecture of the deal, guided by Loudiadis, who reportedly has been richly rewarded by the bank for her dealmaking prowess.

An uncommon practice among small countries eager to enter the EU by hook or by crook is using convoluted transaction schemes to reduce their debt. In 2008, Eurostat, the EU economic statistics agency, said Greece didn’t state Goldman Sachs transactions after the agency asked it and other countries to restate their accounts.

Whereas Goldman claimed no clashes with Eurostat rules, the bank explained the decision to lower the Greek debt by €2.37bn had a “minimal effect on the country’s overall fiscal situation”.

Goldman never revealed how much it made on the swaps.

“For a legal action to go ahead, Greece would have to show that Goldman Sachs said something it knew was untrue or which it did not care was true or not”, said a former banker advising in court cases with bank derivatives Saul Haydon Rowe.

Lack of risk management and financial expertise has been named as one of the reason the country has been buried in debt for a number of years when it used foreign loans to cover its budget deficit.

Financial experts still rule the world like it was in the financial crisis of 2008 making decisions with a long-run negative impact that imperil the economic and financial security of Eurozone.