22 Aug 2015 – While US interventionists continue to promote a collection of policies that have repeatedly failed, China and Russia are acting as a magnet for forces of “the rest” aiming to build an entirely new economic infrastructure, US experts Dimitri K. Simes and Richard Burt note. 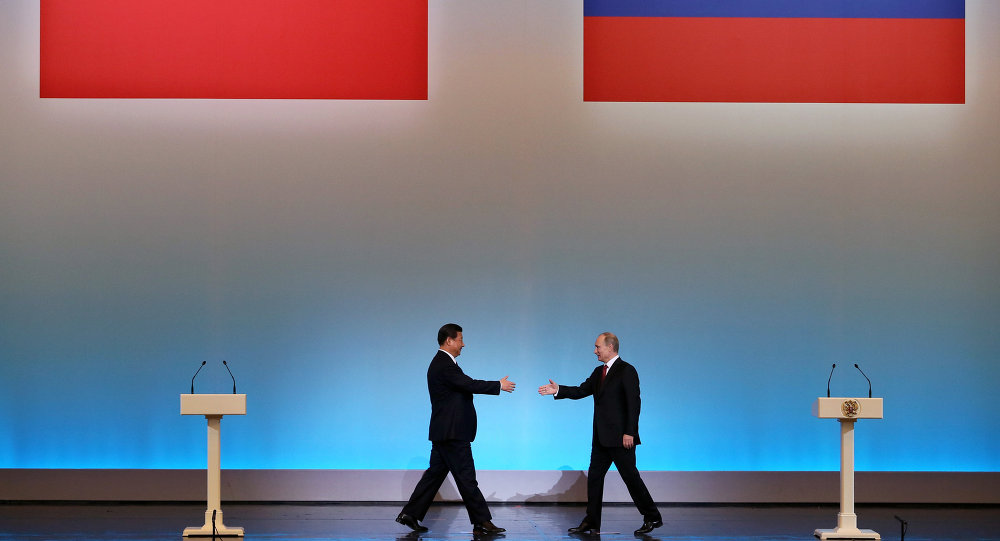 The US’ ability to “think and talk seriously” about international affairs has deteriorated tremendously, US president of The Center for the National Interest Dmitri K. Simes and former US Ambassador Richard Burt note, adding that while the world is becoming more complex, American high-ranking interventionists continue to promote a bundle of policies – “regime change, top-down democratization, militarized nation building and counterinsurgency warfare” – which have proved ineffective.

“The shared assumption among neoconservatives and liberal interventionists about American unipolarity – that all it takes for US power to reshape the world is the exercise of the necessary will – is ever more in conflict with the main forces at work in the international system today,” the experts pointed out in their article published by the National Interest.

“The result (in the Middle East in particular) is a generation of American intervention that has done more harm than good,” the experts added.

However, ignoring Einstein’s ingenious concept that insanity is “trying the same thing over and over again with the expectation of getting a different result,” some Washington policy makers are suggesting to launch an offensive against Bashar al-Assad in Syria and aggravating further tensions with Moscow over Ukraine.

To complicate matters further the triumphalists continue to dominate the US’ foreign-policy discourse, while the clouds begin to gather on America’s horizon and the country faces new emerging challenges.

According to the experts, one of the most serious challenges for the United States is the rise of China. Although China has its own “weaknesses,” it is highly unlikely that Beijing will face the fate of the USSR. “Its economy is far stronger than the Soviet Union’s was in the 1980s,” and its pragmatic leader Xi Jinping is not an “inept, romantic Gorbachev-type.”

In this light a Sino-Russian rapprochement prompts growing concerns among US geo-strategists, including well-known American diplomat and political scientist Henry Kissinger.

Citing prominent Chinese expert Yan Xuetong, Burt and Simes pointed out that although Moscow and Beijing “staunchly deny” that their alliance is “directed against anyone else,” it is “impossible” for the Sino-Russian collaboration to “not influence the outside world.”

“China and Russia, acting as a magnet for forces of ‘the rest,’ are already beginning to build a new economic infrastructure as a complement and eventually an alternative to the Western-controlled international financial system,” the experts stressed.

While Sino-Russian plans to build an alternative security coalition are in the “embryonic stage,” such a possibility cannot be excluded, they warned.

“The big question facing the United States at this critical junction, then, is whether we can pursue a mix of policies with China, with Russia or in the Middle East that amount to a coherent overall strategic approach,” Burt and Simes underscored.

“Put differently, if the United States is able to find a way to induce Moscow to collaborate in finding a settlement in Ukraine and then can establish an unappealing but strategically useful modus vivendi with Russia,… then Washington may have the necessary focus and wherewithal to meet the challenges of a rising China,” the experts claimed.